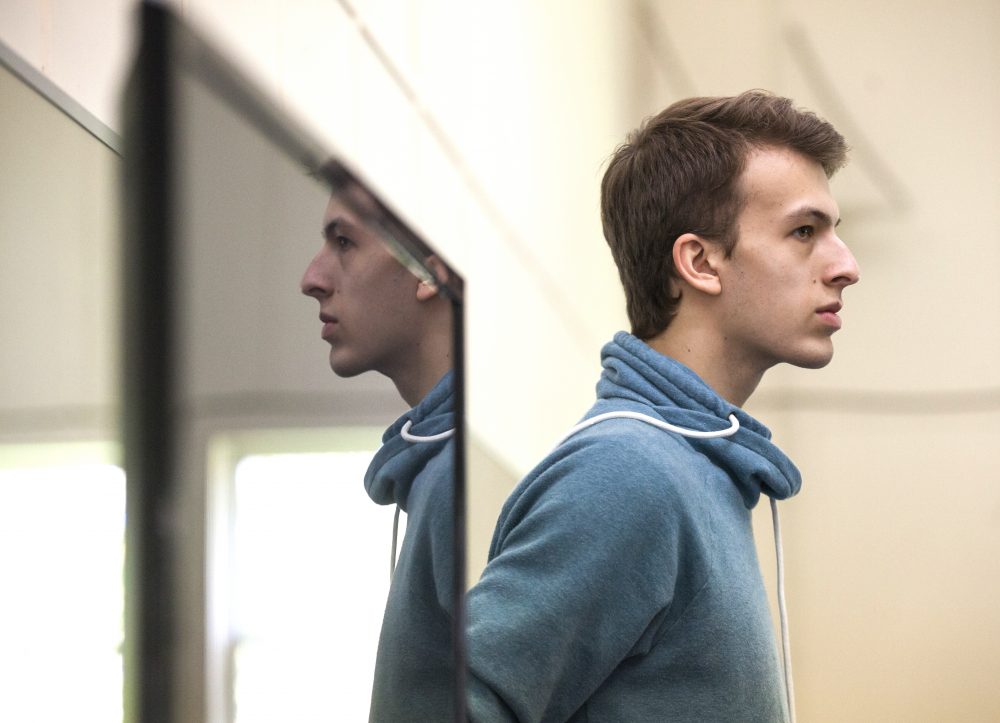 This season of dance at Chautauqua Institution has featured an array of well-known choreographers, from Alvin Ailey and George Balanchine to Sasha Janes and Ólafur Arnalds and others from across the globe. While their works are celebrated, the School of Dance continues to create opportunities for budding choreographers — its students.

At 5 p.m. Friday in the Carnahan-Jackson Dance Studio, 12 student choreographers will showcase their original works. They began working on their pieces about two weeks ago, after being selected by dance faculty from a group of more than 20 students. Students from the Music School Festival Orchestra will also play music for many of the pieces.

“I was really excited to choreograph because I have a big imagination,” said Chiara Valle, 19. “I like to work with that to try and tell a story.”

Earlier this year, Valle was diagnosed with a rare bone tumor on her upper femur that prevented her from dancing for seven weeks. Valle said she used that unexpected diagnosis as inspiration for her piece, “Hope.”

“It’s experiences like that that really challenge you to think and work in a new way,” Valle said. “It made me appreciate more how much I love to dance.”

This is Valle’s second time choreographing for the workshop. During the year, she dances as a trainee with The Washington Ballet and takes classes online through Northeastern University, where she studies biological sciences.

Valle dances in four other pieces. Her choreography features four dancers, including a lead female dancer who, in the beginning, finds herself in a state of isolation.

“I hope it inspires other people,” Valle said. “It might be emotional, but that’s what I’m excited for. I feel like that’s what tells a good story.”

Mark Diamond, resident choreographer and director of the Choreographic Workshop, chose Ryan McCreary, 21, and Anna Peabody, 20, both students at Indiana University, as rehearsal coordinators for the show.

It was a task that McCreary said was challenging because of the dancers’ already-busy schedules and their involvement in multiple pieces in Friday’s performance.

“I think everyone really has gone above and beyond,” McCreary said.

The dancers spent late nights working on their pieces and came in on their days off to perfect them.

In the weeks leading up to the show, McCreary and Peabody worked together to organize the program, gathering the names of all the pieces, dancers and musicians from the School of Music who are playing music for the performance.

They took some pages from Glenda Lucena’s book. As the school’s ballet mistress, Lucena is responsible for creating the master schedule for classes, rehearsals, fittings and any other additional programming. In short, McCreary said, Lucena is “very organized.”

“She’s definitely given us some input,” McCreary said. “It’s kind of a training opportunity for us to be able to schedule things and put the program order together.”

McCreary, who recently performed with alumni in the “Evening of Pas de Deux,” is also in three pieces tonight.

“It is really cool to see all of the choreographers, what they create,” McCreary said. “You kind of see a little bit of who they are in their movement and how different they are and what they ask people to do and the stories that they have.”

Nicholas Gray, 20, shamelessly admitted that he’s had a difficult summer at the School of Dance.

“There’ve been times where you don’t get cast in a role you want and that is hurtful,” Gray said. “Seven weeks is stressful, and it can be a long time.”

His piece, “Smile,” choreographed to Charlie Chaplin’s song of the same name, draws on his experiences this summer.

“Everyone, at some point in their life, goes through that,” Gray said. “Heartbreak, pain — something, so I’m trying to represent that.”

Gray, who’s studying dance and minoring in theater at Indiana University, said he wanted to “create a character out of the dancer who is relatable for the audience,” who can communicate the pain and sadness to them. In addition to debuting his choreography, Gray will dance in four pieces.

Sometimes, Diamond said, the hardest thing about choreography is getting started. According to Diamond, the workshop is less about choreographing a complete ballet and more about starting one. That process includes learning how to choose steps and music, lead from the front of the studio, work with other dancers and “structure movement in space.”

“Most of them have been very amiably and comfortably together because it’s a very close-knit group this summer,” Diamond said. “They are really kind and getting along very well.”

The students are not allowed access to the costume department but instead must come up with their own outfits, something that Diamond said helps the program run smoother because each piece only lasts three to six minutes. He gave the student choreographers the theme of movement, instructing them to choreograph their pieces in a contemporary style so that they can “try and create steps that they’ve never seen before.”

“It’s nice to watch the choreographer watching their piece unfold,” Diamond said. “It’s an exciting moment to feel their experience.”