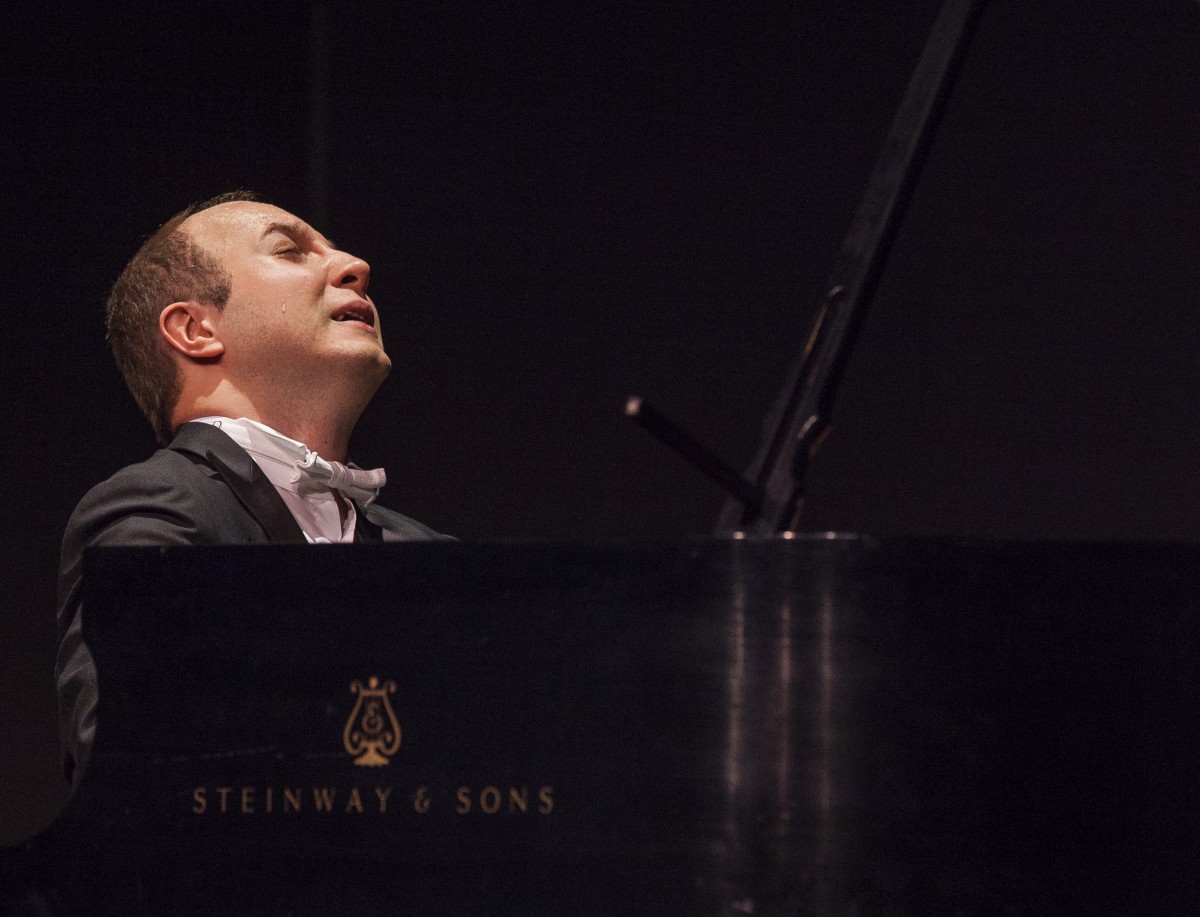 These days, pianist Alexander Gavrylyuk is reading Eastern philosophy, Russian acting methodologies and modern musicological research. The connection, for him, is the search for zen in music, which will serve as the theme during his time at Chautauqua this summer.

“In a very honest, sincere performance, there is no ‘performance’ as such,” he said. “There is simply the connection between the divine world created by the composer and the audience.”

It’s that honesty that Gavrylyuk tries to bring to every concert. In his recital at 8:15 p.m. Monday June 25 in the Amphitheater, he will present a carefully selected, thematic program.

“The idea of the program and the choice of works is about awareness of the beauty of human life in different stages of maturity and the awareness of the danger of war, which has today and in the past destroyed beauty in the worst possible way,” he said.

The program will open with Johann Sebastian Bach’s Italian Concerto, described by Gavrylyuk as “an outburst of joy … a purity that can be associated with the unconditional zen of life and universe.”

In the context of the program, he said, it represents the purity and innocence of new birth.

After intermission, Gavrylyuk will perform a series of Rachmaninoff’s famous preludes. For Gavrylyuk, those works are filled with a universal strength and wisdom in the face of strife and despair.

“He’s always looking for resolution — for these joyful, glorious climaxes that kind of defeat the darker side,” he said.

In a perfect world, victory over strife and despair might be the end of the program. But Gavrylyuk has chosen to close the concert with Prokofiev’s Piano Sonata No. 7, the second of the composer’s three War Sonatas, all written in World War II under Stalin’s Soviet Union.

“This piece at the end of the program is an example of how all of the above can be brutally destroyed,” he said. “The third (and final) movement is sort of the counter-attack against the aggressors of evil in the most bombastic victory, leaving us with hope not to repeat such horrible mistakes and horrors.”

This recital marks Gavrylyuk’s 13th consecutive summer performing at Chautauqua Institution. When he arrived on the grounds for the first time, 13 summers ago, he was in awe.

“I had never been to a place like that in my life, and I was so impressed by the energy, by the atmosphere, by the concept,” he said. “It was a completely new revelation for me. It was the beginning of a very strong and valuable relationship for me.”

But the pianist didn’t stop to enjoy that atmosphere — he had work to do.

“I came to Chautauqua and I was a little bit nervous because of my program, so I went straight to practice as soon as I arrived,” he said.

That work ethic has paid off for him. Gavrylyuk now enjoys a career as one of the world’s foremost concert pianists, performing recitals and concerti to sold out audiences at classical music’s most prestigious venues.

On that first visit, he was just 22 years old. Now, at 34, he’s a different man in large part, he said, because he’s now the father of two girls.

“When one has children, one stops living for oneself and starts living for more important things,” Gavrylyuk said. “That’s a nice mentality change for a musician because one is able to have a wider horizon of vision in music. It expands how much you can allow the music to give to the audience.”