John Irving is certainly familiar with the written word — but he’s trading the pen for the lectern. 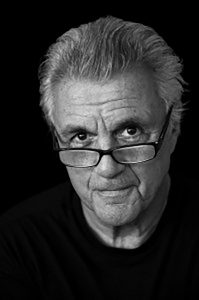 Irving, joined by writer and The New York Times Book Review editor Pamela Paul, will open the 2018 morning lecture series at 10:45 a.m. Monday, June 25, in the Amphitheater with a conversation about “The Life of the Written Word.”

“The conservation will likely be about my process as a writer, both as a novelist and as a screenwriter,” Irving said.

This year marks the 50th anniversary of Irving’s first work, Setting Free the Bear. Since then, his 14 novels have earned literary — and motion picture — accolades.

His 1978 international best-seller, The World According to Garp, received a National Book Award and became an Academy Award-nominated film featuring the late Robin Williams. Irving’s sixth novel, The Cider House Rules, took to the screen and in 2000 won Irving the Oscar for the Best Adapted Screenplay. 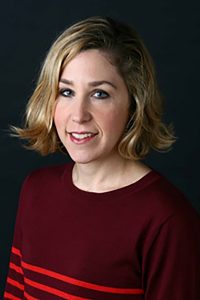 An accomplished author and former correspondent for The Economist, Paul is also keen on the written word and will accompany Paul during today’s lecture.

“The life of the written word is everything,” she said.

Her five books range from investigations into the “baby business” in Parenting, Inc., matrimony in The Starter Marriage and the Future of Matrimony, and pornography, to a memoir about her relationship with literature titled My Life with Bob: Flawed Heroine Keeps Book of Books, Plot Ensues. The two writers share similar expectations for their conversation.

Paul said she hopes to discuss how Irving’s reading relates to his writing and how his themes have evolved over time.

“It would be interesting to talk about his trajectory and the themes that he’s gone back to and returned to and the ways in which his novels have often changed overtime. I always think it’s interesting to talk to writers who don’t have one, or two, or five books under their belt, but a dozen.”

Although his writing features contemporary motifs — like sexual politics in In One Person and A Widow for One Year, to war in A Prayer for Owen Meany — Irving said he draws inspiration from early 19th-century novels.

“Dickens was the novelist who made me want to be one,” he said. “Melville was the writer who showed me how to end a novel.”

The influence of such writers is rejected in his “ending-driven” novels, Irving said, a point that Paul reiterated.

“Irving is a writer that has a lot of admiration for the great writers of the 19th century,” Paul said. “I think that is something he is conscious of — sort of continuing certain traditions and being a writer that people return to.”

This is Irving’s first visit to Chautauqua Institution, and he hopes the audience is, at the least, entertained by his conversation.

“I don’t want to burden the audience with my expectations,” he said. “I hope they’ll be entertained. Despite the worst-case scenarios, I am a comic novelist.”

Paul is no stranger to the Institution — this is her second time on the Amp stage. In 2016, she joined then-editor-in- chief of The Paris Review Lorin Stein and editor of The Kenyon Review David Lynn in a panel led by author Roger Rosenblatt about technology’s impact on literature. She also hopes the audience finds value from their conversation.

“I want to inform, enlighten and entertain,” Paul said. “If I could do even one of those that would be great; if I could do all three, that’s great, too.”