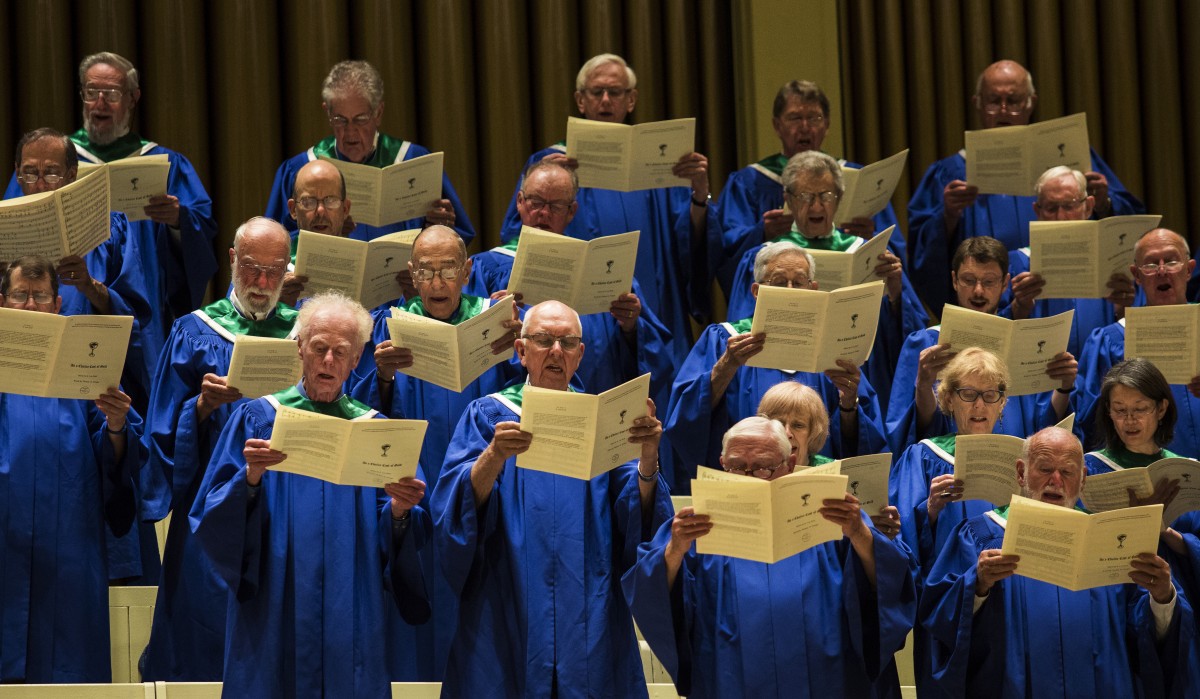 Jared Jacobsen first came to Chautauqua when he was just five years old. Now, as the Institution’s organist and coordinator of worship and sacred music, Jacobsen is a seasoned Chautauquan who understands the importance of preserving tradition.

But this year, to kick off the 2018 Sacred Song Services, he’s taking a risk.

Normally my opening Sunday night is a bulletproof, fun service with lots of things that are easy to sing, just because we’re all happy to be back together again,” Jacobsen said. “But this year, this country and the world are so scattered and shattered. I just felt like we needed to deal with that from the get-go.”

At 8 p.m. on Sunday June 24 in the Amphitheater, Jacobsen and the Chautauqua Choir will perform “And Who is My Neighbor?,” a set of hymns that call upon the audience to act as good Samaritans in the face of strife.

Jacobsen said the idea for this service first came to him after the Parkland High School shooting in Florida, when a Chautauqua Choir member sent him one of the hymns, called “If We Just Talk of Thoughts and Prayers” by Carolyn Gillette. The hymn challenges listeners to live out their faith and promote peace and justice.

“Within two or three days, six other people from around the world sent me the same hymn,” Jacobsen said. “And I thought ‘I need to pay attention to this.’ ”

All of the hymns are written by Gillette, a Presbyterian pastor. Jacobsen said they collectively speak to a “thinking theme.”

Although the hymns are not typical of an opening service, Jacobsen is confident that the audience will respond well.

“One of the beauties of Chautauqua for me is that it’s never shied away from issues,” he said. “This is a little bit of a risk for me, but I just felt like these texts were so good. I think they are poetry that points to what we need to be thinking about right now.”

Of course, Jacobsen will still include classic favorites for the opening and closing of the performance. “Day in Dying in the West,” a hymn written for Chautauqua in 1877, will kick-off the service. Jacobsen will close with “Now the Day is Over,” followed by the traditional postlude, “Largo.”

“With very, very few exceptions, ‘Largo’ has closed Sunday nights at Chautauqua,” he said. “Everyone who has ever been to Chautauqua, whether they are Christian or not, has heard ‘Largo’ at some point.”

As the first service of the year, this performance comes with minor challenges. Over the winter, the organ’s control panel suffered water damage.

A maintenance worker caught the water leak early on, but the crew still faced challenges in servicing the organ.

“This is all happening in a white-out blizzard here in Western New York the week after Christmas, so there was some urgency to the project, but there were also a lot of obstacles to deal with,” Jacobsen said.

The most extensive damage was to the organ’s keyboards, which were shipped off for repair and returned Wednesday. Though Jacobsen did not have his usual scheduled time to practice, he is optimistic about Sunday’s service. Had the repaired keyboards not arrived in time, Jacobsen said the new Amp is equipped with backup resources.

“If all goes well, it’ll be playing on Sunday morning,” Jacobsen said. “If not, I have a plan B and a plan C.”