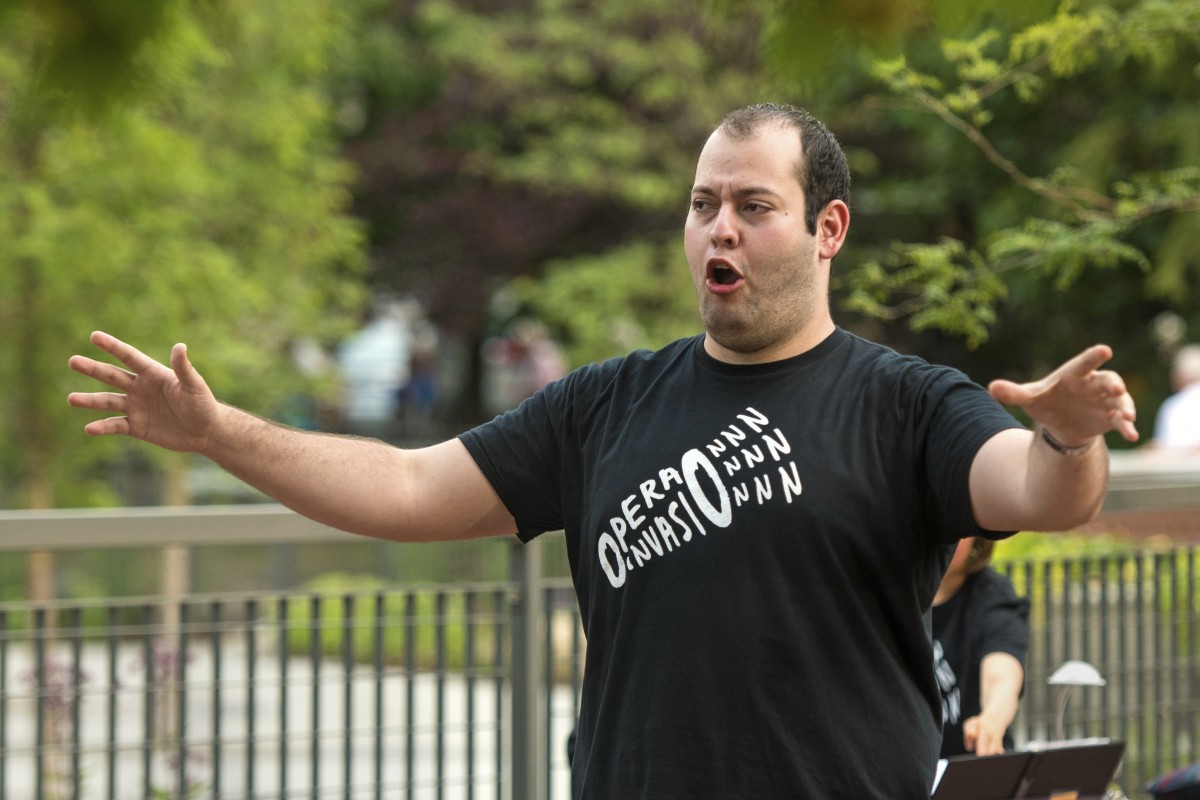 Chautauqua Opera Company’s first invasion will use the Institution’s architecture to bring opera to the streets. Ballads on Balconies, the first of six Opera Invasions, will lead patrons starting at 3:45 p.m. Sunday, June 24, from the Amphitheater to the art galleries. Chautauqua Opera’s 24 Young Artists will be stationed on balconies and porches around the grounds starting near Odland Plaza at the United Methodist House, 14 Pratt, and ending at Fowlerer-Kellogg Art Center.

Steven Osgood, general and artistic director of Chautauqua Opera, wanted to capitalize on opening weekend and free admission Sunday for the new invasion performance. He also wanted to change the typical invasion format. Instead of making the artists move around Chautauqua, he wanted to lead people from one station to another.

“I had always been looking at porches and balconies since I first got the job, so it was like the stars aligning,” Osgood said.

With the help of Bob Jeffrey, a member of Chautauqua Institution Board of Trustees, Osgood was able to secure 13 prime locations for the performance. Of the 13 performances, three of them are duets. Instead of singing from the same balcony, those performing duets will be on opposite sides of the street and will perform across from each other. Osgood said those particular performances will be fun.

Arias from Chautauqua Opera’s season will be performed, including “Oh, Happy We” from Candide and “Deh vieni alla nestra” from Don Giovanni, as well as ballads from Carmen, L’elisir d’amore and other works. Though Osgood is looking forward to seeing the Young Artists perform on every balcony planned for the invasion, the performance at the Methodist House holds sentimental value. His dad was a Methodist minister, and when his parents visit, they hang out on the Methodist porch. Osgood often joins them after rehearsals.

“So starting there, where I’ve spent so much time hanging out, will be fun and a perfect location for people coming out of the Amphitheater,” Osgood said.

Opera performances in Norton Hall require an additional ticket that is not included with a gate pass, which can be a hurdle for some people, he said.

By hosting invasions, people who have never had the chance to experience opera can do so without the extra cost.

“They’re here, so we just have to get out,” Osgood said. “It’s not just enough to do something in our home. We have to go out and do stuff in other people’s homes.”