A year after the 1865 publication of Alice’s Adventures in Wonderland, the author wrote to his publisher: “Friends here (in Oxford) seem to think that the book is untranslatable.”

His friends were wildly wrong.

An idiosyncratic work packed with puns, nonsense, doggerel, idioms, absurd and bizarre situations, Alice is quintessentially British, a Victorian puzzle crafted by the wordsmith, mathematician and Oxford don, Charles Dodgson, writing as Lewis Carroll. And yet it has been translated into more than 9,000 editions in 174 languages, according to a massive three-volume study Alice in a World of Wonderlands: The Translations of Lewis Carroll’s Masterpiece.

The study began as a catalogue for an exhibit of the same name at the Morgan Library & Museum and the Grolier Club in New York in 2015, the 150th anniversary of the release of Alice. At 3:30 p.m. Tuesday June 26 in the Hall of Christ, Jon A. Lindseth, who with Alan Tannenbaum edited the compendium and curated the project, will deliver a lecture and presentation about it in the first of the Heritage Lecture Series for 2018. 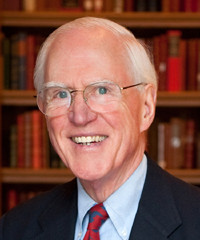 Lindseth is a bibliographer and book collector. He is also an emeritus trustee of Cornell University, a fellow of the Morgan Library & Museum in New York and a member of the bibliographical organizations the Grolier Club and the Rowfant Club.

“Alice in Wonderland is just the sort of book you’d think no one would try to translate, which is part of what makes its history and this compendium so extraordinary,” Rebecca L. Walkowitz wrote in the Los Angeles Review of Books in 2016.

The first translations of Alice appeared in German and French in 1869. It has since been translated into every European language, including six Spanish and six Celtic dialects. With the assistance of 250 translators, scholars and literary historians, Lindseth determined that there are currently 463 editions in Chinese. Besides being rendered in 12 languages of the Indian sub-continent and eight African languages, Alice has appeared in the Australian aboriginal language Pitjant- jatjara, Cockney, Brazilian sign language, and invented languages like Esperanto and Alphagram.

The first book of Lindseth’s three-volume, 2,656-page labor of love features 188 scholarly essays and includes 15 pages of color reproductions of cover images for the translated editions, showing the transformation of the book into vibrantly distinct cultural interpretations.

The second volume contains back translations — the translating of a foreign language edition of the book back into English by nearly 200 contemporary scholars of the eight pages of chapter seven, “A Mad Tea-Party.”

You know the story: Having fallen down the rabbit hole and into a new world, Alice finds herself as a guest at a tea party along with the Mad Hatter, the March Hare and the Dormouse, who regale her with stories, poems and riddles including, “Why is raven like a writing desk?”

“Twinkle, twinkle little bat!/ How I wonder where you’re at!” the Mad Hatter intones to Alice.

“You know the song, perhaps,” he asks her.

Volume two includes no less than 200 versions of the mad tea party story (a mad beer party story in an Old English translation). The little bat is rendered variously as a “little goat,” in Yiddish and a “little clock” in Swedish. Each translation takes on a unique cultural life of its own.

The third volume comprises checklists and bibliographical information for more than 7,600 editions of Alice and 1,500 editions of its sequel, Through the Looking-Glass.

Altogether, Alice in a World of Wonderlands is an impressive feat of scholarship and lots of fun. It chronicles how the story has been adapted for a wide range of audiences around the world. But it’s about much more than the translations into so many languages; it’s about the organic nature of language itself, about its fluidity and ambiguity and playfulness, which is, after all, what Carroll was exploring in the first place. 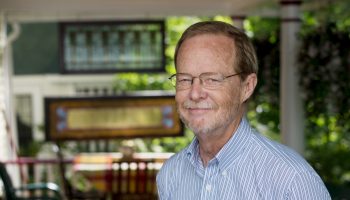