When a much admired and beloved leader moves on — in this case, Jay Lesenger — the successor confronts an especially daunting transition. Happily,  during his first two seasons, Chautauqua Opera Company’s “new” general and artistic director, Steven Osgood ably demonstrated that he is up to the challenge. 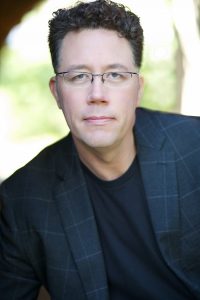 Under Osgood’s leadership, a collection of 24 talented Young Artists not only perform indoors and on the Amphitheater stage on sets and in costumes, wigs and make-up crafted by the Chautauqua Opera’s world-class designers — but also outdoors wearing themed T-shirts during seemingly spontaneous “opera invasions.” They introduce Chautauquans throughout the grounds to a range of operatic music and engage with them through the sheer fun and versatility of opera.

This season, over 30 unique operatic events that are indicative of the splash that Osgood has been making by connecting opera’s past, present and future. They include six Opera Invasions, three Young Artist Open-Mic sessions and a series of celebrations: the centennial of Leonard Bernstein’s birth, the 50th anniversary of the Young Artists Program and the third anniversary of Chautauqua Opera’s Composer-in-Residence Program.

At 9:15 a.m. Thursday, June 28 at the Chautauqua Women’s Club, Osgood will talk about “What happens when something is sung: Why all the kids today want to write opera,” as part of the CWC’s Chautauqua Speaks program.

Osgood isn’t kidding. Before the 2018 season even began, four of his 2018 Young Artists performed the fairy tale, The Bremen Town Musicians, for students in more than half of Chautauqua County’s approximately 30 elementary schools.

As a father of two children, aged 14 and 10, Osgood understands the importance of sharing opera with the young and the young at heart. Growing up as the son of a United Methodist pastor in the greater metropolitan New York region, he said he began “pounding on the piano” of his father’s first church, in Dix Hills, Long Island. Although he dabbled in others, the piano became his main instrument.

For Osgood, an awareness of opera did not occur until shortly before he earned his undergraduate degree in theater arts — which included just one music theory course — from Drew University and headed to New York to work in theater.

In New York, Osgood interned and then became a company member with the Irondale Ensemble, an experimental theater company that uses improvisation in developing its own company-generated works.

“That gave me … a lot of leeway to just play with things,” Osgood said. “So I was reading about opera and exploring opera, and then (Irondale) needed a music director, so I became music director of the company, and I could create the company members’ musical events, and those became more operatic.”

After five years with Irondale, Osgood wanted to move from experimenting with operatic material to becoming an opera director. Deciding he should just go try it, he said he essentially jumped ship. He’d found the art form that gave him an outlet for all of the artistic in influences that had been a part of his life all along, but he just hadn’t known it.

Osgood said that his jump to opera “coincided with a real kick in American opera — the art form, the industry — for new American works.”

“And my theatrical background, where you basically do new theatrical works and you also do Ibsen, Chekov and Shakespeare, well, I was very well versed in the language of new works and creating and developing them,” Osgood said.

Without having pursued graduate studies in either opera or conducting, Osgood made his own way within the opera world via the old European apprenticeship model. He said he started out by playing the piano at Opera North, a summer music festival in Lebanon, New Hampshire — the only full-time professional opera company in the states of New Hampshire, Vermont and Maine. Thus began his career to date as a freelance opera conductor.

“Opera is an art form for today. The people writing (operas) are facing the same issues and thoughts about life and the world, as are audience members,” Osgood said. “What I love about the balance of my career and repertoire is that by spending so much time with today, when I go historically, I’m programmed to look at it as a new piece.”