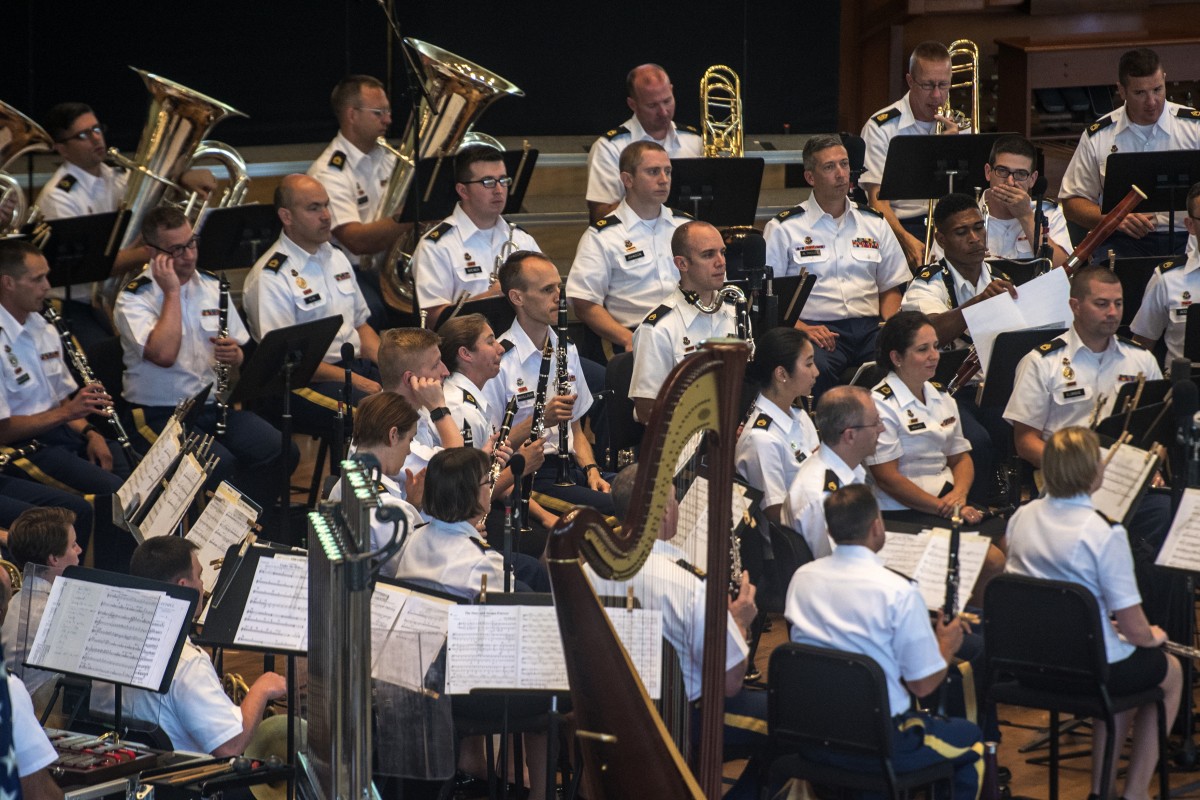 Brian Sacawa has been a New Yorker his entire life and a musician since the fourth grade. As long as he is a member of the U.S. Army Field Band and Soldiers’ Chorus, those two characteristics will continue to evolve. The field band and chorus will perform at Chautauqua for the 36th time 2:30 p.m. on Sunday, June 24, in the Amphitheater, and Sacawa will be there, saxophone in hand, marking his 15th year as part of the tradition.

“It is a great honor, as we love the Chautauqua Institution and all of the people involved,” Sacawa said. “This is the first stop on our tour and it is really, really become a part of what we do and it just would not seem like summer for our members without it.”

Since the Field Band’s formation in March 1946, and the Soldiers Chorus in 1957, the group has appeared in all 50 states and in more than 30 countries, with both traveling 100 days annually.

The field band and chorus have an extensive repertoire and can perform genres all across the board, but what they have lined up for Sunday’s show serves the explicit purpose of spreading a fundamental message through song.

“The program that we will perform is called ‘the Army story,’ ” he said. “We are storytellers in a way, and what we want people to realize is that the story of the army is actually the story of America itself.”

Along with rich sounds and rhythmic movements from the musicians, an additional visual counterpart accompanies the eld band and chorus exclusively for this set.

“The Army story’ is not just speaking and plain,” he said. “We actually have video screens that we travel with, specifically for this program, to help illustrate things to increase the impact that the music and the message has on the audience.”

Reflecting on past tours, Sacawa said the most important resource the band provides is a bridge between a national audience and their armed forces.

“We are all soldiers, and we represent all of the soldiers in the military who are doing hard jobs all around the world on our behalf so that we can live in freedom and have the right to enjoy concerts like the one we are going to play,” he said. “It is so very important for us to be using these opportunities to honor our veterans so that they know and audiences know that their service and sacrifice will never be forgotten.”