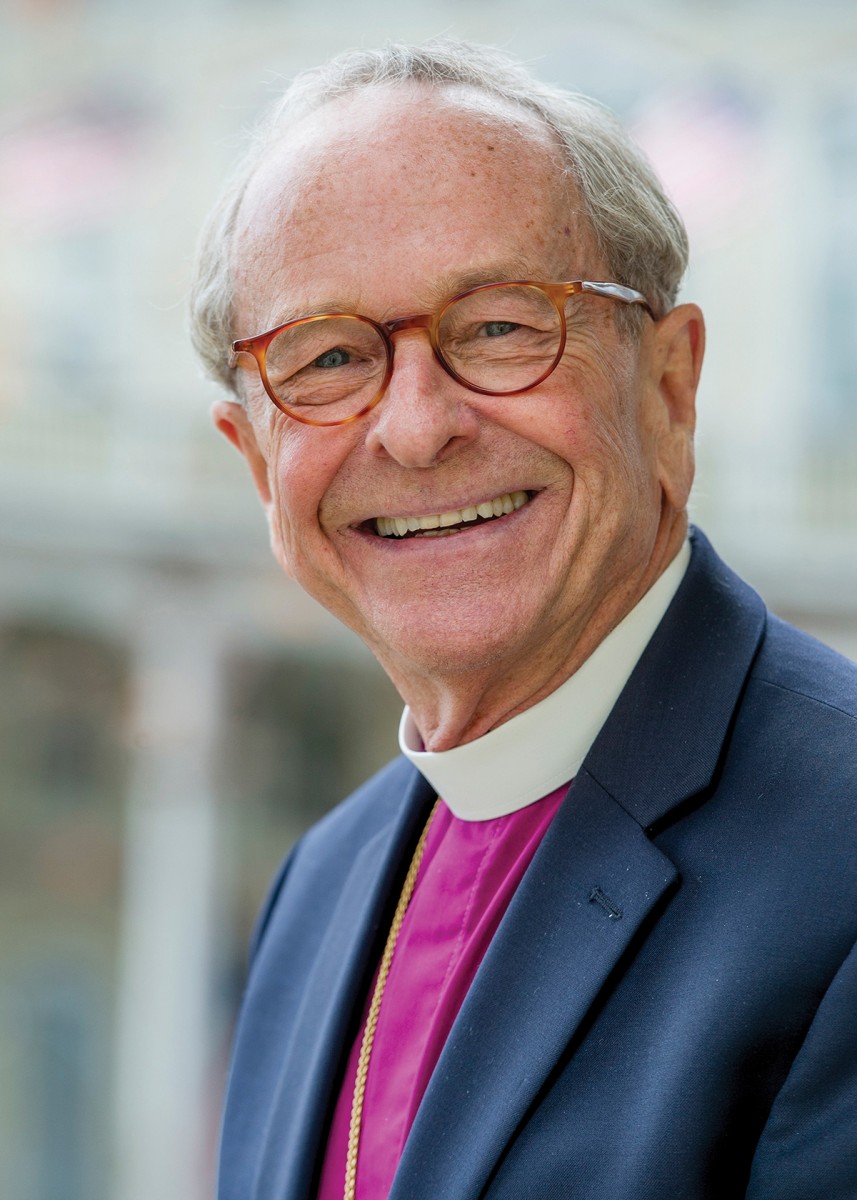 Throughout his career within the Episcopal Church, the Rt. Rev. V. Gene Robinson has garnered worldwide attention. As the first openly gay priest to be elected bishop in the Christian faith, he was celebrated by many, including former U.S. President Barack Obama. In 2009, Robinson offered the opening prayer at Obama’s inauguration, an experience he said was an “unspeakable honor.”

At the same time, there was retaliation from those opposed to progressive change.

“For about two-and-a-half years, I had daily death threats,” Robinson said. “I had to wear a bulletproof vest at my consecration because the FBI deemed those threats to be credible.”

Now, as the retired bishop of the Episcopal Diocese of New Hampshire, Robinson brings years of experience, activism and reflection to Chautauqua as the first vice president of religion. Before accepting his role at the Institution, he served as a senior fellow at the Center for American Progress, a public policy and advocacy organization in Washington, D.C.

Robinson is not only a strong advocate for LGBTQ rights, but also for worldwide religious tolerance and inclusion. Under his leadership role, he hopes to emphasize interfaith work both inside and outside of the Institution.

“One of my messages this summer will be that each religion would be just a little better off with a bit more humility,” Robinson said. “I don’t mind telling you what I believe, from my experience. But I’m pretty reticent to tell you what your experience needs to be.”

To help accomplish this goal, Robinson introduced Interfaith Fridays to the afternoon lecture series. For the season’s nine Fridays, nine speakers representing different religions will discuss why they believe interfaith work is important and impactful. Robinson will act as moderator for these lectures.

“As we all know, religious differences have been at the center of all kinds of wars and horrific things going on. God must be so sick of being attributed as the reason we should be killing this group or that group,” Robinson said. “In general, knowledge of other religions is just a good thing.”

Chautauqua Institution Director of Religion Maureen Rovegno said she is optimistic about the future success of Interfaith Fridays.

“These conversations are being filmed and will be made available beyond the season for use by congregations and faith communities to continue these important learning and community-building opportunities,” Rovegno said. “Our long-term goal, of course, is to expand the conversations throughout the off-season as well.”

In addition to practicing tolerance, Robinson believes the world’s religions need to lend an ear to one another. By listening to speakers from other faiths, he hopes audience members are challenged to think outside of their own beliefs and definitions of God.

“I’m not even remotely embarrassed about being a Christian, because that’s how I’ve come to know about God,” Robinson said. “But I think it’s way too small to think that God would only reveal Godself in one way. If God is so damn big and infinite, then surely God can think of more than one way to reveal Godself.”

Robinson said he uses the pronoun “Godself,” because he finds fault with the gendering of a higher, divine being.

“One of my questions to every speaker is, ‘Do you have a specific scripture or sacred text of some kind that tell you that yours is the one true religion? And if you do, why would you argue for interfaith work?’ ” he said.

Robinson said questions like those facilitate dialogue about the problem with organized religion, which he said is “not what it used to be.” People often feel excluded from certain religions, and therefore do not identify with a faith.

“I think that’s the big challenge because religion is a big piece of what is offered here,” he said. “The question is, will those offerings appeal to fewer and fewer people?”

Despite the challenges that come with his new leadership role, Robinson is optimistic about the Institution’s religion department and the addition of Interfaith Fridays.

“We get great crowds at our afternoon lectures,” he said. “We’re pretty broad in our understanding of what we consider to be religion. We’re really talking in that broader sense of what religion is and what connects people