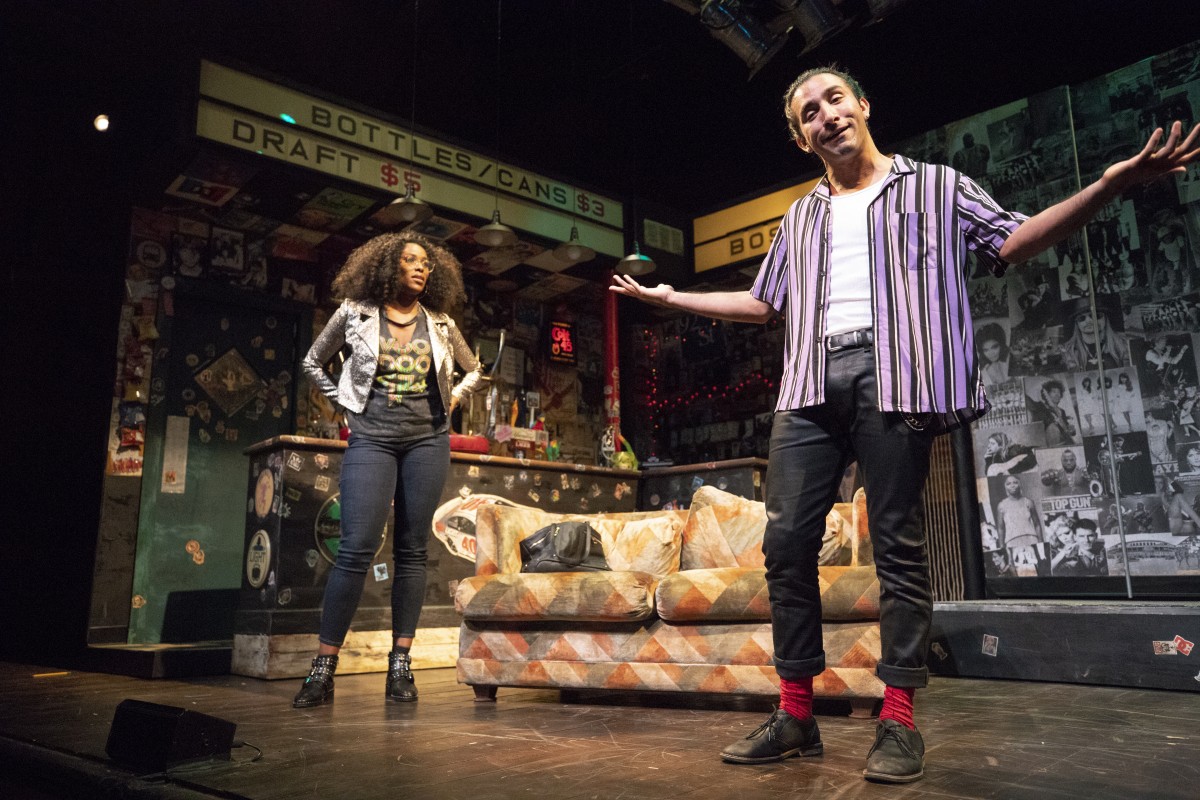 Joshua Kahan Brody believes fun is contagious. Brody said his role in the Airness rehearsal room as the play’s director was to set a joyful tone as the “morale captain,” making sure the actors were always enjoying themselves so that the audience would, too. 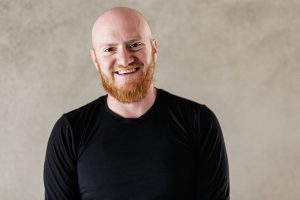 In the show, characters like “D Vicious” and “Shreddy Eddy” rock out on stage to songs from bands like Heart and The Ramones. Audience members of all ages are encouraged to sing and clap along to the play’s many classic rock favorites.

Much like a musical, Brody said that early rehearsals for Airness were dedicated to either acting or choreography. Later on, these elements were put together.

“The thing is that one informs the other, so you’re not really losing rehearsal time,” he said. “Everything in the scenes and the storytelling makes more sense once you’ve spent hours working on a 60-second air guitar performance.”

“Josh was always the first person to jump in the circle and do the thing first. He was always setting the tone,” Burns said. “It’s so hard not to have a good time when you’re in the room with such awesome people who are dedicating themselves to having a party every day. I haven’t worked on too many other plays, but I don’t think rehearsals are (usually) like this.”

Burns was aided by choreographer Breayre Tender, who doubled as Brody’s assistant director. She said that she appreciated the positive energy Brody brought to the rehearsal process.

“He has a way of making everyone in the room feel as though their opinions are very important to the process,” Tender said. “There are sometimes directors that will immediately say no if they see something as contrasting to their idea of how they see something done, but Josh always — even if it’s not something he thinks will work — will try it out. It’s really refreshing, especially as an actor in the room, to know that you’re being heard by your director and that you have the privilege to be able to try different things.”

Brody said that having a positive working environment is essential for everyone, not just actors and directors.

“I want everyone to leave the rehearsal room every day feeling better than when they walked in,” he said. “I think that’s just generally true as adults. No matter what your job is, you shouldn’t feel worse walking out at the end of a day.”

Brody was also assisted in the rehearsal room by Chelsea Marcantel, a friend and frequent collaborator. As the playwright of Airness, Marcantel answered questions about the plot and characters whenever Brody or the actors were confused.

Brody previously directed Marcantel’s Tiny Houses at Chautauqua in 2016 as a New Play Workshop. When asked who she wanted to direct her new play, Marcantel said that Brody was her first choice because of his familiarity with CTC and the level of fun that Airness requires.

“At least for me, I just want to be with people I enjoy,” Marcantel said. “There are tons and tons of good directors, but with the ones you actually enjoy hanging out with outside of rehearsal, it just makes the whole thing better.”

Before Marcantel introduced Brody to Burns, the director was unfamiliar with the air guitar community. Since then, he said he’s become smitten by the art form, once staying up until 2 a.m. to watch the San Diego finals on a phone. In addition to its inherent silliness, Brody said he loves air guitar’s message.

“This thing that is both a joke and not a joke about air guitar being a thing for world peace, and that is how it was invented by these students, is sort of the essence of both the play and air guitar,” he said.

“On the one hand, it’s really silly to say that, but on the other hand, on a super literal level, it’s also true. If everyone was holding an air guitar, no one could be holding a gun.”

Brody said that he enjoys directing Marcantel’s plays because they are funny and innovative, a sentiment he is willing to stand by in the playwright’s hypothetical biography.

“When they ask me to write the chapter in the book about Chelsea Marcantel’s plays, I’m going to talk about Airness and Tiny Houses as actually two sides to the same coin in which they use different but highly theatrical devices to mark time and structure,” Brody said. “In Airness, basically you’re tracking a series of air guitar performances to their culmination … and then in Tiny Houses, it’s a similar thing, only it’s a design element. There’s a highly theatrical assembly of a house on stage.”

In addition to having a great time, Brody said he hopes Airness will challenge audience members to expand their understanding of what theater is and who it is for.

“Chelsea’s plays, in a really accessible way, show an audience how big of a tent the theater can be,” he said. “It can be bar room scenes in a way that’s really familiar to you, and it can also be a heightened kind of performance that you have never seen before, and (Airness shows) that all of that can fit into the theater and that the theater welcomes everyone.”