Artist Kevin Cole will discuss career, what it’s like ‘to be a part of history’ for VACI Lecture Series

Kevin Cole graduated high school with 11 college scholarship offers in academic, athletics and the arts. Cole had planned on becoming a welder COLE and bricklayer, but his father wanted him to try art school for at least a year. 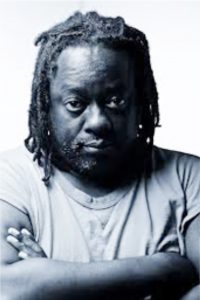 During that year at the University of Arkansas at Pine Bluff, he met four mentors who, Cole said, “changed (his) life and planned out (his) future.”

Cole will speak as part of Visual Arts at Chautauqua Institution’s Lecture Series at 7 p.m. Friday, July 27, in the Hultquist Center about his concurrent career paths in the art and education worlds. He’ll also talk about where his influences and ideas come from, commissions he’s crafted and each of his art series.

Early in his career, a group of local high school students toured a gallery Cole was working at in the Atlanta area. Teachers had trouble reining in the hundreds of students and asked Cole for help.

“Within five minutes, you could hear a pin drop,” Cole said.

Until that point, he hadn’t thought about a career in education. But after he got 300 teenagers to quietly tour an art gallery by talking to and joking around with them, their teachers urged Cole to consider it.

Cole first taught art in 1985, at a middle school in Georgia. He then began working as an adjunct professor at Georgia State University’s School of Art and Design, and went on to become chairman of multiple high school arts programs. In 2003, Cole helped pioneer Atlanta-area Westlake High School’s arts program, which had had a president for 27 years prior but not “ flourished,” Cole said, until he arrived.

While teaching, Cole also earned two master’s degrees in two years — one from the University of Illinois in education/painting and a master’s of fine arts in drawing from Northern Illinois University.

Cole has worked as an artist as well as a teacher since the beginning of his career. Although his work has, naturally, changed over the past few decades, he’s maintained one very important theme throughout.

When Cole was 18 years old, his grandfather wanted to help him comprehend the significance of African-American voting rights. He brought Cole to observe a tree in his home state of Arkansas, where African-Americans going to vote had been lynched with their neckties. Since then, neckties have been represented in Cole’s work.

“Every medium I use has to do with some type of experience I’ve had,” Cole said.

After 9/11, Cole began working with aluminum and tar paper. After visiting New Orleans post-Hurricane Katrina, he designed his piece, “Increase Risk with Emotional Faith,” which was displayed in in the Smithsonian National Museum of African American History and Culture in 2016.

Because he has several friends from New Orleans who were traveling to and from the city at the time, Cole said he started thinking about maps in relation to the natural disaster. Cole’s inspiration for “Increase Risk with Emotional Faith” came from his thoughts about mapping storms’ paths, but also what he believes got people through the catastrophe: their faith.

“It was humbling to be selected, and to be a part of history,” Cole said — especially since, he said, the piece hadn’t been exhibited anywhere else yet, and it was the first display visitors would see upon entering the museum.

Cole’s work has also been commissioned in the form of a 15-story Coca-Cola-themed mural for the 1996 Olympics in Atlanta, and a 50-foot-long piece named “Double Vision” for the Hartsfield-Jackson Atlanta International Airport in 2014.

Cole also draws ties to music with his work, specifically gospel, blues, R&B and sometimes rap — genres he grew up listening to. His grandmother operated a blues club in Arkansas, which instilled in Cole an early appreciation for music.

Cole firmly believes in the importance of arts education, as he’s witnessed firsthand how it can impact students. Now an Advanced Placement art consultant at the Savannah College of Art and Design, Cole has worked extensively with middle and high school students on fostering their artistic abilities. This, he said, benefits the students even if they aren’t interested in art careers.

“Not only do we teach creativity, but we teach students how to think. We teach problem solving,” Cole said. “Everything you have is designed by somebody. … Art is something universal. The most important thing is it teaches kids how to think.” 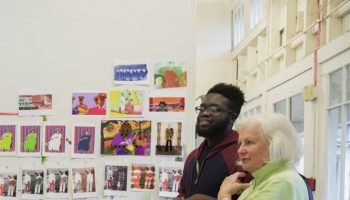