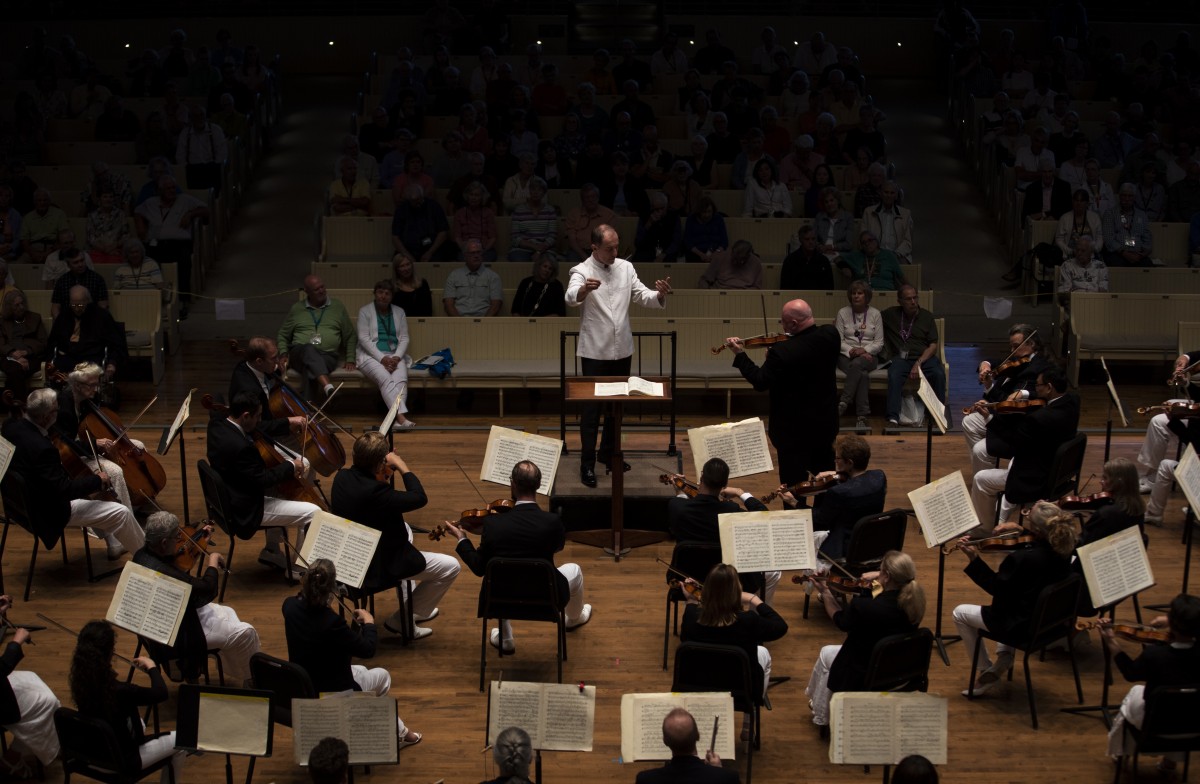 Diane Carlson and Bill Freyd both grew up enjoying classical music and symphonies. Carlson’s first exposure to classical music was to Carmen when she saw it performed by the Chautauqua Symphony Orchestra.

Carlson and Freyd currently reside in Las Vegas, Nevada. Carlson is the chair of Catapult Fundraising, which specializes in fundraising for universities, medical centers and other organizations. Freyd founded SFS Entertainment, and produces musicals such as Annie, Cabaret and others.

They stay at Chautauqua for the majority of the nineweek season and have been sponsoring the CSO for several years. The CSO will be performing at 8 p.m. on Wednesday, July 4 in the Amphitheater for its annual Independence Day Pops Celebration.

“I grew up in Jamestown and went to Chautauqua as a child,” Carlson said. “It means a lot to me personally to be able to (sponsor) this concert.”

She said the concert is “wonderfully patriotic, and a family concert, and that’s what we love about it.”

The CSO was founded in 1929 and continues to be the Institution’s resident orchestra, pulling members from professional orchestras across the United States, including the Pops Celebration conductor Stuart Chafetz.

Chafetz makes Chautauqua his home in the summer and has been conducting pops concert for the CSO for 11 years. He is currently the principal pops conductor of the Columbus Symphony Orchestra and works with orchestras in Phoenix, Seattle and other cities across North America.

Carlson and Freyd sponsor the orchestra because of its talented musicians,  but they also enjoy their summer home in Bemus Point and value the Institution as a whole.

(Chautauqua’s) like nothing else,” Carlson said. “It’s so special and I feel so privileged to have Chautauqua in my life.”