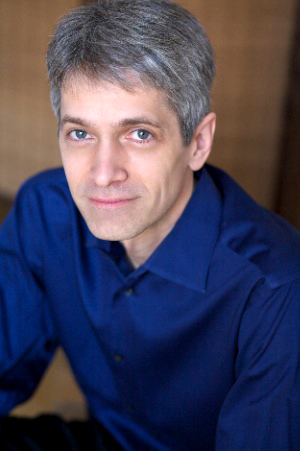 As a composer who has acted professionally, Ben Moore feels qualified to help singers.

“If you can really get under the skin of a character and the wants and desires and the situation that the character is in, then the music really blossoms. … I think that’s the heart of song — the theatricality of the action as I interpret it in the music,” Moore said.

Moore is a composer of classical music, including art songs, and will be coaching voice students on his own art songs during his master class at 10 a.m. on Friday, July 6 in McKnight Hall.

In Moore’s master class, he will emphasize the dramatic interpretation of music which he said is “almost all of my coaching.”

“My work is very much from the text, the chosen poetry or prose that I’ve selected for these songs. And I was an actor for six years in New York City, when I was a young man out of college, and this was even before I became a composer,” Moore said. “I apply all these ideas of dramatic action to the music I write.”

Moore said his master class will look like a combination of class and concert so “the audience gets to hear more music and more variety.”

“I’m not going to be evaluating everyone as a teacher. But maybe every third song, I will talk to the audience and have students try different ways,” Moore said.

Moore also paints, and his relationship with Chautauqua started with his role as a painter.

“When I first came to Chautauqua, I was in the art department and I had a painting class, and then I sort of segued into the musical area,” Moore said.

Moore sees similarities in painting and composing. In both, he said “the keyword is process for me.”

“I think in making arts, the process can be very similar across many different forms,” Moore said. “There is a process of being struck by an inspiration, an idea, something that excites you. There’s never going to be art unless there is an idea of it that pushes you forward, that gives you the motivation and energy to do it. And that goes for any art form.”

Moore thinks that for an artwork to be successful, both the whole and details are important.