As Ethan McSweeny settles into his new role as artistic director for the American Shakespeare Center in Staunton, Virginia, he said he feels nostalgic for his time with Chautauqua Theater Company.

“It was such a big part of my life for over a decade,” he said. 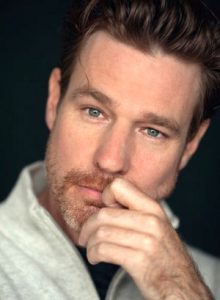 From 2005 to 2011, McSweeny served as co-artistic director for CTC and was a resident director through 2015. A regular in New York, he directed several award-winning productions including Never the Sinner, A Time to Kill and 1001. His Broadway debut, The Best Man, was nominated for a Tony Award in 2001.

At ASC, McSweeny will be in charge of a playhouse that runs 50 weeks out of the year, a big step up from CTC’s summer season. He succeeds Jim Warren, a co-founder of the organization who served as artistic director for 30 years.

McSweeny will also spearhead Shakespeare’s New Contemporaries, a project that creates a modern canon out of 38 plays from around the world that are in conversation with the Bard’s works. McSweeny said he sees this project’s mission as parallel to CTC’s New Play Workshops.

“There are many aspects (of ASC) that remind me of the Chautauqua experience.”

McSweeny said that given both organizations’ talent, vision and reputation, ASC and CTC are “destination theaters.” Each is based in a rural community and upholds “the classical theater troupe paradigm” while also fostering new, innovative plays.

After graduating from Columbia University with a degree in theatre and dramatic arts, McSweeny got his start in 1993 as associate director for Shakespeare Theatre Company under Michael Kahn, who founded The Theater School at Chautauqua.

Over the course of four years, McSweeny worked as Kahn’s assistant director on 12 productions.

McSweeney said Kahn was one of his “earliest influences as a director.”

“It was more a matter of coincidence than design that I followed in Michael’s footsteps,” McSweeny said.

In 2003, McSweeny first came to Chautauqua to direct Cobb. He returned two years later as artistic director alongside Vivienne Benesch. Together, they revamped CTC’s programming to include three full productions and two New Play Workshops each season. Additionally, the two expanded the conservatory to provide training for directors and design fellows.

“When Viv and I came together in 2004, I think what we did was (we) brought a lot of new programming to campus and recruited the finest emerging artists,” McSweeny said. “In doing that, we raised the conservatory.”

McSweeny said that he and Benesch made it a goal to get a new play staged at Chautauqua to reach New York. Within four years, they met this goal when Kate Fodor’s 100 Saints You Should Know premiered off-Broadway at Playwrights Horizons.

Among McSweeny’s other directing credits at Chautauqua are All My Sons, The Cherry Orchard, The Glass Menagerie and A Raisin in the Sun.

“I was always proudest of our productions when you couldn’t tell, aside from age, who was in the conservatory and who the guest artists were because of equal talent,” McSweeny said.

While serving as CTC co-artistic director, McSweeny continued working as a freelance director. He said his frequent traveling was the main reason he decided to step down from his position at CTC.

Internationally, McSweeny has spent two seasons at the Stratford Festival in Canada and directed multiple plays at the Gate Theatre in Dublin, Ireland, including A Streetcar Named Desire and An Ideal Husband. His work has also toured China with A Midsummer Night’s Dream, which opened the Macao Arts Festival in 2016.

McSweeny said he hopes that Chautauquans will make a trip down to Virginia to visit him, and that he plans to make a visit to the grounds later this month to check out the new Amphitheater and see what CTC is up to now.