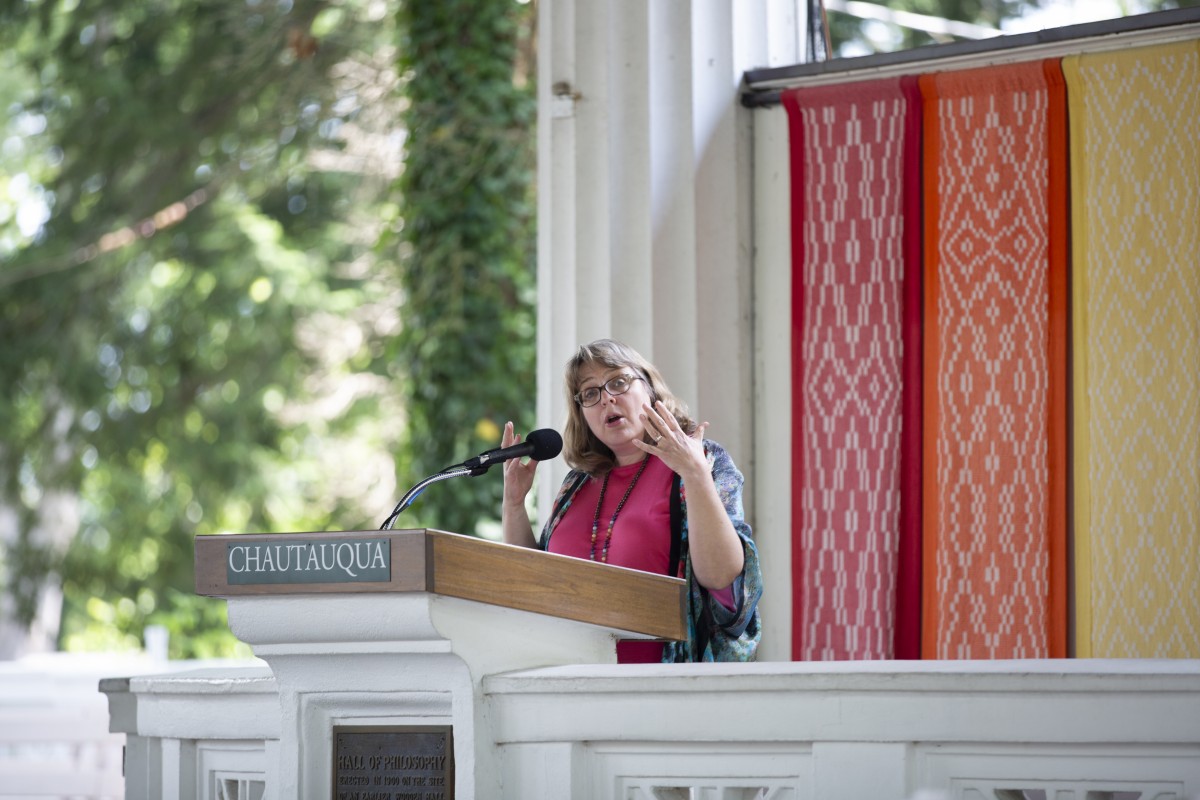 Growing up, there were two things Diana Butler Bass was terrified of: camping and sports. While she hasn’t yet warmed up to the idea of a weekend exploring the great outdoors, she has grown to believe sports represent the way a perfect society could be run.

At 2 p.m. Thursday, July 12, in the Hall of Philosophy, Bass, an author and independent scholar, discussed the relationship between play and gratitude during her lecture, “In the Ballpark: The Arenas of Gratitude,” as the last lecture of Week Three’s interfaith theme, “The Spirituality of Play.”

“I was the awkward one. I literally would trip over my own feet playing games,” Bass said. “I was uncoordinated, and I was impatient with arcane rules that seemed silly to me. Because of this, I disliked team sports, where you had to be picked to participate.”

Instead of attempting to learn to play games herself, she learned by watching the people who did.

Through observation, she learned to “recognize talent and soak in the wonder and beauty of athletic perfection.”

“This underscores a profound dimension about sports and gratitude,” Bass said. “Sport is not just about the athlete, and it isn’t just about the team that has been chosen and fielded.”

This mentality dates back to the New Testament, where the apostle Paul also associated a mature life of faith to that of sports.

In 1 Corinthians, Paul said everyone who competes in games goes through strict training. However, some do it to get a temporary crown or temporary satisfaction, and others do it to get a crown that will last forever.

In the book of Philippians, Paul furthers this concept by urging Christians to learn how to work together instead of working for their crown on their own.

“The essential thread of New Testament theology is that Jesus’ followers are members of the same team: in training together, in running life’s remarkable race and receiving the crowning glory of gratitude from God,” Bass said.

What was unique about Paul’s definition of a team was that it was wholesome and not dedicated to false gods, national pride or personal glory.

“Paul would envision a team of love, a team that will humbly serve the entirety of world, a team of mercy, kindness, grace and gratitude, and that this team will be such that there will no longer be male nor female, Jew nor Gentile, slave nor free,” Bass said. “All barriers will come down, and the people on that team will be one. This is what winning looks like from God’s perspective.”

In the act of breaking down barriers, Bass believes teams have become one of the most important aspects of any form of play.

“In culture, even a culture that is highly individualistic like ours is, games, sports and play call us into community, and they call us into relationships,” she said. “We literally don’t play alone.”

Ingratitude is about what people don’t have but wish they did, Bass said.

“Ingratitude and genuine civic thanksgiving are deadly enemies because if we can’t play together, we cannot be happy. We can’t be a good team,” she said. “Public ingratitude threatens rather than invites, it isolates rather than unites, and as a result, we lose communal joy.”

Bass believes games do not have to be “zero-sum” and talking about winners and losers creates a negative environment for everyone involved.

“When people use that kind of language for games, it isn’t really about winning. It is about power,” she said.

Bass believes this quest for power has resulted in sports being more about business than play.

“People are becoming economically powerful because of their huge salaries or the way they can turns games into wealth,” she said. “When you get into the concept of having power over others, you are not in sports anymore, you are not playing games. You’re involved in oppression. You are involved in dehumanization.”

According to Bass, this victory-driven mentality became amplified after the 2016 election, but she believes there is hope that Americans can turn it around and revert back to Paul’s vision for sports’ potential.

“Sports at its best should be a celebration of the gifts of our body, the gifts of surprise, the gifts of wonder, the gifts of exuberance,” she said. “This insight of the link between play and thanksgiving offers us one of the most important and hopeful possibilities for bringing people back together during a time apart.” 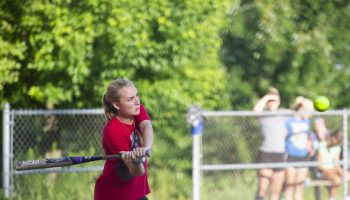 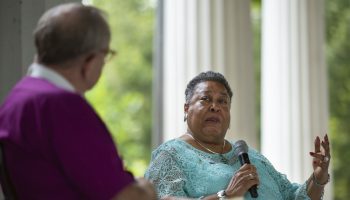