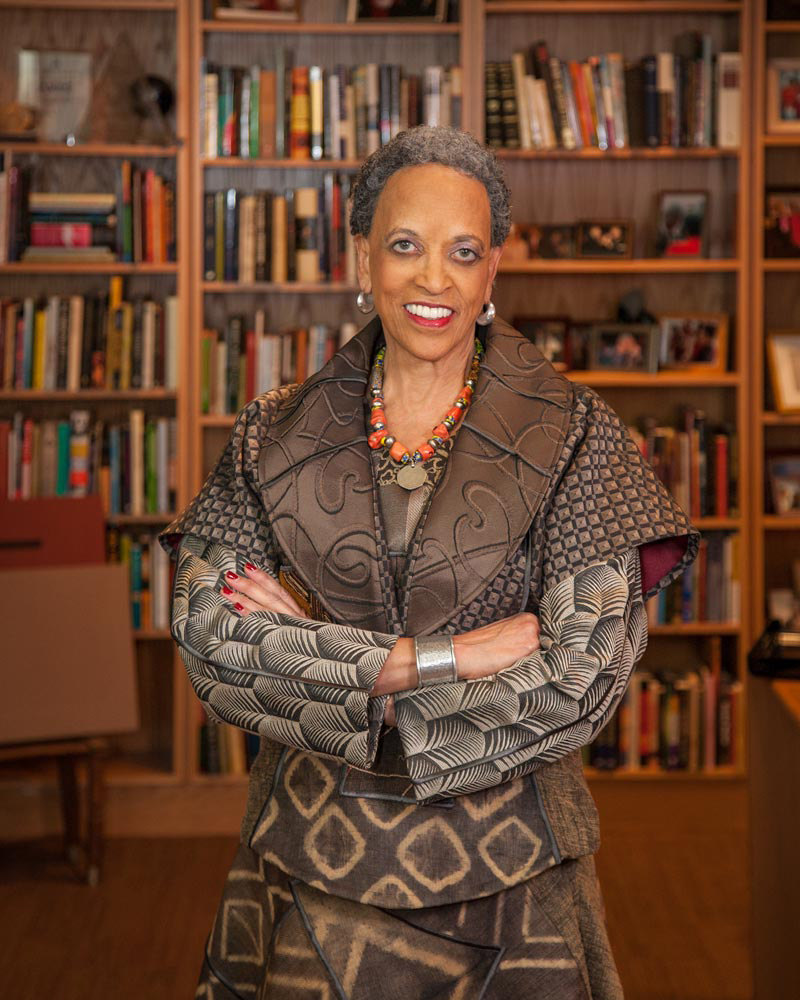 Johnnetta Betsch Cole can recall one of the earliest pieces of advice she received growing up as an African-American in Jacksonville, Florida.

“I grew up being told by my parents, and I think this was fairly common for my era, that I had to be twice as good to get half as far as individuals who are white,” she said. “So my life began with a confrontation with a system that intuitively I knew was wrong.”

Despite the oppression she faced at a young age, Cole pushed back hard and received early college admission to Fisk University at age 15. From there, she was swept into the world of academia, eventually serving as the president of Spelman College and Bennett College and, most recently, as director of the Smithsonian Institution’s National Museum of African Art.

At 12:30 p.m. Saturday, July 14, in the Hall of Philosophy, Cole will speak at Chautauqua as a principal consultant from the Cook Ross consulting firm. Her talk will launch the diversity and inclusion aspect of the Institution’s new strategic plan.

Cole has spent much of her life studying diversity and inclusion. She has taught women’s studies, anthropology and African-American studies at several universities, and was the first African- American to serve as chair of the board of United Way of America.

As someone who has fought for both women’s and African-American rights, Cole believes diversity and inclusion alone are not enough to create change.

“I try not to use diversity and inclusion without also talking about equity and accessibility,” she said. “Equity is making sure that everybody gets the same invitation, and accessibility is making sure that everyone who comes to this party has their needs accommodated. We have workplaces that have managed to have people from diverse communities working there, but that doesn’t mean that everyone feels welcomed and, indeed, included.”

Rather than running from issues of exclusion and racism, Cole searched for answers. After studying anthropology, she realized that some gender and racial tensions stem from the inherent desire to “be with people who look like us and who think in the same way that we do.” Familiar traits and tendencies produce a sense of comfort and belonging, she said.

However, she will explain to Chautauquans that there is also a learned behavior that keeps communities divided.

“I am fully aware that while there are some reasons why we want to be with people who look like us, much of this is also learned,” she said. “We learn to not just want to be with folk like us, but to be against other people.”

It is this type of learned discrimination, Cole said, that is toxic and often ignored.

“This divisiveness that is so much a part of our country is tearing us apart,” she said. “It is divisiveness based on race, gender, sexual orientation, gender identity and class, but is also based on our political views. We have got to learn how to react, interact and respect across lines of difference.”

Though this behavior is embedded in cultures worldwide, Cole sees a way to begin dismantling the hatred, which she will sharewith Chautauqua. Much ofthis behavior stems from “unchecked bias,” which she said creates systematic oppression.

“Just like this notion of belonging has both an evolutionary and a learned aspect to it, so is the case with our biases,” she said. “Our biases protect us, and some of them are harmless. But when our biases are not mitigated against, they’re not understood, they can then form the basis of systems of inequality.”

Racial and gender intolerance, she said, can be avoided with unconscious bias training; this training then creates a community conducive to diversity and inclusiveness. In her own life, Cole has worked to understand her own bias as well as the biases of those who are intolerant.

“Not only over time did I continue to have this resistance and activism against racial and gender inequality, I began to intellectually try and understand it,” she said. “… I do feel fortunate, that both on a personal level and professionally, I have faced that there is discrimination in our nation and our world.”