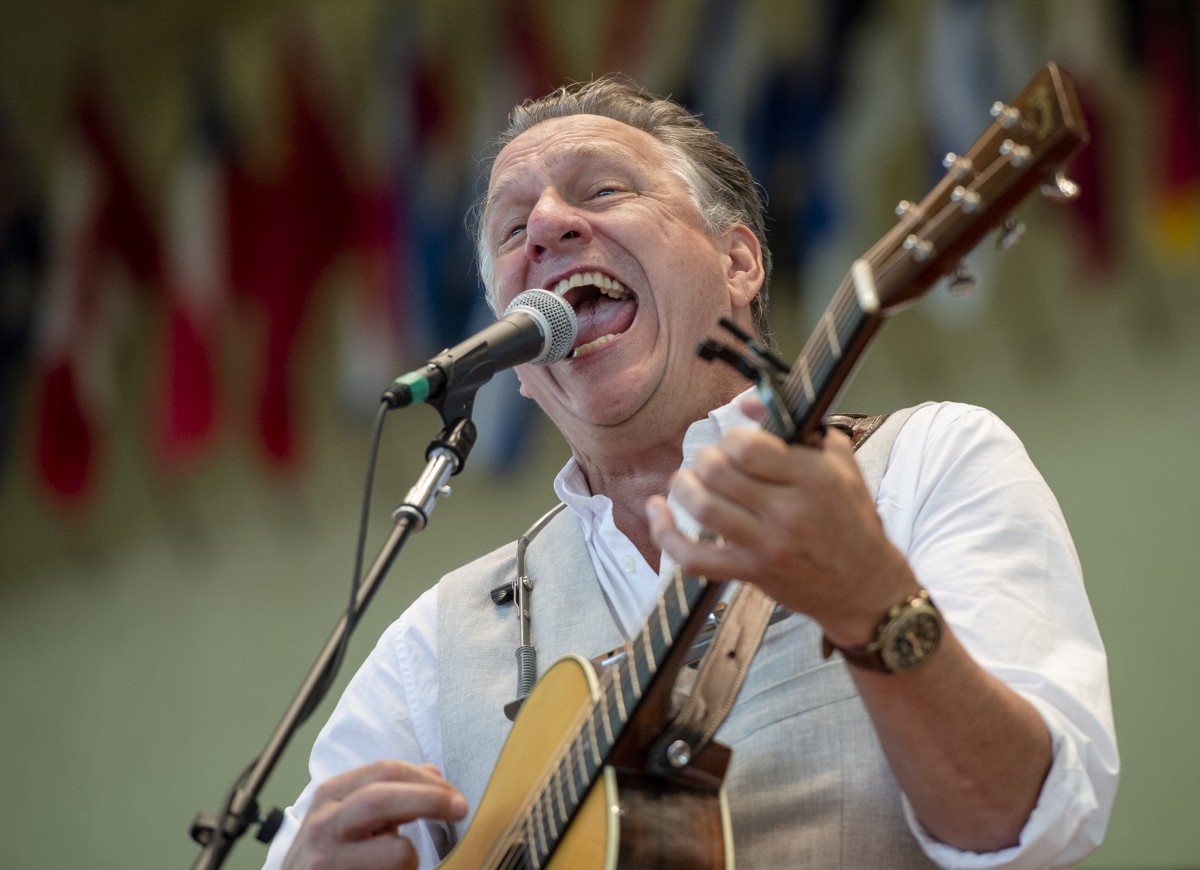 As a kid, Ellis Paul said his report card had A’s in music and English, a C in math and B’s in everything else.

“It was pretty clear when I was young where my strengths and interests lied,” Paul said.

Inspired by “Schoolhouse Rock,” the folk singer decided to write children’s music of his own. Paul will share songs from his 17th album,  The Hero In You, at 5 and 7 p.m. on Tuesday, July 10, in Smith Wilkes Hall as part of the Family Entertainment Series.

The album consists of 14 songs that tell the stories of historical figures like Thomas Edison, Rachel Carson, Jackie Robinson and Woody Guthrie. Paul said he wants kids to be able to see themselves in these heroes.

Paul said one of his favorite heroes to sing about is Rosa Parks.

“The thing I love about her is that she was sitting down to stand up for her rights,” he said.

Benjamin Franklin is another favorite hero of Paul’s because the man was not only an inventor and politician, but also a writer, musician and illustrator, just like Paul.

Paul performed a set for adults on Sunday afternoon in the Amphitheater.

Paul said he wants kids to hear songs from The Hero In You and ask their parents questions about the heroes, creating an opportunity for them to learn.

In 2015, Paul’s songs became an illustrated children’s book, The Hero in You, published by the Albert Whitman & Company. The book ranked No. 1 on Scholastic Magazine’s “Must Read” list that winter.

His second children’s book, The Night the Lights Went Out on Christmas, tells the story of a town in Massachusetts that causes a worldwide power outage after a Christmas light competition.

Paul also visits classrooms, libraries and community centers to perform private concerts and workshops. He said that his songs are applicable to English, music and history classes.

“Every teacher can play the music in their classroom and have it make sense,” he said, “except the math teachers.”