The photograph on the front page of the Jamestown Post-Journal for Feb. 7, 1956, shows a beautiful girl in a tiara being kissed by Desi Arnaz, the husband of Lucille Ball, possibly the biggest star of the time, under a banner headline reading: “Lucy and Desi take city by storm.”

The girl in the picture is Janice Swanson, then 17.

More than 14,000 people voted her Miss Jamestown to officially welcome the Hollywood couple back to Ball’s hometown.

“I think this about the greatest thing to ever happen to Jamestown,” she told the Post-Journal.

Swanson’s son, Chris Olsen, remembers seeing the image in a scrapbook as he was growing up. Over the last few years, he has gathered hundreds of other photos from the whirlwind 48 hours that Ball and Arnaz spent in Chautauqua County into a coffee table book that was published this spring.

At 3:30 p.m., Friday, July 13, in the Hall of Philosophy, Olsen will talk about the 1956 visit in a presentation called “Lucy Comes Home: The Story of Lucille Ball in Chautauqua,” as part of the Oliver Archives Heritage Lecture Series. He will be joined by Greg Peterson of the Robert H. Jackson Center.

One of the most beloved stars in the history of American show business and the first woman ever to run a major Hollywood studio, Ball was born in Jamestown on Aug. 6, 1911, and grew up in the nearby town of Celoron.

She worked as a model and actress, performing in plays and revues in Jamestown and at Chautauqua Institution. She studied acting in New York and worked as a chorus girl and model before moving to Los Angeles, where she starred in B movies and shorts alongside such popular stars as Eddie Cantor, the Three Stooges and the Marx Brothers.

She honed her comedic chops in these and scores of other movies before landing a starring role as a ditzy housewife on the radio show, “My Favorite Husband.” She and her husband, the Cuban bandleader Arnaz, whom she married in 1940, took a version of the show on the road as a vaudeville act before turning it into a self-produced television show called “I Love Lucy,” which debuted on CBS in 1951. The show was a huge success. It made Ball an international star and led to two hit movies, “The Long, Long Trailer” in 1954 and “Forever, Darling” in 1956.

It was “Forever, Darling,” which premiered at Dipson’s Palace Theatre in Jamestown, that Ball and Arnaz were promoting in early 1956, the height of her stardom. To promote the movie, which their company, Desilu, produced, the duo embarked on a 17-day tour by train that included stops in Chicago, New York, Philadelphia and Dallas. But it was Jamestown that was the star of the tour.

More than 20,000 fans greeted Ball and Arnaz, who arrived by helicopter from Buffalo in a field behind Jamestown High School. The couple was given flowers and a key to the city, then visited a hospital, Ball’s childhood home and The Little Theatre, where Ball first began acting as a teenager. The visit ended with a gala and the world premiere of the movie.

“My mom went everywhere with them (in Jamestown),” Olsen said, adding that Swanson now lives in Southern California.

“Lucy Comes Home” began as a feature documentary about three years ago, said Olsen, a lawyer and film producer in Los Angeles who grew up in Jamestown and who vacations with his family each summer at Chautauqua Institution. The documentary is still in production, he said, but rounding up the photos led him to create the book first.

“It was almost like a treasure hunt,” Olsen said. “I found about 12 to 15 photos from the event, then kept finding more at the Post-Journal, the Fenton History Center and the Library of Congress. Each new photo kept propelling me forward. As I looked at them, I thought ‘This story really tells itself,’ so I went ahead with the book.”

Charlotte Brooks, a photographer for Look magazine, was along for the entire tour that February.

“Lucy and Desi loved each very much,” Olsen said. “You can see in the photographs how deeply they cared for each other. At the gala, there were so many people that nobody could dance, and Lucy and Desi were up on tables across the room from each other, mouthing, ‘Are you OK?’ ”

Although they divorced in 1960 and each married other people, Ball and Arnaz remained close for the rest of their lives, with Arnaz famously saying “ ‘I Love Lucy’ was never just a title,” Olsen said.

Brooks’ photo on the book’s cover shows a glowing Ball looking out the car window at her fans in downtown Jamestown.

“She had only been in town about 20 minutes,” Olsen said. “She was the biggest star in the galaxy, but she was so innocent. You can see the anticipation and awe in her face.”

“Later, she’s pictured on stage in a formal gown, but with her shoes off, among her family and friends,” he said. “She’s at home. Relaxed. You can see that the people of Chautauqua County love her, and that she loves them.”

It was the last time Ball was in Jamestown before her death in 1989, Olsen said. She is buried there in Lake View Cemetery. 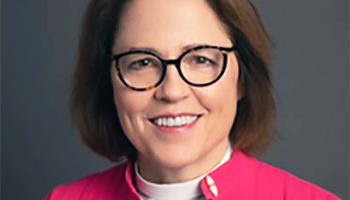