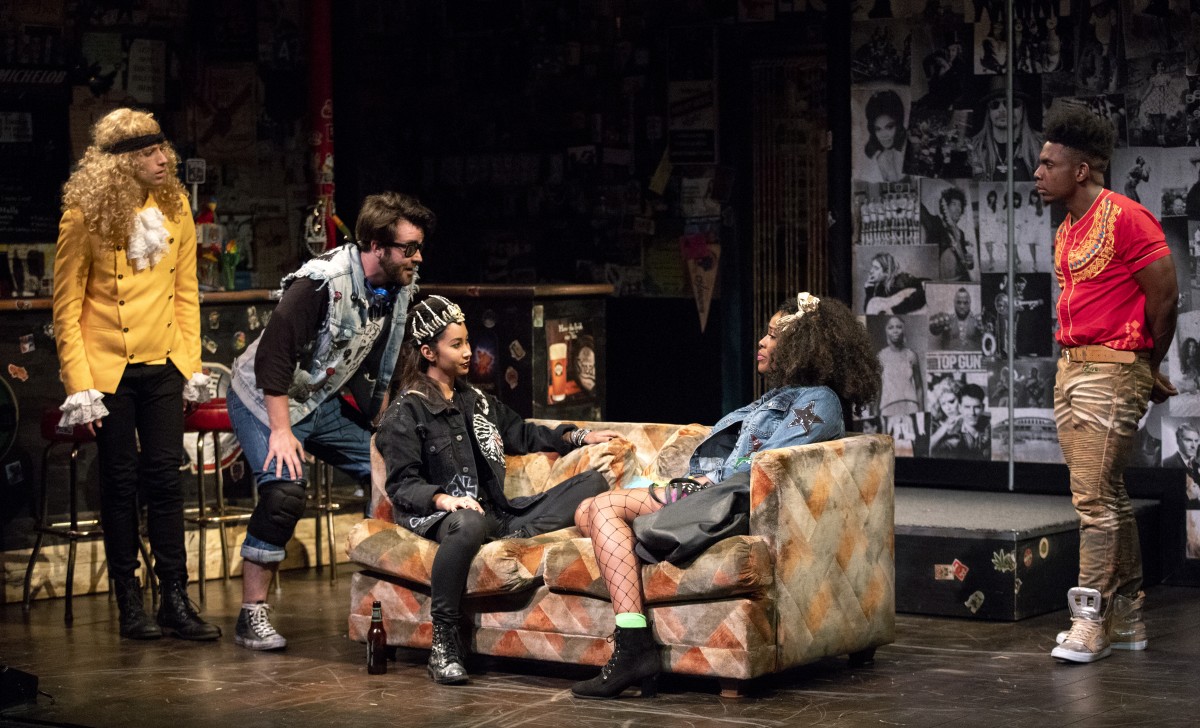 Chelsea Marcantel does not hold a degree in primatology, but she said she sees her work as a playwright as akin to the way Jane Goodall’s research exposed the world to chimpanzee culture.

“I like to describe myself as a writer who writes about humans as small-group primates and the little found families that we make for ourselves and the value systems that we create with people closest to us,” Marcantel said. “Those are the things that are most interesting to me.” 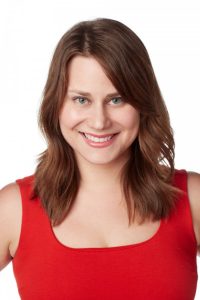 When a former flame first introduced Marcantel to the world of competitive air guitar, she was not impressed by his new hobby or expensive leather pants.

“Years ago when I lived in Chicago, I briefly dated someone who got into it, and the beginning of his air guitar career and the end our relationship dovetailed really nicely,” she said. “At the time, I thought it was ridiculous and a waste of money and a waste of time, and I did not understand at all the appeal.”

Several years later when Marcantel was searching for new play ideas, she remembered competitive air guitar. After watching a documentary and some videos on YouTube, she said she realized why her ex-boyfriend was hooked.

With a newfound appreciation, Marcantel said she wrote Airness to be an authentic representation of the air guitar community that would also excite and educate theatergoers who are unfamiliar with the art form and its ideals.

Of the six living American playwrights featured in CTC’s 2018 season, Marcantel is the first to visit the grounds.

During rehearsals for Airness, Marcantel answered questions and provided clarity about the script for the actors and director Joshua Kahan Brody, whom Marcantel previously worked with at Chautauqua on her play Tiny Houses as part of the New Play Workshops in 2016.

Brody, a personal friend of Marcantel’s who shares with her an agent and an affinity for Ethiopian food, said that her presence was pivotal to the rehearsal process.

“My job has been spectacularly easy here,” he said. “Chelsea knows what she wants in a really specific way. That’s really helpful.”

Marcantel said the rehearsal process was collaborative, which is how she prefers to work.

Airness premiered at the Humana Festival in 2016. As the play moves closer to publication, Marcantel said that new ideas and legal hurdles have caused the music featured in the show to undergo countless changes.

Some song suggestions, she said, came from actors of color who helped Marcantel expand her definition of classic rock to better fit the show’s diverse cast of characters.

“The more voices we get in the room, the more musical possibilities present themselves,” she said, “which has been very exciting.”

Compared to her other works, such as Everything is Wonderful and Ladyish, Marcantel said that Airness is her silliest play and by far the most musically driven. Although Airness is a comedy, she said the jokes do not come at the air guitar community’s expense.

Marcantel said that the community that inspired the play has embraced Airness with open arms.

In 2017, the playwright was a judge for the dark horse round of U.S. Air Guitar’s national competition in Washington, D.C. Matt Burns, the two-time international air guitar champion, also helped choreograph the CTC conservatory actors’ routines in the show.

Marcantel said she hopes audiences who see Airness will leave the theater with a feeling of radical joy and a respect for the community that she initially dismissed. She said the way air guitarists encourage one another is something everyone can learn from.

“It’s kind of hackneyed at this point to say it, and a little sad, but we are stronger together,” she said. “Communities are built by individuals helping each other for the sake of our shared humanity. Even in a community that’s ostensibly a competition, everyone makes everyone better by collaborating generously.”