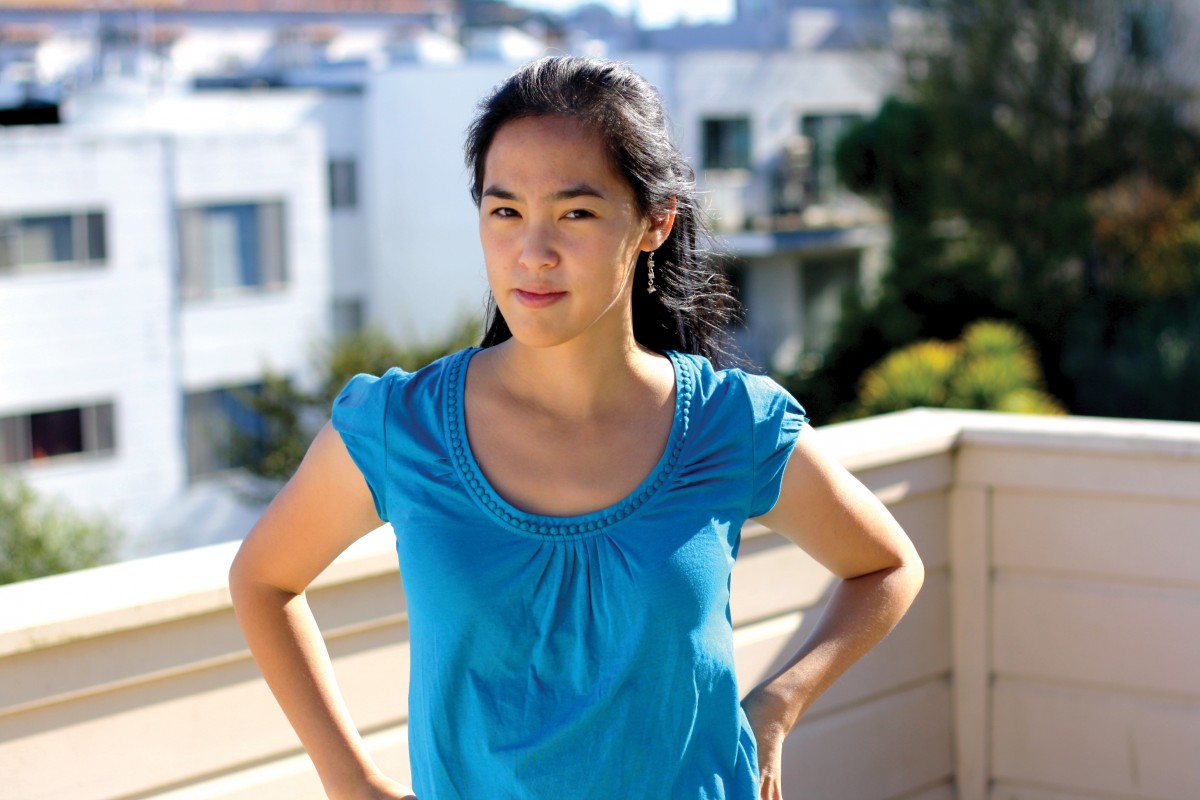 Much like naming a child, playwright Lauren Yee said that christening a new work of theater is no easy task.

“Titles are a tricky thing,” Yee said. “They can be kind of obvious in that Hamlet is about Hamlet, and then on the other hand, I think there are titles that have that air of mystery that invite questions and make you lean forward. Sometime titles don’t make sense until you see it, so I think there’s a lot at play.”

Yee is one of four American playwrights to visit the grounds this summer and the first to do so for Chautauqua Theater Company’s New Play Workshops. Her latest project, currently referred to as Untitled Russia Play, continues its brief run with a performance at 4 p.m. Tuesday, July 31, in Bratton Theater.

Untitled Russia Play takes place in St. Petersburg after the collapse of the Soviet Union and follows two friends as they grapple with their country’s newfound American influences. After being commissioned to write a play for Lincoln Center Theatre, Yee said she was inspired by a fascination with communism that developed from the stories of her childhood classmates who moved to San Francisco from Russia and Ukraine.

“Grounding the story in the lives of these young men who maybe grew up under communism and are experiencing capitalism and these pieces of American culture for the first time feels like an interesting take on it to me,” Yee said. “It’s another way to look at something familiar.”

Untitled Russia Play is Yee’s latest piece of historical theater that shows how people have dealt with significant turmoil.

In March 2018, Yee’s Cambodian Rock Band saw its world premiere at South Coast Repertory. The play balances psychedelic surf rock with a story about a Cambodian-American woman who travels to Phnom Penh to prosecute a Khmer Rouge war criminal years after the regime’s genocide of 3 million Cambodians in the 1970s.

Yee said that a majority of her plays are focused on families, including King of the Yees, which tells the story of her own family while exploring Chinese-American identity.

“I think (Untitled Russia Play) differs in that it’s less of a family play than some of my other pieces,” Yee said. “I think in a way, this is a play about friendship and comradery and a coming-of-age story about being an adult, which is not something that all my plays share.”

Over the course of the next year, Yee’s plays will be produced at Victory Gardens, American Conservatory Theater, Baltimore Center Stage, Trinity Rep and the Oregon Shakespeare Festival. The playwright will also serve as a 2018-2019 fellow at Princeton University’s Lewis Center for the Arts, and is a member of the New Dramatists playwrights.

Yee said she finds workshop productions to be a valuable tool for sculpting her work into its final form.

“I’m a writer who can come up with what the pieces are fairly quickly. I can know who the characters are, what the world is. I can sketch that out fairly speedily, and I think what takes me a longer time is the rewriting process,” she said. “I love having workshops with really game directors and actors who try a bunch of things. I’ve been able to workshop (Untitled Russia Play) a couple times since I first came up with it last summer, but I think nothing’s quite clicked into place in the way that I’m like, ‘Ah, this is done.’ I’m looking forward to trying out some new ideas here.”

With this particular workshop of the play, Yee said she wants to discover “where the heart of it is emotionally.” She also wants to refine the role of “Mother Russia,” played by guest artist Birgit Huppuch.

“I have this mysterious fourth character that provides context for the play and a frame that helps you understand what kind of world we’re in, but has always eluded comfortably sitting in a particular place in the play,” Yee said. “We have a very talented actor who’s come up to help us with this, and I hope we make good use of her.”

As for what’s next for the playwright’s career, Yee said she is interested in someday writing a musical, building off her experience writing Cambodian Rock Band.

“I think there’s something lovely and virtuosic about seeing people burst into song,” Yee said.

In the meantime, Yee wants to zero in on a name for Untitled Russia Play.

“For me, I either know the title early on or it takes me forever,” Yee said. “Maybe this one will take me awhile.”