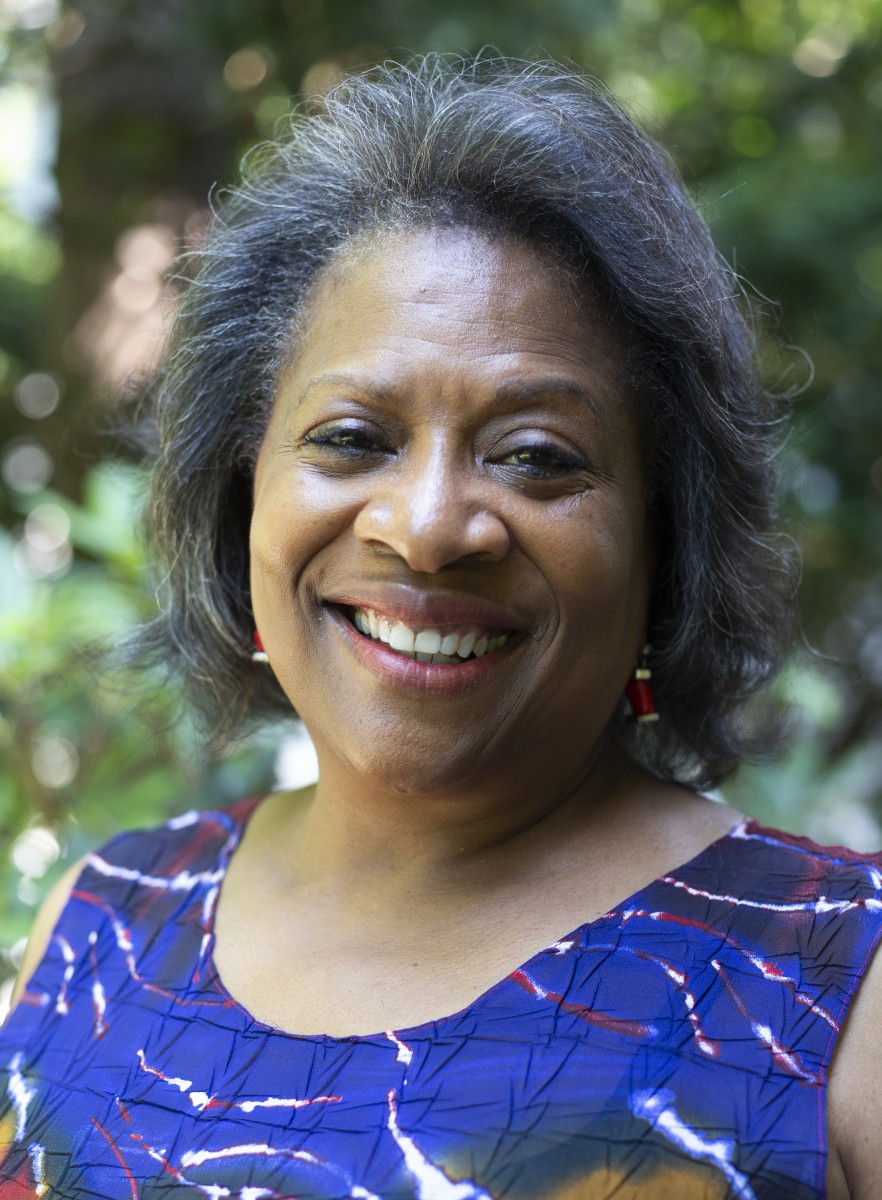 Equity and equality are words that are often used interchangeably, but do not mean the same thing.

Equality means having the same capability, effect, quantity, privileges, rights, status or value. Equity is the state of being fair, impartial, just and right.

At 2 p.m. Saturday, July 7, in the Hall of Philosophy, Cheryl Goffney Franklin will talk about “Health Equity: Beyond Social Determinants.” Franklin’s will be the second talk of the Chautauqua Women’s Club’s weekly Contemporary Issues Forum.

Many Chautauquans know Franklin as the wife of the Rev. Robert M. Franklin Jr., Chautauqua’s director of religion from 2014 to 2017. In the world beyond the gates, however, she is the medical director of, and a practicing gynecologist with, Morehouse Healthcare in Atlanta.

Franklin is also an adjunct clinical assistant professor of obstetrics and gynecology at Morehouse School of Medicine. She serves as the MSM representative to the Association of American Medical Colleges’ groups on faculty practice and on women in medicine and science.

As Morehouse Healthcare’s medical director since 2013, Franklin focuses on coordinating the delivery of its health care services, as well as the resources to address social determinants of health and to influence public policy.

Before delving into health equity, Franklin said she will talk about health disparities: what they are, why there are differences in health care and what the health care community and federal government have done to recognize and tackle them.

Having engaged in population research and designed promising interdisciplinary, interagency community projects, Franklin is on the cutting edge of mitigating health care disparities and improving the systems and policies that have created them.

She will also identify social determinants of health, including a history of racism and discrimination in health care and explain why these determinants matter.

Hailing from Houston, Franklin earned her bachelor’s degree at Stanford University, where she duel-majored in human biology and Afro-American studies.

“I went in being pre-med and remained pre-med,” Franklin said.

Between her third and fourth years at Harvard Medical School, she entered the two-year master’s program at the Columbia School of Public Health and completed the requirements for her master’s of public health in about 15 months. There she concentrated in maternal and child health and ventured into international health.

“My public health education and experience was helpful for my orientation toward my clinical practice,” Franklin said. “That education was a highlight.”

After returning to and graduating from Harvard, Franklin went home to Houston to undertake her four year OB/GYN residency at Baylor College of Medicine.

“Meanwhile, I met my soon-to-be husband, got married after my first year in residency and was lucky to be able to transfer to Rochester, (New York), where he was,” Franklin said.

Franklin said she completed her residency at the University of Rochester’s School of Medicine and then moved to Atlanta, where she has been practicing for nearly 30 years. During this period, Franklin and her husband also raised three children — Imani, Robert III and Julian.

For her first 11 years in Atlanta, Franklin practiced OB/GYN as part of a multi-specialty medical group, Southeast Health Services, which later became Meridian Medical Group. She said that at the time, it was the largest medical group in the city outside of the medical schools.

According to Franklin, when she joined this group in the late 1980s, it was doing some of the first managed care work in Atlanta, including managing the contract for Prudential – PruCare. She said she learned about health maintenance organizations and health care finance, which she said changed significantly during this period.

Beginning in the late 1990s through the mid-2000s, Franklin served as the principal investigator for a U.S. Centers for Disease Control and Prevention study on the impact of obesity and inactivity in women’s health. As an adjunct faculty member of Emory University’s Rollins School of Public Health, she said she collaborated with the Women’s and Children’s Center on this intervention study.

“I got insight into running a business (a small business), having to complete forms and comply with regulations, managing staff, billing insurance companies, and trying to be paid by insurance companies — in a fairly challenging environment,” Franklin said.

As she was going into private practice, “probably more people were getting out of it.”

When her husband became president of Morehouse College in 2007, Franklin said she “wanted to take some time off to get acclimated.” For six months, the chair of MSM oversaw her practice. She then transferred her patient base and employees to MSM and formally joined the medical school in 2008.

Once again, Franklin was on the staff of a multispecialty practice, but this time nearly everyone was practicing and teaching.

At MSM, Franklin said, the medical students and residents interact with the public health students, with PhD students in the biomedical sciences, and with other MSM departments.

Although her role as medical director requires her to spend more of her time with health administration, including the coordination of “clinical and translational research,” than with her gynecology practice, she continues to treat patients. Franklin said she has privileges at Morehouse and three other hospitals.

She stays involved with MSM’s Quality Enhancement Plan project, which has been expanding the school’s educational programs. Because MSM is a member of the Morehouse Choice Accountable Care Organization and Education System, which serves Medicare beneficiaries, it is also within her purview.

“One of the reasons I joined MSM and have enjoyed being part of MSM is because it has a very strong social mission,” Franklin said. “It has won awards for this mission.”

Promoting policies and practices to reduce and ultimately eliminate health disparities are a core part of institute’s mission.

“Even though we’re educating medical students and residents and providing clinical care,” Franklin said, “we do it in an environment that’s moving the needle to help the population we serve, … (and) that creates greater justice in health care and in other social areas that impact health.”

Debate over the Affordable Care Act, access to health care and immigration are issues that concern Franklin. So does resentment about the term “health equity” and the concept of sharing.

“In the U.S., we spend more per capita on health care than any other industrialized nation, but our outcomes lag behind the other industrialized countries,” Franklin said. “We don’t spend money on things that really matter — the access and social support needed to achieve optimal health.”

She said that because equity does not mean equality, everyone will not be given the same thing. Some people will get more health care.

“People should pay attention not so much to partisan politics as to the broader understanding that we’re only going to be as good as our most vulnerable people. … We’ll continue to spend more money than we need to because we don’t spend it in the right way.”