According to Brendan Tuohey, sports are more than just games. 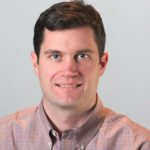 Tuohey, co-founder and executive director of PeacePlayers International, will give a lecture on “sports as a tool to bridge divides” at 10:45 a.m. Thursday, July 12, in the Amphitheater.

“When you look at team sports, the most successful teams are the ones that not necessarily have the best individual players, but they work well together,” Tuohey said. “And one person can’t win it on their own.”

Tuohey and his brother, Sean, shared experiences both of playing basketball and of living in Northern Ireland, where “young people are separated by the neighborhoods they live in and the schools they attend.”

“Anybody (who) plays sports understands its ability to connect,” Tuohey said, “and witnessing and doing so in a divided society like in Northern Ireland made us understand that we had a great potential to do this in other divided or conflict areas.”

PeacePlayers currently has programs in Cyprus, South Africa, the Middle East, and in the United States in cities like Baltimore and Detroit.

Tuohey said sports are “about wanting to play,” regardless of wealth or background.

Tuohey said when people who don’t speak the same language play sports together, “there’s this natural impulse to work together, to achieve a common goal and to have fun.”

Tuohey said PeacePlayers brings “kids together that otherwise wouldn’t have any other reason or impulse to come together, to do so through sport.”

“It’s an activity that people love doing, and it celebrates … their community, and people witness it,” he said.

Nevertheless, if used incorrectly, sports also have the ability to divide people.

“People have a paying-to-play mentality now, so the less money or resources you have, the less exposure you have to play, which is not right, as well as nationalistic fervor … or this win-it-at-all-cost mentality which can divide people,” Tuohey said. “But also, it’s a good opportunity for people to come together, from different backgrounds to see each other as human beings and to celebrate the notion of living under the shared sky, so it depends on how you use it.”

With the 2018 World Cup being played in Russia, Tuohey said he thinks the World Cup is a “great competition” because it brings countries together and is a “great example of sports having this unique ability and platform.”

“Organizations like PeacePlayers are in these communities everyday, working at the grassroot level to help young people … build relationships that can help them live a shared future,” he said.

Tuohey said he thinks organizations like PeacePlayers and their efforts deserve more attention for the work they do in bringing people together through sports.

“The World Cup is obviously huge; billions of people follow it,” Tuohey said. “But our effort is much more embedded in little communities, and (we) are there for the long-term.”

Guest Column: The global influence of sport has never been greater