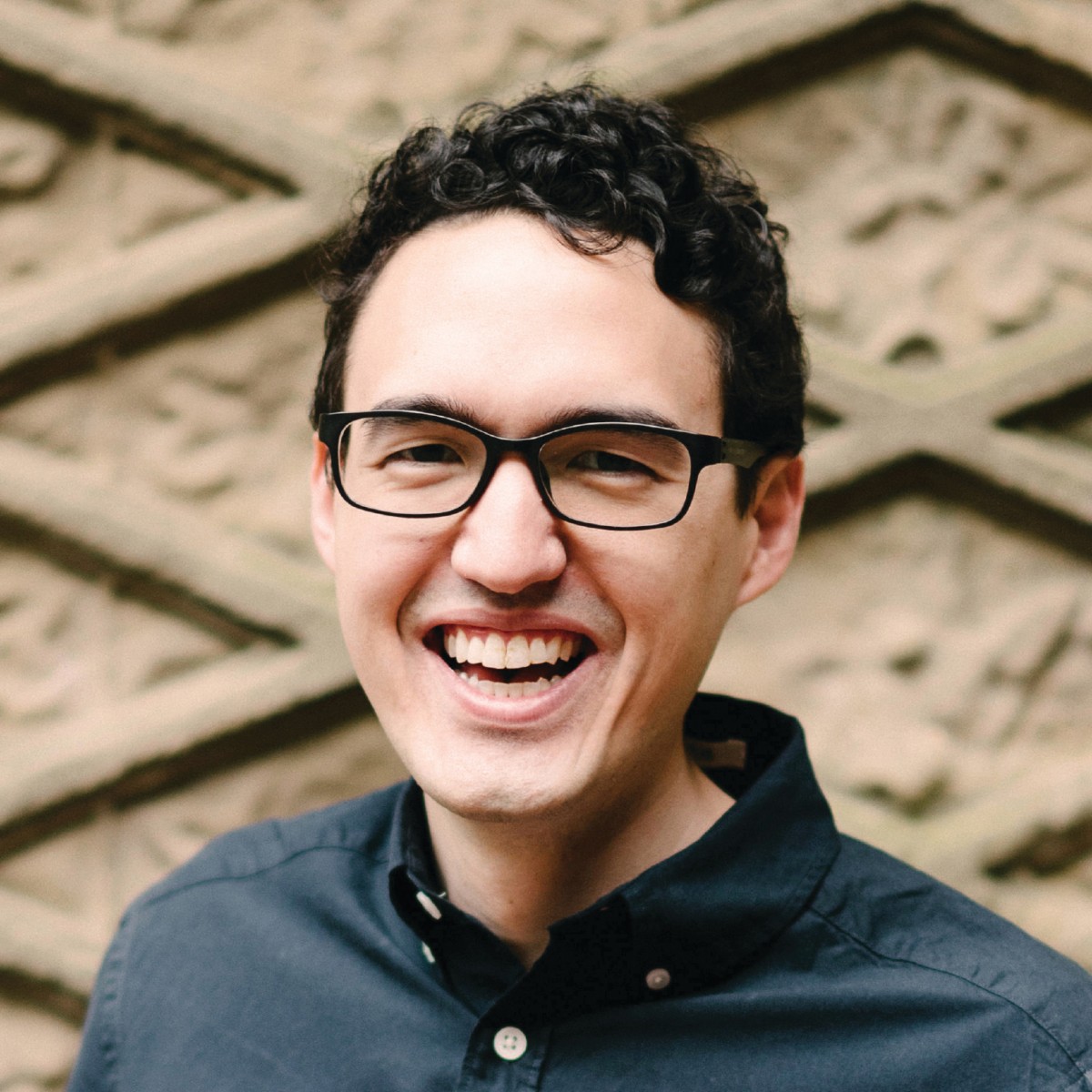 Reporter’s Note: Each summer, Chautauqua Theater Company opens its stage doors to young actors and theatermakers for a fully funded fellowship. This summer’s conservatory includes 14 actors, four design fellows and one directing fellow. They work alongside CTC staff and visiting professionals and serve as the core of the theater company for all CTC shows. To help readers get to know them, interviews with CTC conservatory members will run regularly in the weekend edition of the Daily throughout the summer.

This summer, Sherwood is working on all three mainstage productions, as well as As You Like It and the New Play Workshops.

Where he’s from: Sherwood was born in South Korea and grew up in Texas. After graduating from Oklahoma City University, he freelanced as a sound designer in New York City for a few years. He is now pursuing a graduate degree at Purdue University, where his wife works in administration for the engineering school.

Earliest theatrical memories: At his parents’ encouragement, Sherwood signed up to work backstage on his middle school production of Annie Jr., where he fell in love with turning on the floor microphones and operating the CD player.

“There was a specific order to turn the sound system on and a different order to turn it off,” he said. “That really sparked my interest in sound.”

Two years later, Sherwood mustered up the courage as an eighth-grader to audition for Little Luncheonette of Terror. He was cast as a big, green monster named Mongo and said the show was going well until he got stage fright and forgot his lines.

Sherwood decided to stick to the soundboard but said this role is equally performative, even though he remains unseen.

“There is still a performance aspect to my work,” he said, “even if you are not literally in the spotlight.”

Proudest theatrical moment: Sherwood took a class on 20th-century music at Purdue last semester that culminated in a project where he composed a two-minute piece that would be recorded live in a studio.

“For me, that was the coolest thing to be able to experience people playing music that I wrote live,” he said. “Otherwise, when I compose music it’s electronic instruments or sampled instruments, so I can very easily manipulate how they create their dynamics and things. It was a different experience for me to learn how to communicate to a person how I’m intending the dynamics to swell and takeaway.”

Stylistic influences: Sherwood said he’s still trying to find his own style. He leans toward orchestral instruments, but is trying to learn more about rock ’n’ roll. His favorite composers include Claude Debussy and Eric Whitacre, especially his song “Leonardo’s Dream of a Flying Machine.”

“There are all these different articulations that when put together as a choir, you can hear this flying machine come to life and take off into the air,” Sherwood said. “I think it’s so cool to translate that in music instead of using actual sound effects. It activates the imagination more, which a lot of the time can be more powerful.”

What he’s watching: Sherwood said he loves “Brooklyn 99” because it brings back memories of New York, and because Andy Samberg is “on point.”

Dream superpower: Sherwood said he wishes he could shoot webs like Spiderman so that he would not need to stand up to get something out of the toaster oven across the room.

Family ties: After finding William Hall Sherwood’s record on familysearch.org, Sherwood discovered he is distantly related to the first piano director at Chautauqua’s School of Music. He has been visiting the archives and Sherwood-Marsh Studios to learn more about his family connection.

“Our common ancestor is 12 generations back,” Sherwood said. “Now, I feel like I belong here.”

Why Chautauqua: Sherwood was drawn to the fellowship because it would allow him to learn from experienced designers and then immediately apply those lessons to his own work.