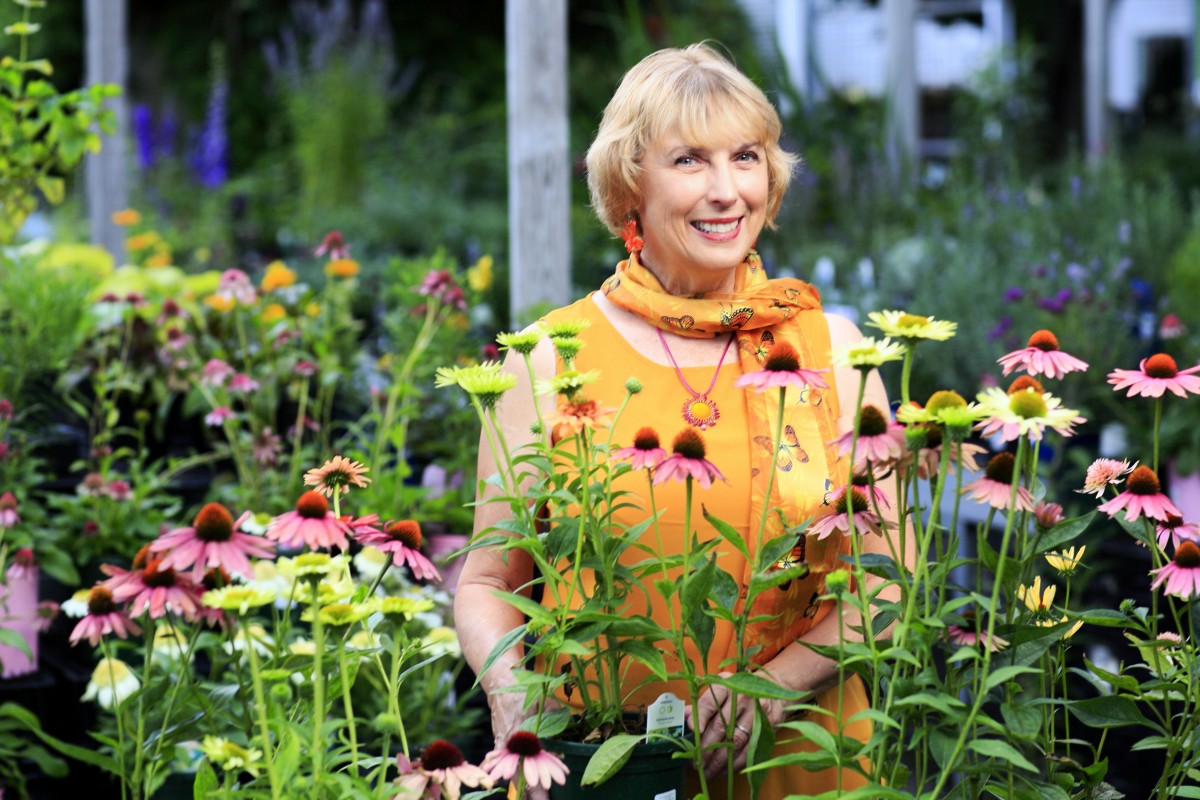 Sally Cunningham describes gardening as a transformation tool for communities and individual spirits. Cunningham, a garden expert and writer out of the Buffalo, New York, area, will discuss the techniques that have changed her city into a garden lover’s paradise in her Bird, Tree & Garden Club Brown Bag lecture at 12:15 p.m. Tuesday, July 24, in Smith Wilkes Hall.

Cunningham, who writes for The Buffalo News and Buffalo Spree Magazine, said her love for gardening and writing are closely intertwined.

“My message is part of my passion behind my writing,” Cunningham said. “It’s just in my blood, and it comes to me easily. When I’m gardening, I have lessons in my head, what I want to tell people in my next article. It really blends well.”

After what Cunningham described as a very different life working in New York City for 14 years, she moved “back to her roots” to have a calmer life and start her family. Cunningham began learning gardening on a 30-acre farm, becoming passionate about organic gardening specifically. Her passion took time to catch on, Cunningham said.

She published her first book in 1998, Great Garden Companions: A Companion- Planting System for a Beautiful, Chemical-Free Vegetable Garden, which focused on supporting good insects to keep out the ones that harm plants.

“In the ’80s, they still treated me like a left-wing hippie, but the book was a success,” Cunningham said. “I, and the culture, moved on to the world of perennials, shrubs and the increased importance of ecology and protecting natural habitats.”

One key message Cunningham said she reinforces when speaking or writing is the importance of habitat replacement. In cities or suburbs, when native plants and habitats aren’t encouraged, they disappear, Cunningham said.

This message has been taken to heart in Buffalo, as the city has transformed into one of the premier garden tour stops in the nation, according to Cunningham. Garden Walk Buffalo, the largest garden tour in the country, brings more than 65,000 people from the United States and Canada and is the subject of Cunningham’s next book, to be released next February.

“(Garden Walk Buffalo) has acted as an imagechanger for Buffalo,” Cunningham said. “It’s quite remarkable what the gardening itself has done.”

Typical of densely planted, upright spaces within the city, Buffalo gardens are deeply expressive of each individual, Cunningham said. She said people work to make the most of a shorter growing season, playing with different plant combinations and containers, plant pairings people wouldn’t normally expect.

“In Buffalo, these gardens are beyond normal creative,” Cunningham said. “They’re using original art or found art and daringly placing this art in their gardens.”

Cunningham is not a stranger to speaking at BTG events and said she knows when she speaks at the Institution that she’s speaking to an educated and open-minded audience.

“When I speak about nature or different styles, I know they get it,” Cunningham said.