Pianist Alexander Kobrin won the Gold Medal of Van Cliburn International Piano Competition in 2005 and is currently a faculty member at Eastman School of Music. Now, he is at Chautauqua for the first time.

“I’m very excited to make my debut there,” Kobrin said.

On Tuesday, July 17, Kobrin gave a master class to the piano students, where he helped them “develop the experience of touching the amazing work of art.” 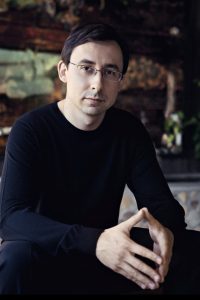 Wednesday, July 18, Kobrin will perform all three piano sonatas of Frédéric Chopin, including Chopin’s “Piano Sonata No. 1 in C minor, Op. posth. 4,” which is rarely performed, in his piano recital at 4 p.m. Wednesday, July 18,  in Elizabeth S. Lenna Hall.

“It’s a great opportunity for people to hear a real master of Chopin, Kobrin, perform not just the two famous wonderful Chopin sonatas but the one that no one ever hears,” said John Milbauer, co-chair of the Piano Program.

When Kobrin told his friends and colleagues that he was taking on this project — working on Chopin’s first piano sonata and performing it — they all said “we’ve never heard the first sonata.”

“For me personally, it’s a very special recital because it’s going to be the very second time I will be playing (all three Chopin piano sonatas),” Kobrin said.

Milbauer said that Kobrin not only has won several prizes, including the Van Cliburn gold medal and the Ferruccio Busoni International Piano Competition in Italy, but has also recorded some of Chopin’s works and has performed many of the composer’s pieces, including his second and third sonatas.

“Though it is a very beautiful piece, I’ve never heard it performed in a recital,” Milbauer said. “There are a handful of recordings of it, but it’s never performed.”

“It’s not that the first isn’t beautiful,” Milbauer said, “but the second and the third are real masterpieces of literature.” 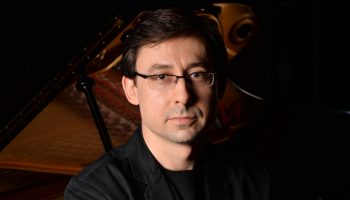