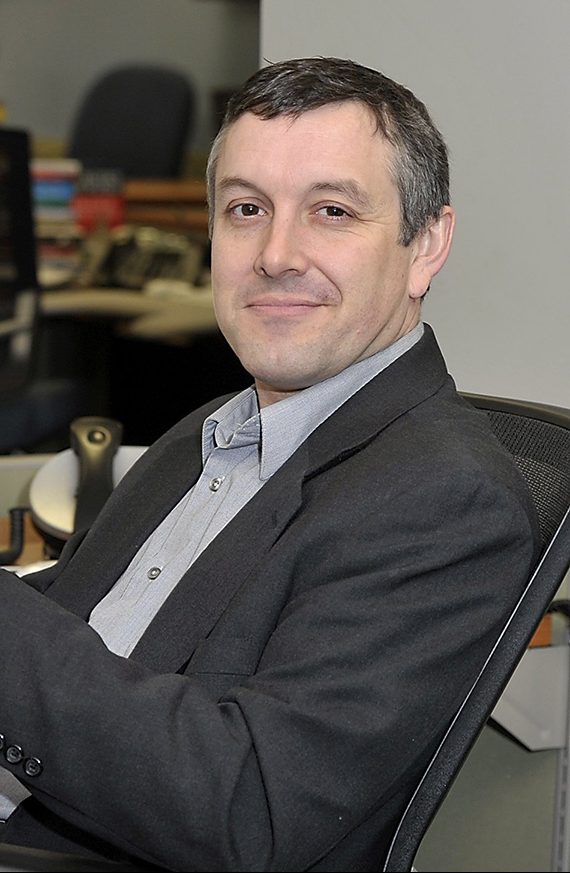 Since declaring independence, America has prided itself on being the “land of the free.” After a fight for liberty, the Founding Fathers had clear intentions to establish a democratic nation of diverse people, far removed from British control.

This freedom, however, has borne its own set of challenges.

At 2 p.m. on Tuesday, July 3 in the Hall of Philosophy, award-winning author and journalist Colin Woodard will address the struggle of defining freedom in modern America during his lecture “American Character: The Struggle between Individual Liberty and the Common Good and the Survival of the Republic.” Woodard’s lecture, moderated by Interfaith Youth Core founder Eboo Patel, marks his first visit to the Institution.

“Are we building a free community or are we trying to maximize individual freedom?” Woodard said. “The raucous nature of many of our conflicts and our internal crises boil down to the clash of those two things.”

Woodard’s lecture will draw from his most recent book, American Character: A History of the Epic Struggle Between Individual Liberty and the Common Good, a 2017 Chautauqua Prize finalist and winner of the 2017 Maine Literary Award for nonfiction. In his book, Woodard defines American freedom as a regional struggle. Given the distinct cultural, social and religious differences that exist within one nation, the attempt to define freedom is often overshadowed by disagreement.

“Where’s the equilibrium point for our particular federation, given our different regional cultures, and how could you build a super majority that would have enough public support through various regions that could carry it forward?” Woodard said. “We’ve done that for decades in the past, precisely because regional coalitions were formed that gave you a super majority. It’s the fact that in recent decades, we haven’t had that.”

In order to reach the “equilibrium point,” Woodard said liberal democracy needs to be redefined and expanded. In a country that once described itself as a melting pot, a two-party system is a feeble attempt at inclusiveness.

“How can you have the Christian right and Ayn Rand libertarians in the same party? Philosophically speaking, they don’t share a lot of fundamental things in common,” he said. “Both parties are coalitions of things that don’t really go together. Realizing that and understanding the actual spectrum of options is a clarifying thing.”

But before citizens can begin rethinking the bipartisan system, Woodard believes the nation’s lens needs refocused. Currently, political conversation is dominated by a desire for power and control.

“American conversation has circled around freedom and a competition with how you secure that,” he said. “The conversation in the past year and a half has been about fear and resentment, which I think everyone should find worrying.”

As an international correspondent in the 1990s, Woodard brings years of reporting, research and reflection to Chautauqua. While working as a journalist in eastern Europe, he covered the aftermath of the Cold War and the region’s struggle to rebuild after the fall of communism.

These experiences, he said, have been used to inform his research on American democracy.

“How do you build a liberal democracy and then how do you sustain one has become one of the things I’ve dealt with throughout my career,” he said. “The past informs the present and only by understanding where we come from can we understand where we’re at.”

Using visuals in the Hall of Philosophy is uncommon; however, visuals are important to Woodard’s lecture.

“We are going to initiate a grand experiment by asking attendees to bring their smart devices with them to the lecture,” said Director of Religion Maureen Rovegno.