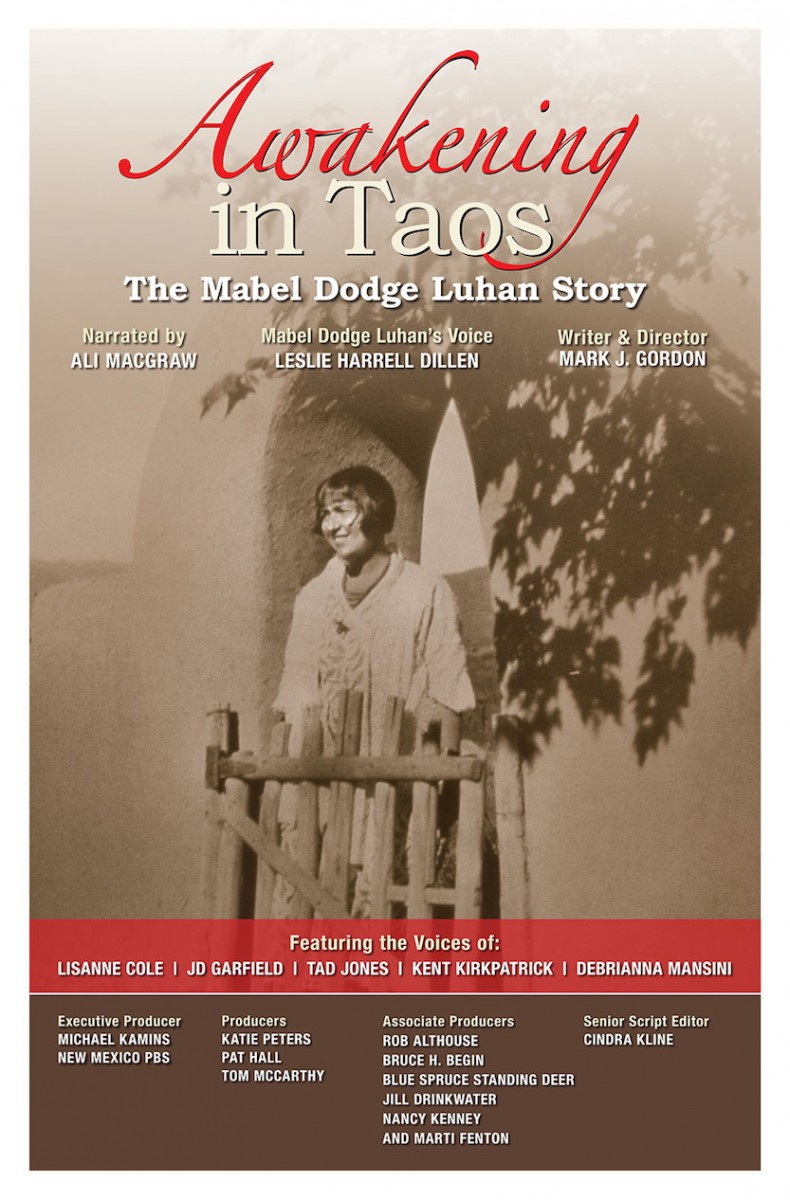 In northern New Mexico, there is a city called Taos. It is home to less than 6,000 people, but it was lifted to national recognition when Buffalo-born Mabel Dodge Luhan moved to the city in 1917.

“My world broke in two right then, and I entered into the second half, a new world,” Luhan wrote in her memoir Edge of Taos Desert.

A film about Luhan’s impact on Taos, “Awakening in Taos: The Mabel Dodge Luhan Story,” will be shown at 7 p.m. Wed., Aug. 22, at Chautauqua Cinema as part of the Chautauqua Food & Film Festival, followed by a talkback with writer and director Mark Gordon, and special guest Ali MacGraw.

Luhan was a writer, salon hostess, art lover and social activist. She lived in Greenwich Village before moving to Taos. She was a promoter of women’s reproductive rights alongside Margaret Sanger.

Upon moving to Taos, Luhan became familiar with the Taos Pueblo. She married Antonio Lujan, a full-blooded Tiwa Indian from Taos Pueblo.

“This marriage required unbelievable mutual sacrifice and enormous courage on both of their parts in the early 20th century,” according to the “Awakening in Taos” website. “Together,

Tony and Mabel created a revolutionary bridge between two cultures and brought the sophisticated but decaying urban culture of the early 20th century into direct confrontation with an ancient culture based on natural rhythms and a sacred respect for the mystery of all existence.”

Though Luhan died on Aug. 13, 1962, her stances on social justice have remained relevant.

“In this present age of environmental crisis and social change, we believe the time has come to reawaken the issues for which Mabel Dodge Luhan campaigned with her heart and mind,” the film’s website reads.

“Awakening in Taos” was written and directed by Gordon, a fine artist, graphic designer, photographer, web developer and independent filmmaker who is also CEO of Vision Marketing Associates.  The film is narrated by Academy Award nominee MacGraw. Both will be in attendance for the talkback today. A second screening of “Awakening in Taos” will be held 7 p.m. Thursday in the Hall of Christ.