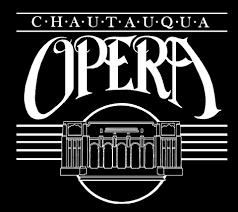 Chautauqua Opera Company performed three productions during the 2018 season. The operas were spread out over seven weeks, and none of them happened within a week of each other.

That will change for Chautauqua Opera’s 2019 season, which will present three shows in three days.

Chautauqua Opera will bring renditions of the Beaumarchais Trilogy to Chautauqua. Chautauqua Opera will perform Rossini’s Il Barbiere di Siviglia, Vid Guerrerio’s ¡Figaro! (90210), a take on The Marriage of Figaro, and composer John Corigliano and librettist William M. Hoffman’s The Ghosts of Versailles, which is loosely based on Beaumarchais’ The Guilty Mother. The weekend-long event will take place July 25 through July 27.

The goal of the opera-filled weekend is to attract enthusiasts from outside of the grounds, said Steven Osgood, general and artistic director of Chautauqua Opera, so tickets to the operas will be offered as a package for those wanting to attend all three. Institution gate passes will be included in the package.

“I’m excited because I think people will come to this,” Osgood said. “I think people in the opera field, either industry people or audience members, will say, ‘OK, that is what I really need to go to.’ ”

¡Figaro! (90210) is a site-specific piece and will take place in the Athenaeum Hotel Parlor. The opera is a take on Mozart’s The Marriage of Figaro. This modern adaptation is set in Beverly Hills and the main characters, Figaro and Susanna, are undocumented workers.

Chautauquans will have multiple opportunities to see the English-Spanish ¡Figaro! (90210). The production will run once a week for the first five weeks of Chautauqua’s 2019 season, and 135 seats will be available each performance.

Chautauqua Opera did something similar in 2017 when Chautauquans were able to see two operas, Hydrogen Jukebox and Don Pasquale, on back-to-back nights. At that point, Chautauqua Opera had never offered more than one opera at a time. Last season acted as a test run to see if this opera package could be manageable, Osgood said.

“This particular trilogy of operas has been done,” Osgood said. “Los Angeles Opera did these three in the same season a few years ago, but never in back-to-back nights where you could see the whole story on Thursday night, Friday night and Saturday night.”