The cataclysm of World War II claimed the lives of 50 to 80 million human beings. As a broken world tried to put itself back together, the victorious Allies proposed an international court to bring to justice the people responsible for this unimaginable bloodshed.

In 1945, Justice Robert L. Jackson of the U.S. Supreme Court was chosen by President Harry S. Truman to be America’s chief prosecutor, and Truman tasked him with designing and implementing this unprecedented court in what became known as the Nuremberg trials, so called for the German city where they were held.

Since then, there have been four other international war crime tribunals: the prosecution in The Hague of the leaders of various factions in the civil war in Yugoslavia; the trial, also in The Hague, of those responsible for or complicit in the Rwandan genocide; the Special Court for Sierra Leone, created to address the horrific crimes perpetrated during that country’s 11-year civil war; and the trial of Khmer Rouge members accused of killing millions of their Cambodian countrymen.

In 2005, David M. Crane, the chief prosecutor in the Sierra Leone trials, gathered together the other special prosecutors for a retreat at Chautauqua Institution to reflect on the state of international criminal law and its future. Over the years, this small, exclusive club grew to encompass not just prosecutors, but legal scholars, academics, policy makers and human rights activists.

From Sunday until Tuesday, they will return to Chautauqua for lectures, symposia and conversations as part of the 12th International Humanitarian Law Dialogs, programmed by the Robert H. Jackson Center. The program kicks off at 9 a.m. Sunday, Aug. 26, with a screening at Chautauqua Cinema of the new documentary, “500 Years: Life in Resistance,” a film about the oppression of the Mayan people and their quest for justice. Award ceremonies, receptions and informal discussion groups will take place around the grounds through Tuesday evening.

Each year, the organization publishes a book on its proceedings from the previous meeting, and it announces a declaration in keeping with its yearly theme. “Is the Justice We Seek the Justice They Want?  Cultural Approaches to International Justice,” is the theme this season.

Crane said he came up with the phrase because the victims of atrocities have not gotten adequate attention. In his years in Sierra Leone, he held dozens of community forums to listen firsthand to victims’ stories and concerns and get their input.

“The U.N. tends to step over and around the victims,” said Crane, a renowned expert in international criminal law and a former professor of that subject at Syracuse University’s law school. “More recently, there has been greater focus on the victims. They tell us what’s going on. That’s important.”

Victims of war crimes from Sierra Leone to Syria will participate in panel discussions, he added.

“The dialogs bring together people who don’t get together normally,” said James C. Johnson, the events’ principal organizer, a Special Court for Sierra Leone prosecutor for nine years, and a past president of the Jackson Center.

Promoting fundamental human rights and the rule of law is the core mission of the group, but the annual event also allows members to unwind and share experiences, Johnson said.

“We’re part of a unique fraternity,” said Stephen J. Rapp, the former American ambassador-at-large for global criminal justice and a distinguished fellow at the Simon-Skjodt Center for the Prevention of Genocide at the U.S. Holocaust Memorial Museum, who will deliver the keynote address at 9:25 a.m. Monday at Fletcher Music Hall.

“It’s getting smaller as our Nuremberg colleagues die and the courts close,” he said. “There are more former than current prosecutors. We are all personal friends; that’s what’s cool about it. We gather at this peaceful place,  Chautauqua, often on the porch of the Athenaeum. It’s dressed down and easygoing.”

The subject that has brought them all together is, of course, deadly serious. Some participants said the dialogs are more important than ever as the world — and the United States — recede from broad commitments to human rights and international justice.

After the Nuremberg trials, Crane said, a kind of political stasis had paralyzed the United Nations. Some members of the U.N. Security Council, including the United States and Russia, wielded their veto power to block multinational solutions, a subject that Jennifer Trahan, professor at New York University’s Center for Global Affairs, will explore in a talk at 9 a.m. Tuesday at the Athenaeum Hotel.

“Dictators were allowed to do whatever they wanted,” Crane said.

But by the 1990s, he said, the world community had come to the realization that continuing to stand around and watch as regional wars raged was no longer defensible, and decided to act by resurrecting war crimes tribunals as a way to hold accountable those responsible for slaughtering their own people.

“There is no global consensus on criminal justice right now,” Rapp said. “The European Union, South America and Africa are committed, but the United States, Russia, China, Israel and Saudi Arabia are not.”

“I don’t know if we have reached a crisis point, but it is very concerning, this pulling back from international cooperation on criminal justice,” he said. “We’re at a low point right now. Over the last 20 years, individual states have pulled back on their commitments to international justice and international criminal law. But I’m an optimist, and the pendulum swings.”

Trahan, Rapp and Crane also lamented the disengagement of the United States, but expressed faith in the future.

“There has been a sea change in the last 50 years,” said Trahan, who served as counsel on the International Justice Program of Human Rights Watch. “People expect accountability. Victims demand it. We are in a different political environment, and we have to figure out how to address this. The United States is certainly showing no leadership. Sometimes justice takes a while. There has to be an accounting. We’ve come too far.”

The world, including the U.N. Security Council, may have backed away from past support of organizations like the International Criminal Court, which President Donald Trump’s national security adviser John R. Bolton has written that “America should welcome the opportunity … to strangle the ICC in its cradle.”

Yet the people who have dedicated their lives to international justice remain committed and hopeful. In 2016, the U.N. General Assembly established the International, Impartial and Independent Mechanism, known as “the Mechanism,” to help investigate and prosecute people responsible for serious war crimes. And vast databases of evidence, like that of the Syria Accountability Project, which Crane founded at Syracuse, continue to be compiled around the world, waiting for future prosecutors.

“Justice takes one step forward and two steps back, sometimes three steps back,” Crane said. “Do people eventually get justice? Maybe. They did in Sierra Leone. They did to an extent in Rwanda and Yugoslavia. But they haven’t in Syria, Yemen or Myanmar. Not yet.” 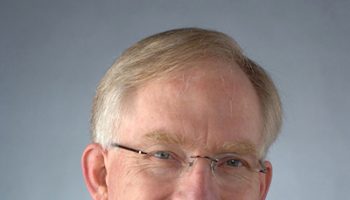 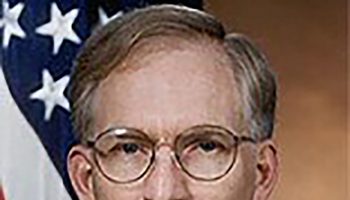