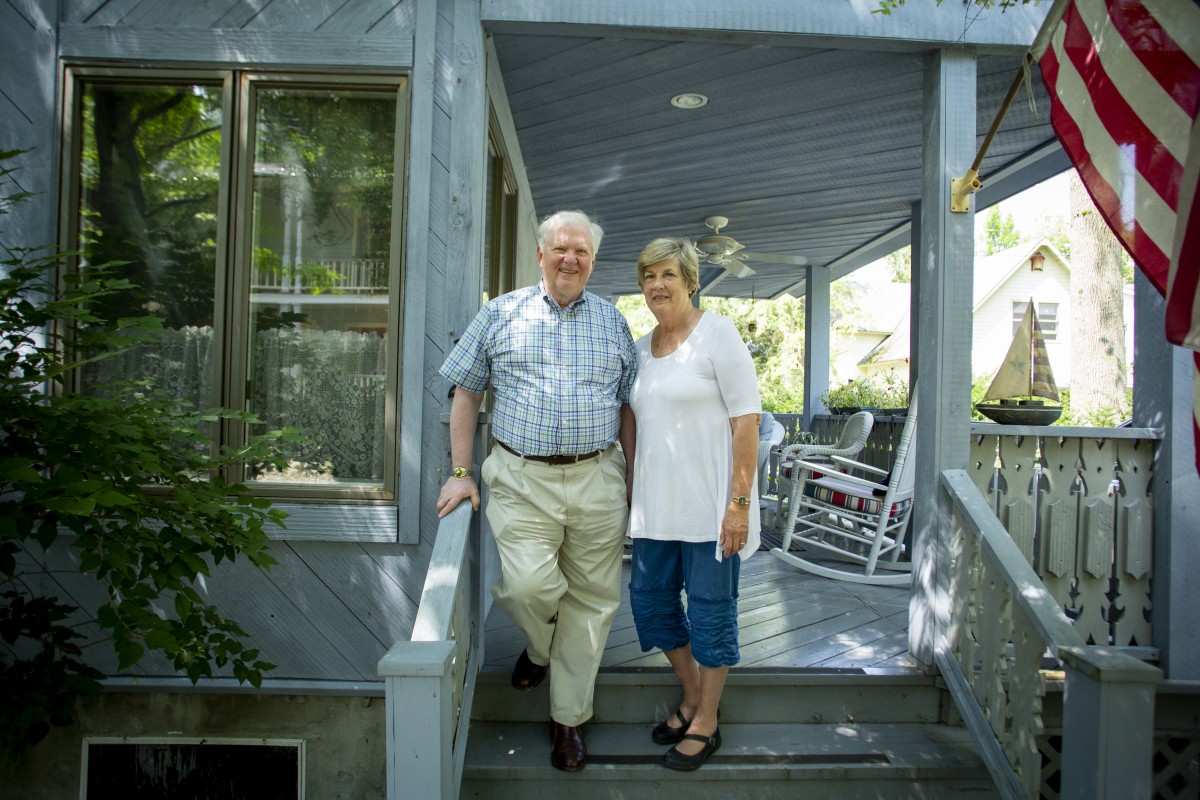 Don Blom, former associate executive director at the National School Boards Association, and Sherry Blom, retired architect, spent a great deal of their adulthood in Washington, D.C., before retiring to Richmond, Virginia, in the summer of 2008. For nearly two decades, they belonged to the Foundry United Methodist Church in the nation’s capital, where they met and began a Bible study with Steve and Pat Telkins.

This was also when the the Bloms were first introduced to Chautauqua Institution — by the Telkins, who spend their summers here.

“We heard about (the Institution) for so many years from our friends,” Don Blom said. “We knew about it from afar for many years before we actually got there, and then once we got there we just really fell in love with the place.”

From 2009 to 2017, the Bloms spent between one and three weeks at the Institution every summer. They not only appreciate the world-class programming, but also enjoy the scenic environment.

“I like the architecture of the houses, so it’s always fun to go for a walk and look at the details of the different porches and houses,” Sherry Blom said. “And some of the gardens are spectacular.”

After several years of visiting, Don and Sherry Blom decided to purchase their own home on the grounds, allowing them to stay the whole season for years to come. The 133-year-old cottage sits on Foster and is “perfectly located” between the Amphitheater and Hall of Philosophy,  they said.

The couple is also looking forward to exploring the history associated with the cottage and the Institution in general.

“One of the things that is interesting is that with this house, we inherited a number of books, including at least four early history (books) of Chautauqua,” Don Blom said. “We’re looking forward to delving into those and actually learning even more detail about the history.”

The Bloms have already learned a great deal about the cottage. Constructed in 1885, it was owned in the 1920s by a woman named Harriette Safford. At the age of 83, she learned of another Chautauquan named Harriet Safford with no relation to her, after — understandably so — their mail kept getting mixed up. After the elder Harriette Safford met the younger Harriet Safford for tea, she began to give the younger woman piano lessons.

The two Saffords eventually became so close that the elder woman gave the younger Harriet Safford the cottage in her will. The cottage has remained in the latter’s family until Don and Sherry Blom purchased it this season. In honor of its history, the couple named the house “Safford House Circa 1885.”

Don and Sherry Blom admire the Institution’s history and think it is currently “thriving.”

“I think (the Institution) is very relevant today and probably is as excellent a lifelong learning experience as you can possibly have.”

The couple also recognizes the importance philanthropy has in bringing quality programming to the grounds every summer. For this reason, Don and Sherry Blom joined the Bestor Society this season.

Named in honor of Arthur E. Bestor, the Institution’s president from 1915 to 1944, the Bestor Society includes Chautauquans who contribute $3,500 or more annually to the Chautauqua Fund.

Don and Sherry Blom see joining the Bestor Society as a way to deepen their Chautauqua experience.