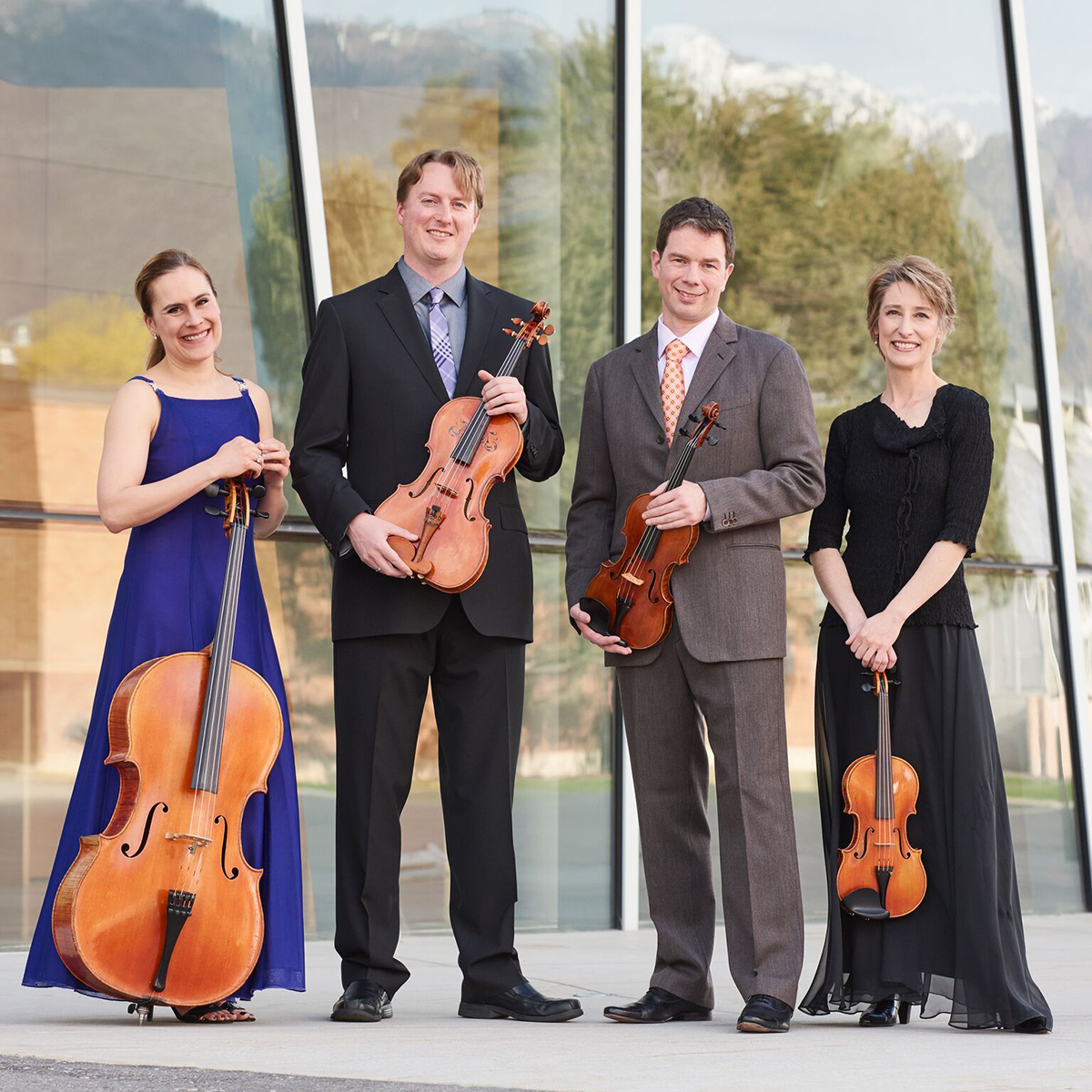 At 4 p.m. Saturday, Aug. 4, in Elizabeth S. Lenna Hall, the Fry Street Quartet will perform the music of Haydn, Bartok and Barber. For Barber’s “Dover Beach,” the quartet will be joined by School of Music faculty member and baritone Kelly Markgraf.

The Fry Street Quartet — named after the location of its first rehearsal space — was founded in 1997 in Chicago. The group discovered some success fairly quickly; just a few years after forming, they were one of three American ensembles invited to compete at the Banff International String Quartet Competition.

After adding two new members, the Fry Street Quartet would go on to win several chamber music competitions and establish a presence as a string quartet to be reckoned with. But before that success, the group embarked on a three-year “Rural Residency” fellowship, which McFaul described as “Peace Corps for chamber music.”

The fellowship, which was sponsored by the National Endowment for the Arts and Chamber Music America, pairs chamber ensembles with rural areas that would like to have an ensemble in residence as part of their community. The Fry Street Quartet was placed in Hickory, North Carolina.

It was a formative experience for the group, McFaul said. In addition to allowing for more rehearsal and performance time, the fellowship gave the members a new perspective on their craft.

“I think sometimes a life in classical music can be pretty rarefled. Leaving that bubble and interacting with audiences that are not seeking you out — there’s a lot to be learned from that.”

The program the group is presenting today includes string quartets by two innovators in the genre — Haydn and Bartok — and Barber’s “Dover Beach,” written for string quartet and baritone.

“Honestly, we wanted to do (“Dover Beach”) because it was an excuse to collaborate with our friend, Kelly Markgraf,” McFaul said.

The quartet and Markgraf have collaborated before on the opera As One, which they will perform with Chautauqua Opera Company at 4 p.m. Tuesday, Aug 7, in Norton Hall. They’ll need to draw on their previous experience working together: Barber himself said that “Dover Beach” is a challenge for all involved.

“‘Dover Beach’ is a very difficult piece because nobody is boss, so to speak,” Barber wrote. “Not the singer or the string quartet. It’s chamber music.”

Saturday afternoon’s concert will feature Bartok’s String Quartet No. 5 and Haydn’s String Quartet in G Major, op. 76. The piece by Haydn, McFaul said, will be a “life-affirming” exhibition in both joy and humor.

Bartok’s quartet, written more than 100 years later, has its own kind of humor. Like much of the composer’s music, the piece uses musical scales that weren’t standard to the Western classical repertoire at the time of its composition, McFaul said. Bartok received a fair amount of criticism for not using the standard musical scales of the time.

As a sarcastic response, near the end of String Quartet No. 5, Bartok writes in several major scales — the most standard scale in Western music — with instructions to play them “very mechanically and with indifference,” McFaul said.

Q&A: Scenic design fellow Samuel Keamy-Minor wants to use more color in his work to expand his creative DNA