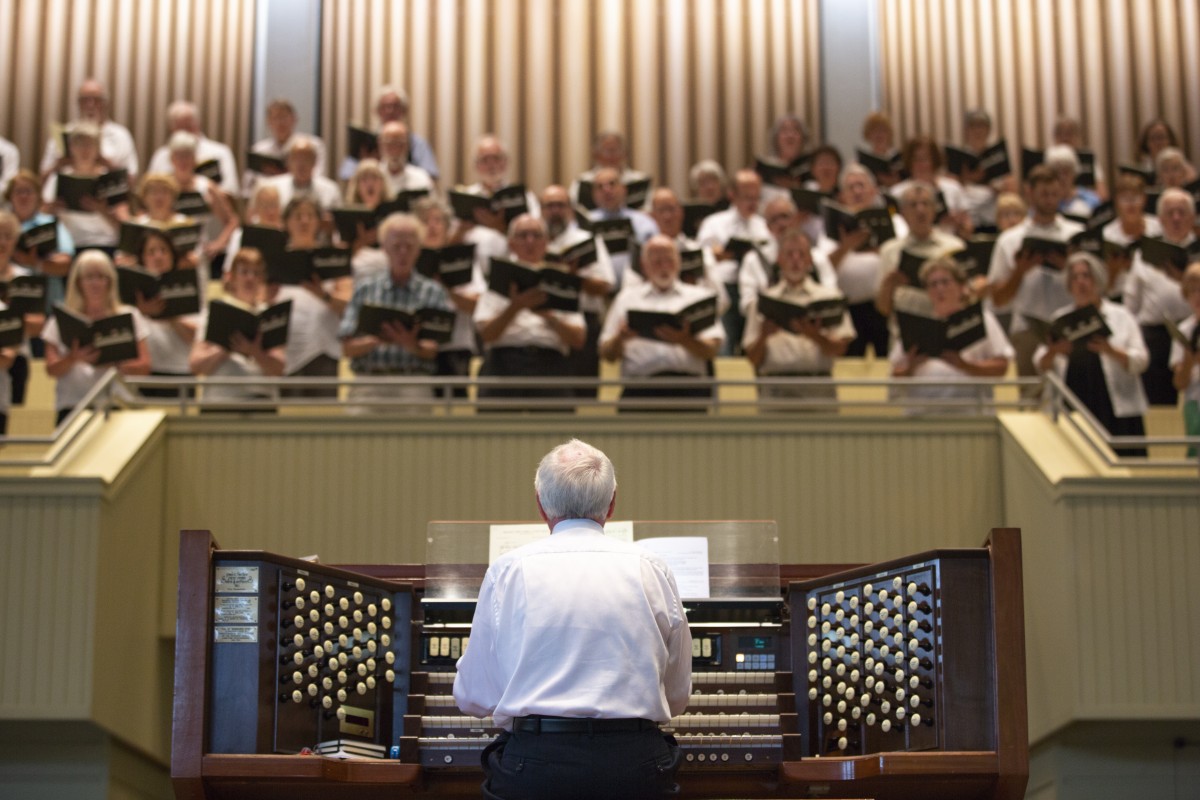 Though remembering the deceased can evoke a sense of longing, Jared Jacobsen believes it is also an opportunity to celebrate unity among Chautauquans.

At 8 p.m. Sunday, August 12, in the Amphitheater, the annual “In Remembrance” Sacred Song Service will celebrate the life and memories of Chautauquans, and friends of Chautauquans, who have passed. During this service, books of memory from all denominational houses will be placed on the stage, along with votive candles.

The remembrance service will include a performance of “Requiem,” a piece by French composer Gabriel Fauré. A requiem, Jacobsen said, is typically a large scale choral work that commemorates the dead.

However, Fauré’s version is what Jacobsen describes as “very gentle,” making it ideal for Chautauqua.

“Faure side-stepped other traditional requiems and wrote very tender music on a small scale,” Jacobsen said. “It’s accessible to singers in smaller churches. … It feels like a miniature piece of something you can hold in the palm of your hand very tenderly. So that became the core for this annual service.”

Jacobsen said this camp is a rare opportunity for rising musicians.

“It’s a great educational thing for these kids,” he said. “By the time they’re graduating from high school, they will have played on the stage here, a fully professional gig, and played with an orchestra and choir. You hardly ever get to do that unless you’re in a full symphony somewhere.”

As someone who started as a young musician at Chautauqua, Jacobsen said he feels compelled to help the students, and believes the Sacred Song Service provides an opportunity to do so.

“I am a product of this place because there was a way I could come at 5 years old and continue coming back and get better and better at what I do, and then now pay it forward to do it for somebody else,” he said. “Anything that involves young people and music here, I’m all over it. I’m just crazy about that idea.”

Though this service will be packed with participants and activity, Jacobsen said the atmosphere will be calm and collected. Unlike other large scale performances, the annual “In Remembrance” service has historically been softer, he said.

“The first time we did it, people were afraid to mess it up and they sang it very quietly,” Jacobsen said. “It’s like the Amphitheater is humming the sound, and it was an interesting experiment in crowd control. It’s a very gentle performance with a couple thousand people, which sounds like a musical oxymoron.”