Bob Proehl is tired of seeing himself in the narrative.

A native of New York and author of A Hundred Thousand Worlds and The Nobody People, Proehl will deliver a Brown Bag lecture at 12:15 p.m. Friday, June 28 on the porch of the Literary Arts Center at Alumni Hall.

The Week One prose writer-in-residence at the Chautauqua Writers’ Center will explore the radical potential of unconventional storytelling and move beyond formulaic notions of a protagonist-centered or conflict-based narrative. His Brown Bag, “We Don’t Need Another Hero: Writing Beyond Narrative,” will reference novels that try fresh approaches, touch on strategies he himself utilizes, and discuss the difficulties of rethinking age-old narrative tenants.

“When, culturally, we get locked into that idea of ‘all stories matter, all stories are conflict-based and also conflict builds character,’ you end up not being able to convey information in a way that falls outside of that,” Proehl said.

A 2012 New York Foundation for the Arts Fellow in Fiction and a 2013 resident at the Saltonstall Arts Colony, Proehl has worked as a DJ, a record store owner and a bookseller and programming director for Buffalo Street Books. In his official online biography, Proehl notes that his local comics shop was Queen City Book Store.

A Hundred Thousand Worlds, published in 2016, is a fictional tale of a comic-con roadtrip starring 9-year-old Alex and his mother, Val, the former star of a cult television show. An array of characters — a woman comic book writer, a paid cosplayer, an unstable fan — constellate around the family’s journey across the country to Los Angeles, and Proehl interjects vignettes about various comic book characters throughout. It is a text teeming with community and the unique, nerdy atmosphere of comic book conventions.

He referenced a New Yorker article by Masha Gessen, “What HBO’s ‘Chernobyl’ Got Right, and What It Got Terribly Wrong,” in which Gessen argues that the showrunners had to distort truth in order to better serve a visual narrative.

On one hand, he said, “we have to remain open to non-narrative forms of information conveyance in our nonfiction. We have to relearn to process data. We have to think more about community or cultural-level stuff rather than focusing on personal or psychological narratives. But then the flip side is: how do you do that in fiction?”

The Nobody People, Proehl’s forthcoming novel, again dabbles in the fantastical — but these outcasts’ otherworldly abilities are not confined to the panels of a comic book. By focusing his book on individuals not typically centered, Proehl hopes to stray from the standard hero.

“One of the main lines (of the book) is just exhausting this idea of a heroic narrative,” Proehl said. “There’s a character who is just like, ‘I know who I am for this story because I am a white male and clearly I’m supposed to save the day.’ And we watch that fall apart and the negative aspects of internalizing that as a trope or as a narrative.”

Last Sunday in the Hall of Philosophy, Proehl read an excerpt from The Nobody People that features Fahima Deeb, a Muslim woman harassed by the U.S. government for her faith and culture. She is one of many “nobodies” who possess extraordinary gifts that threaten to encourage a mounting tide of fear and bigotry in the United States.

When Proehl’s editor offered to have a staff member who grew up Shia conduct a sensitivity reading on Proehl’s manuscript, he jumped at the chance. Committed to imbuing his characters with rich and accurate inner lives, Proehl is also acutely aware of his privilege as a white man, and the role that plays in how he writes characters who are demographically different from him.

He also recognizes that the exact hero narrative he wants to leave behind remains rife with possibility when written from the perspective of an author who inhabits one or multiple marginalized identities.

These kinds of reimaginings benefit minorities and also the very people who might be hostile to such change, Proehl said.

Because of this disparity, Proehl sees a readership ill-equipped to empathize in the way others have been trained their entire lives.

“We’re not brought up to empathize in the way that other groups are,” Proehl said. “That’s one of the things that a shift in representation does.” 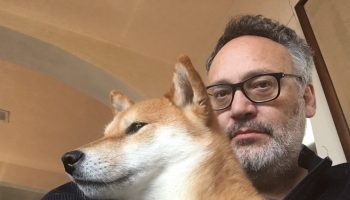