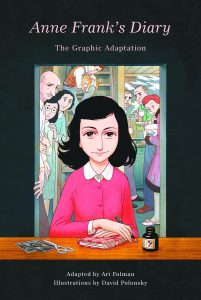 A classic middle-grade book joins a beautiful reimaging of the story of Anne Frank, her diary and identity for the CLSC Young Readers with Week One’s selections, Number the Stars by Lois Lowry and Anne Frank’s Diary: The Graphic Adaptation.

Adapted to a graphic novel format by Ari Folman and illustrated by David Polonsky, the 2017 edition of Anne Frank’s Diary will join Number the Stars as topics of discussion for the CLSC Young Readers Program at 12:30 p.m. today in the Jessica Trapasso Pavilion.

Jamestown Community College’s Liberty Partnerships with Chautauqua will present a discussion with its high school camp to talk about identity and the complexities of the self in the context of Week One’s theme, “Moments That Changed the World.” Liberty Partnerships students have the ability to interact with literature in a new way — discussing and teaching the young readers — while also earning college credits toward their own education.

Laurie Whitermore, JCC’s Liberty Partnerships program director, aims to encourage those in the CLSC Young Readers to participate in new activities and, as she put it, join the conversation instead of simply being talked at.

“Many readers already know the story of Anne Frank, but the graphic adaptation brings a new perspective,” Whitermore said. “Our focus will be on identity. What is identity and how do the readers define their own identity? We will look at identity from Anne’s perspective and how it changed due to her circumstances. There are many insights from Anne’s writings that provide the reader with an understanding of Anne’s development as a teenage girl, and in turn, give the reader the opportunity to answer questions about his or her own identity.”

Selecting a graphic novel may encourage more middle-grade and high school readers to join the program, according to Chautauqua Manager of Community Education Karen Schiavone, who said bringing in JCC’s Liberty Partnerships to Chautauqua will hopefully engage a younger generation of readers. 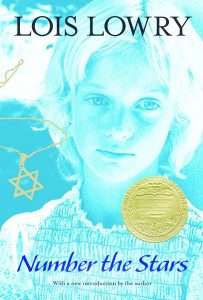 As children get older and discover new hobbies, reading can become a less important factor in their lives. By using graphic adaptations, older readers can be more enticed to stay in the program and continue to read and learn, Schiavone said. With Anne Frank’s Diary, Schiavone said readers would be able to digest a book with a strong historical emphasis, and she believes using a graphic novel is a good way for readers to understand and relate to Frank and her sense of identity.

“The amazing thing about reading any book is that your imagination creates the images for you,” Schiavone said. “But I think that sometimes with heavy content, like Anne Frank’s diary, it’s easier to digest and understand and relate to when you can see it in pictures.”

This, combined with a classic book like Number the Stars, helps to convey a complex message in two equally important mediums to allow children to understand and engage with the text. Schiavone said the introduction of a classic book will work in tandem with a new iteration to help efficiently explain the deeper meaning and relation to the Week One theme.

New members of the CLSC Young Readers program are not expected to have read all the books, according to Schiavone, but can still come for the discussion and activities throughout the season.

Roger Conner to Speak on Marriott Crisis Management for CWC