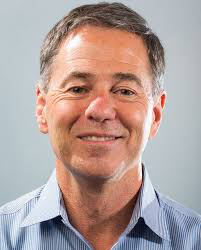 When seeking help with math homework, the children of many engineers learn pretty quickly that there’s more than one way to solve nearly every problem. But figuring out additional methods of solving just one problem on their own can be mind-boggling.

Once instilled in a young mind, however, this maxim can be applied to virtually every subject studied and venture undertaken, not to mention to life’s inevitable challenges. It can form a healthy point of view: If one approach doesn’t work and the problem is important, try others until it’s solved.

In his book, How to Raise a Founder With Heart: A Guide For Parents to Develop Your Child’s Problem-Solving Abilities, engineer and award-winning inventor Jim Marggraff uses stories, suggestions and science to convey what he’s learned over time about the art and science of problem-solving. Not only is his advice useful for parents in general, but also for entrepreneurs — “founders” — of any age.

At 2 p.m. Saturday, July 27 in the Hall of Philosophy, Marggraff — who has co-founded and founded a total of seven IT and artificial intelligence companies thus far — will give a presentation titled, “Raising a Founder With Heart,” as part of the Chautauqua Women’s Club’s Contemporary Issues Forum.

Marggraff said he will “roll in some technology demos,” involve audience members and do an “Increased Cognition Break.”

Along with his wife, M.J. Marggraff — whose CIF talk last July focused on her book, Finding the WOW: How Dreams Take Flight at Midlife — he has raised a son and a daughter who are now in their 20s.

Unlike those of his offspring, Marggraff’s childhood circumstances growing up in four small towns in west-central Connecticut were not optimal. He said neither of his parents had attended college, his father was physically abusive, and when he was 4, his parents divorced.

“Being with a single parent and a couple of sisters — we had food, but were on the edge,” Marggraff said. “There was not much to live on. My mom worked part-time so she could spend more time with us.”

They all moved in with their maternal grandmother.

Because of a speech impediment, no one could understand him at school, and he was assigned to low-level courses. It was speech therapy that enabled him to move up to the highest-level courses by the fourth grade.

Marggraff’s biological paternal grandparents were “very supportive.” He said that his grandfather had gone to Harvard University at the turn of the 20th century and studied dentistry.

“My sisters, and mother and I would visit his house in Washington, (Connecticut),” Marggraff said. ”He had a big, glass, illuminated globe on a wood stand. … He would inevitably quiz us on the globe and geography.“

Marggraff’s fortune changed when he was accepted to Massachusetts Institute of Technology in 1976. By entering its co-op program, he was able to combine his bachelor’s in electrical engineering and his master’s in computer science.

“Getting into college was a challenge, and paying for and staying in it, (especially) the last year when there wasn’t enough money,” Marggraff said.

As steward of his fraternity house, Phi Delta Theta, he earned his room and board. He also worked long hours at MIT’s Electronic Power Systems Engineering Laboratory. Marggraff said his boss at EPSEL gave him a personal loan so that he would not have to ask his mother and stepfather to mortgage their home to pay his tuition.

Soon after graduation, Marggraff and a friend came up with an idea for a real estate company while they were searching for a house to share. They called it HomeQuest and tried pitching it — unsuccessfully — to a group of real estate and startup investors.

In his book, Marggraff explains that it wasn’t enough to talk about what their business offered and how their system worked. They needed to show why HomeQuest mattered to them personally, so that prospective investors would have a reason to care about it.

Over a decade later, Marggraff would recall this lesson when co-founding his first successful business, Explorer Technologies.

In the meantime, he gained on-the-job experience at established corporations. When he interviewed at Rolm in Silicon Valley, Marggraff liked the California lifestyle.

“At that time, telecommunications was hot; it was a sizzling field,” he said.

Yet just “two years out of school, I was watching a company unravel,” Marggraff said. “As an engineer, I was astounded at the things that were causing it to fail.”

He followed six colleagues to StrataCom, which 26 former employees founded in Cupertino, California, in 1986.

“I had an interest in entrepreneurship since I was a little kid trying to supplement my income,” Marggraff said. “After MIT, I caught the bug of ideas. … At StrataCom I was effectively a founding engineer.”

He stayed at StrataCom through 1992, the year of its stock market launch.

Since then, wherever he has lived and worked, Marggraff has focused on technology-based learning. He has identified specific problems to solve, and forged ahead with solutions.

To improve geographic literacy in the United States, Marggraff co-created an interactive talking globe for children called Odyssey Atlasphere. By holding a special stylus and pointing it to a spot on the globe, children could learn the name of the country they were pointing at, as well as some key facts about it.

As CEO of Explore Technologies, a company he co-founded in Sunnyvale, California, Marggraff launched the Odyssey globe in 1996. He also co-invented the Explorer interactive globe line.

In 1998, the educational entertainment and electronics company LeapFrog Enterprises acquired Explore. Initially, Marggraff became vice president of content, then president of the internet division. His leadership roles within the company changed at least yearly.

To improve literacy and reading skills, Marggraff co-invented the LeapPad Learning System — a series of interactive talking books. He applied the stylus technology developed for Explore’s interactive globe, wrote and narrated many of the early books displayed in this tablet and involved his children in the storytelling process.

The LeapPad tablet debuted in 1999, and quickly became the company’s top product — its annual sales began to soar.

For six months, Marggraff served as president of Ubiquity, a former LeapFrog subsidiary and Marggraff start-up for investigating new applications of NearTouch technology and LeapPad devices.

In 2001 and 2002, the LeapPad was the top-selling toy in the United States, and in 2003, its books and accessories were the country’s top-selling toys. Within five years, there was a LeapPad in 77% of U.S. households with children ages 4 to 7.

At LeapFrog, Marggraff also created the Fly Pentop Computer, a customizable pen with a computer inside that was used with the company’s proprietary digitized paper. It debuted in 2005, and won three Toy Association “Toy of the Year” awards.

In January 2005, he left LeapFrog to become CEO of Anoto USA, a cloud-based software provider headquartered in Sweden.

He then founded Livescribe in Oakland in 2007, and became the company’s chair and CEO. Its purpose was to solve the problem of whether to take notes or to listen during a discussion or class. In doing so, he invented the world’s first smartpens, including the Pulse and the Echo, which have won dozens of awards.

At that point, Marggraff had already started Eyefluence as a solution to the problem of “how to make fast, hands-free navigation for virtual and augmented reality.” Using eye-tracking and eye-interaction technology that interacts with a head-mounted display, he focused on transforming intent into action simply through eye movement.

When Google purchased Eyefluence in 2016, Marggraff worked as a director of Google’s virtual and augmented reality division. He also served as the director of product management.

In 2018, he left Google to tackle the “huge problem” of social isolation in the United States and globally, including isolation among older generations. Currently he’s “exploring the concept of creating the world’s first AI Social Agent to address issues around human connectedness.”

“This is my seventh company,” said Marggraff, who holds 36 patents. “It draws from what I’ve done in my other six companies.”

Through all his endeavors, Marggraff has developed a penchant for serial entrepreneurship.

“It starts with a problem to solve that I can identify,” he said. “It’s a mix of frustration and a passion to solve it. It starts with an idea that is usually outlandish or considered impossible. … I listen to comments. … If it’s not moving, almost reluctantly, I’ll move forward.”

Rev. Susan Sparks to Bring Message of Advent to Pulpit