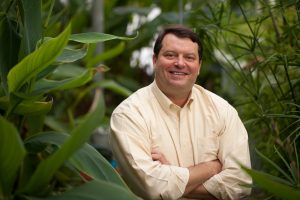 Every night when the sky gets dark, flying lights — that accompany the stars — begin to appear in the darkness.

The flashes of fireflies provide delight to those enjoying a summer evening. These blinks, which vary between firefly species, have meaning to other fireflies that people cannot decipher.

John Wenzel, director of Powdermill Nature Reserve, will discuss the evolution of the flashes of fireflies at 12:15 p.m. today, July 23, in Smith Wilkes Hall as part of the Bird, Tree & Garden Club’s Brown Bag lecture series.

“Everybody appreciates fireflies on a warm summer night, and they always wonder what’s going on there,” he said.

While he was a professor at The Ohio State University, Wenzel and his former student, Marc Branham, conducted one of the largest studies to date about the evolution of the communication patterns of fireflies. They did so by reviewing scientific literature on fireflies from around the world.

Originally, fireflies glowed as a warning to birds and mice — potential predators — of their toxicity.

“Often, things are colorful to say they’re toxic, but fireflies are active at night, and you don’t see colors at night, so they flash,” Wenzel said.

Later in the evolution of fireflies, flashing was used as nighttime communication between males and females. Females began to judge the males on the qualities of their flashes.

The latest evolution, Wenzel said, is that female fireflies will sometimes use their flashes to lure in a male firefly of a different species — then eat them.

Wenzel said one of the biggest challenges fireflies face is human interference with their habitats. Fireflies typically feed at the edges of streams and ponds. When humans alter these environments, the firefly population suffers.

“On Amish farms, you have tons of fireflies,” Wenzel said. “They don’t uses insecticides or herbicides on their farms.”

Wenzel said his talk today is designed for everyone, with or without scientific backgrounds, to enjoy.

“This talk is originally designed for a scientific audience, but because the information is attractive and accessible to the public, even little kids would enjoy it,” he said.

Students to Perform as Thanks for Hebrew Congregation Scholarships