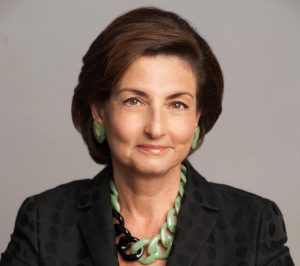 When Linda P. Fried earned her Master of Public Health from Johns Hopkins University in 1984, she didn’t expect to enter the emerging field of geriatric medicine. A fellow doctor recommended she look into the topic, and she did — more out of respect than interest.

Thirty-six hours later, she had decided to change the course of her career.

“The data were overwhelming,” she said. “We had added all these years to the length of our lives, but we were forecasting all this gloom and doom about what it meant. … I thought, ‘You know, there are other questions we should be asking and answering first, before we decide this is a disaster,’ … and I’ve been trying to figure it out ever since.”

Fried is the dean of Columbia University’s Mailman School of Public Health.

She will speak at 10:45 a.m. Wednesday, July 17 in the Amphitheater as part of Week Four, “The New Map of Life: How Longer Lives are Changing the World — In Collaboration with Stanford Center on Longevity.”

Fried said that in the last century, humans have added 30 years to the average life expectancy.

“Through intentional societal investment, we have created a whole new stage of human life,” she said. “This is unprecedented in the history of the world.”

She has spent decades studying the science of healthy aging. Among her accomplishments, she developed an assessment tool to test for frailty in the elderly, helping to define what was a formerly ambiguous medical term.

Fried believes that restructuring society to make room for this new stage of life has the potential to benefit everyone.

“I think there is more to say about how (longer lives) could change the world, than how they are already changing the world,” she said, “but we have unprecedented and unique human capital that older people bring, and we are learning a lot about the assets that people bring in older age, and how actually to invest in that so people are healthy in older age and can do the things that would matter to them and the world around them.”

In her talk, Fried will discuss some of the programs that already exist, and more that she believes should be created, to adapt the world to increased human longevity.

Although her field of study is geriatric medicine, Fried doesn’t want younger Chautauquans to think this topic is not relevant to their lives.

“I think the people who have the most to gain are actually younger people,” she said. “By the time we accomplish (societal change) they’re going to be ready to use it. It takes 40 years to build the next stage of a society, and by that time 25-year-olds will be 65.”

Fried said that besides climate change, addressing increased human longevity is one of the most critical issues facing the world today.

“If we do it well, everybody of every age will be better off,” she said, “And if we don’t, … everyone will lose.”

Tags : “The New Map of Life: How Longer Lives are Changing the World — In Collaboration with Stanford Center on Longevity.”Lecturesmorning lectureMorning Lecture Previewweek four
previous article

Fr. Richard Rohr, OFM, to Speak on ‘Intelligent Compassion’ in Lecture on ‘The Resistance’