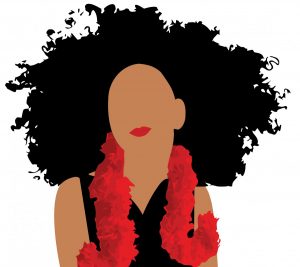 Throughout the Institution’s 145-year history, presidents and heads of state, such as Earl Aberdeen and Bill Clinton, have visited Chautauqua’s grounds. But, to the best of archival knowledge, never before has the Institution received a queen.

Diana Ross, one of the few recording artists to have not one, but two stars on the Hollywood Walk of Fame, has enchanted audiences around the world for decades.

“Who wouldn’t want to invite Diana Ross?” said Deborah Sunya Moore, vice president of performing and visual arts. “She is the queen of soul, the queen of Motown — she’s a legacy artist that I have always wanted to have here.”

Ross, whose performance tonight is provided for by Week Two program sponsor Erie Insurance,  is an American singer, record producer and actress, and has been performing since her start in 1959 with The Primettes in Detroit, which would later become The Supremes. By 1970, Ross left the group to pursue a solo career. Once her solo career began, she continued to thrive in the music industry, releasing hits like “Ain’t No Mountain High Enough” and “Love Hangover.”

“I just think having an artist of such importance in America is exactly the type of thing that we want to do at Chautauqua, and I’m just so honored that we have this opportunity to present her,” Moore said.

Among her responsibilities at the Institution, Moore is in charge of scheduling evening entertainment. She said she is excited for Ross to perform in the new Amp because, since its 2016-17 renovation, it is now fit for an artist of her prestige. Those renovations included a larger orchestra pit, improved stage lighting and technology systems for sound and projection, a larger stage, an improved loading dock with stage-level access and a new area for artists, guests and production crews.

Moore is delighted to welcome Ross to Chautauqua, as she’s an artist Moore especially admires.

“I hope she feels and senses what a community this is and just how special it is to have her here,” Moore said.

Moore believes Ross’ performance could potentially be, “the most memorable moment of the summer.”

Here’s a look back at Ross’ six solo No.1 hits!