Erb started off the summer season by tackling the role of Helena in CTC’s traveling production of A Midsummer Night’s Dream. While several of her fellow conservatory members were involved with the Young Playwrights Project, Erb and fellow conservatory actors Rishan Dhamija, Alexander De Vasconcelos Matos and Courtney Stennett dug into Midsummer rehearsal early and got some extra time to build their characters and relationships.

Currently, Erb is involved in CTC’s mainstage production of One Man, Two Guvnors. She started the process in the role of Clarence, but is now working to take over as Pauline because conservatory member María Gabriela Rosado González is leaving the grounds early.

Amidst the flurry of plays and performances, Erb said her favorite experience this season has been working with artists from other departments at Chautauqua to put on the Inter-Arts Collaboration of A Midsummer Night’s Dream.

“We got to work with members of the symphony, ballet dancers and the opera company, and it was so cool working with different artists from different disciplines,” Erb said. “We don’t get many opportunities to have cross-over between different art forms, so that was definitely a highlight.”

Where she’s from: Bloomfield Hills, Michigan.

Her family members have been longtime attendees at the Stratford Festival in Ontario, and when she was 5 years old, Erb saw a production of West Side Story at the festival and fell in love.

“I’ve been hooked ever since,” Erb said.

From that point onward, Erb took to the stage, involving herself with dance at a young age and finally becoming involved with theater when she got to high school. Upon graduating high school, she enrolled in the University of Minnesota’s BFA actor training program, graduated again and came to Chautauqua.

“I’d heard so many great things about (Chautauqua) over the years,” Erb said. “I’m excited to finally get to be a part of the experience here.”

Favorite theater memory: After a lifetime of seeing plays performed at the Stratford Festival, Erb finally got the chance to take the stage with an actor she’d watched for years.

At the Shakespeare Theatre Company, she joined the ensemble for Richard III, and Cara Ricketts was playing Lady Ann.

“We got to share a dressing room, and that was really special,” Erb said. “She had always been a mentor figure, but there, she became a friend too, and that was so cool.”

Reaching back even further, Erb said that few experiences have topped that original viewing of West Side Story that instilled a love of theater in her in the first place.

After some deliberation, Erb reached a decision.

What she’s watching: The wide variety of performances offered at Chautauqua.

“Being on these grounds and being able to consume all the amazing things the Institution has to offer has been so nice,” Erb said. “I got to see Diana Ross, and the live ‘Harry Potter’ concert. It’s almost been overwhelming because there’s such a huge amount of things to do and see.”

It’s far better to have too much to see, Erb said, than to have nothing good to see at all.

Erb said that both the friends she’s made and the bonds she’s formed within CTC, as well as the welcoming people at the Friends of Chautauqua Theater, have been hugely appreciated.

“People here really want to talk about what we’re doing,” Erb said. “They’re so intelligent and engaged, and those things make you strive to be the very best actor you can be.”

Specifically, Erb said she wanted to visit a French-Polynesian island.

“Maybe Bora Bora, or Fiji or Tahiti,” Erb said. “I want to stay in a hut right on the water, relax, snorkel and eat some amazing food.”

What’s next: “Well, I have to find an apartment first,” Erb said. “Currently, all my stuff is in storage for the summer.”

After securing some accommodations, Erb hopes to travel the country — and the world — acting and entertaining.

“I want to see and do so much, and just go wherever the work takes me,” Erb said. 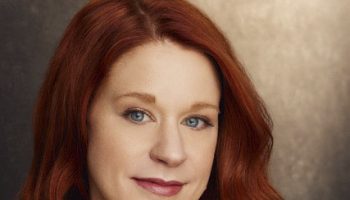