The 150 Forward strategic plan is a series of four key objectives — optimizing the summer season, broadening Chautauqua’s convening authority, improving Chautauqua Lake’s health and diversifying revenue — underscored by cross-cutting imperatives, of which IDEA is one.

At the sixth IDEA Listening Session on Tuesday, concerns were raised about physical accessibility, including lack of Americans with Disabilities Act-designated seating across the grounds; insufficient accommodations for those with visual impairments; brick walkways and bathrooms being  inaccessible for wheelchairs and walkers.

At the session — led by Chief of Staff and Vice President of Strategic Initiatives Shannon Rozner and Parker Suddeth, a consultant hired by the Institution — Chautauquans also pinpointed monetary inaccessibility, including gate pass rates and food price inflations.

The master plan, a tangent of the strategic plan, is a “menu of ideas” to develop under-utilized areas of the Institution, according to John Shedd, vice president of campus planning and operations; the plan is not concrete, and the board of trustees has yet to approve any plans.

Potential updates would make the area along Route 394 pedestrian-friendly by creating mixed-use retail space, sidewalks and bike lanes, in addition to building “winterized” hotels and conference centers behind the Chautauqua Golf Club or by Turner Community Center. On North Campus, a Bestor Plaza-esque quad by the schools of fine and performing arts was suggested and would include commercial food and beverage.

“Those types of elements start to address, again, the strategic plan by bringing in a wider demographic to Chautauqua and making it more interesting here for people of different age groups and different likes,” Shedd said.

When asked by an attendee at the Master Plan Information Session on Wednesday what the most likely and tangible changes to the grounds would be, President Michael E. Hill said the board of trustees would likely approve plans to relocate the maintenance shed on Route 394 to a more discreet location.

At the week’s final meeting — the Strategic Plan Information Session on Thursday — Hill dispelled a few rumors: the Institution is not extending the season to 13 weeks in the near future, nor emulating TED Talks on the grounds.

“(TED Talks are) somewhat counterculture to our mission,” Hill said. “We don’t believe that answers come in 15-minute chunks.” 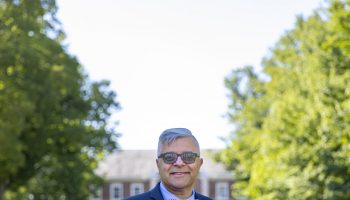