For artist and scholar Fahamu Pecou, language can be slippery. It can be oppressive. It can reinforce harmful stereotypes of Black masculinity and trauma. But, where language fails, art can be a respite.

“When we talk about democracy, there’s no truer form of democratic expression than in the arts — because every artist’s internal perspectives and views will be as unique as a fingerprint,” he said. “It creates spaces for every voice to be valued.”

Pecou will discuss language, art, democracy and Black masculinity in a presentation called “Notions of Resistance in Black Art” at 3:30 p.m. Wednesday, July 15 on CHQ Assembly. This lecture will usher in the 2020 lecture series hosted by The African American Heritage House.

Ultimately with all of my projects, whether it’s a lecture or an exhibition or whatever it may be, my ultimate goal is always to trouble questions. To get us to think, and question and challenge the way that we see the world, the way we see ourselves in the world, the way we see others in the world,” Pecou said. “For me, the goal is never about having the right answer as much as it is about figuring out what question to ask.”

Art means many things to Pecou. In his decades-long career as an artist, he has worked in painting, drawing, performance art, film and music. Regardless of medium, Pecou has focused his art on issues of Black masculinity.

“When it comes to representations of Black men, they’re often very extreme representations,” Pecou said. “You’re either George Floyd or Barack Obama, and I think that is equally problematic and equally traumatic, so I have been exploring ways to represent Black men and show aspects of Black masculinity and Black male livelihood that we don’t often see depicted in the media.”

Twenty years ago, this meant commentary on hip-hop culture. In his early work, Pecou created and marketed his art the same way hip-hop artists were presented in pop culture, despite his medium being painting and not music. But as time went on, his artistic focus began to change.

“When my son was born in 2008, that shifted to be specific around the enduring and intergenerational traumas of Black masculinity. I wanted to explore those as I question my own upbringing. I didn’t grow up with a father or male role model around me and I wasn’t sure if I had what it took to raise a Black man,” Pecou said. “I began to focus my work on those questions around Black masculinity — what it meant, what it looked like, why it looked the way it looked, and how we could change the narratives.”

Pecou found that many representations of Black men were inextricably tied to trauma. Rather than depicting suffering, Pecou was compelled to create more diverse images of Black men that show joy.

“One of the things that I’m drawn to currently is trying to work around the notion that continues to confluate Black bodies with trauma,” Pecou said. “When we talk about resistance, we have to broaden the scope of what that looks like. A few of the projects that I’ve been working on over the last year and half or so have centered on exploring spaces of Black pleasure and joy.”

In a 2019 TEDxAtlanta presentation, Pecou spoke further about the importance of representation. He referenced psychoanalyst Jacques Lacan’s concept of the “mirror stage,” in which people internalize cultural cues of what they are or ought to be.

“Rather than identity being formed from the inside out, it’s more likely shaped from the outside in,” Pecou said on the TEDx stage. “This becomes crucial when understanding Black male identity and performance because largely those representations are extremely narrow and problematic.”

Pecou’s art is not intended as an all-knowing voice. He said that he does not see his art as having all of the answers, but asking questions of its viewer and of society.

“Ultimately with all of my projects, whether it’s a lecture or an exhibition or whatever it may be, my ultimate goal is always to trouble questions. To get us to think, and question and challenge the way that we see the world, the way we see ourselves in the world, the way we see others in the world,” Pecou said. “For me, the goal is never about having the right answer as much as it is about figuring out what question to ask.”

The presentation will be followed by a live Q-and-A session with Pecou where listeners can submit questions through a submission portal, or on Twitter with the hashtag #CHQ2020. 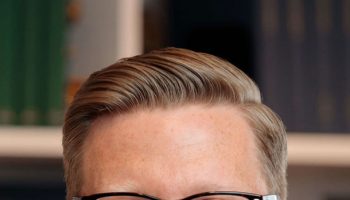 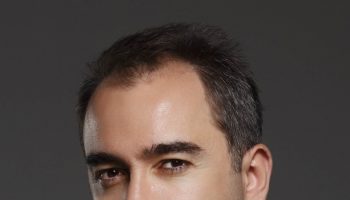