The catering business might not seem like a likely literary catalyst for a writer’s career, but in John Hoppenthaler’s case, it absolutely was.

Hoppenthaler, in addition to being a poet, educator and author of the books of poetry Domestic Garden, Anticipate the Coming Reservoir and Lives of Water, was Toni Morrison’s personal assistant for 9 years — all as a result of working as a caterer at Morrison’s house parties.

“She was always kind and polite; she’d come out and smile and say, ‘Hi,’ sometimes she’d bum a smoke in the garage, where all the dishes were being kept,” Hoppenthaler said. “She came from working class people. That was her family. So I think she felt, in some ways, as or even more comfortable with us than she did with the hoity-toity set.”

Morrison came to national attention with the publication of her 1977 novel Song of Solomon, which won a National Book Critics Circle Award, and won a Pulitzer Prize for her 1987 book Beloved.

At 3:30 p.m. EDT Thursday, July 16, on the CHQ Assembly Video Platform, Hoppenthaler will present Morrison’s book of essays and speeches, The Source of Self-Regard, which was published in February 2019, as the Week Three Chautauqua Literary and Scientific Circle selection. Hoppenthaler will discuss Morrison’s work, their relationship, and the effect both have had on his writing career as part of the book presentation.

“Time has passed since I was her assistant, but I continue to learn from her,” Hoppenthaler said. “Everything I ever heard her say to me has been important. I’d like people to understand how important a figure she has been to American literature not only as a writer, but as a critic and a literary citizen.”

Hoppenthaler said Morrison would often do favors for fellow writers to help bolster their careers, even though she was by no means required to.

“She wrote blurbs, committed to readings of things that she really didn’t want to do,” he said. “I want people to have a sense of how important her presence as a writer, as a critic, as a social commentator, as an activist, has been for all of us who love to read and write.”

While most people are familiar with what Hoppenthaler described as “the regal Toni Morrison,” he said that “she was different if you knew her in private. She was very down-to-earth. And she loved music, sometimes not what you would think. She loved the folk soundtrack to the Coen Brothers movie, ‘O Brother, Where Art Thou?’”

Hoppenthaler said Morrison always strove for her language to be “simple, but musical.”

“It was uncluttered. Her prose had a musicality to it,” he said. “She had a great ear. She loved opera, especially Jessye Norman was a personal friend who performed at a couple of her things. She wrote a couple librettos for Jessye Norman, even.”

The Source of Self-Regard is “absolutely brilliant,” according to Hoppenthaler. 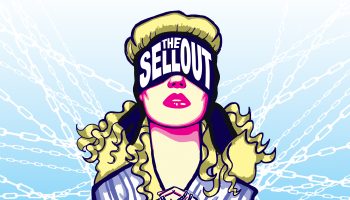 Commentary: Breaker of chains: the power of humor in Paul Beatty’s ‘The Sellout’