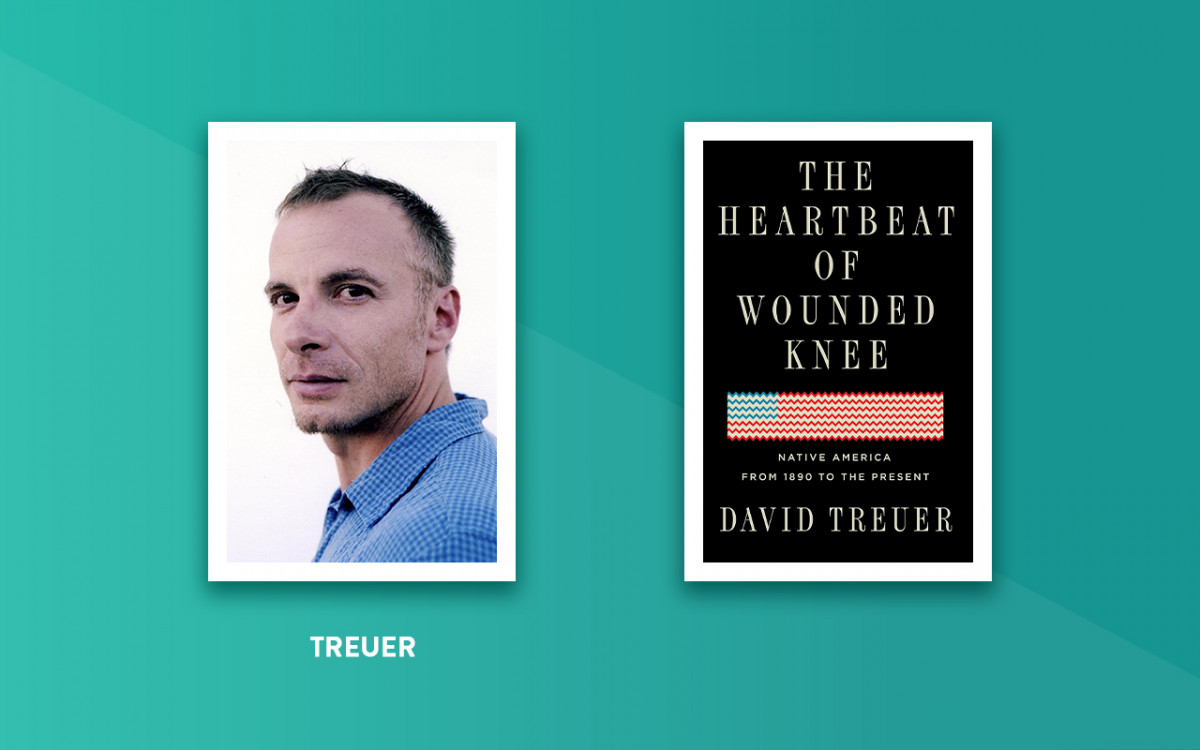 When David Treuer set out to write his first full-length work of nonfiction on reservation life in the United States, he thought it wouldn’t be difficult.

“I thought writing nonfiction was going to be easy,” said Treuer, an author and educator. “I was very wrong, in so many ways, about that. I handed in a whole draft of the book that was rejected, and Grove Press said they would cancel my contract unless I figured it out. It was pretty dire.”

Treuer said he knew only one thing: That he didn’t want 2012’s Rez Life: An Indian’s Journey Through Reservation Life to tell the “same old sad story” about reservations and about Native American lives, that he instead wanted to get away from the typical tragic narrative that had come to dominate literature.

“Knowing what you don’t want to do is maybe part of the battle, but it’s not the same thing as knowing what you need to do, and how you need to do it,” he said. “Honestly, I was stumbling around in the dark. I knew I had to write some history, because I was going back to talk about why reservations exist and what they need, so I had to go to the historical record.”

Treuer’s quest for knowledge, exemplified in Rez Life, is a trait that he said helped with the creation of his newest work of nonfiction, a counter-narrative of Native American history titled The Heartbeat of Wounded Knee: Native America from 1890 to the Present, which was a finalist for the 2019 National Book Award.

At 3:30 p.m. EDT on Thursday, Aug. 20, on the CHQ Assembly Video Platform, Treuer will give a presentation on The Heartbeat of Wounded Knee, the Chautauqua Literary and Scientific Circle’s Week Eight selection. Treuer, who grew up Ojibwe on a Minnesota reservation, has also written for The New York Times, Los Angeles Times, Esquire, Slate, and The Washington Post, among many others. He has a Ph.D. in anthropology, and teaches literature and creative writing at the University of Southern California.

“In The Heartbeat of Wounded Knee, David Treuer weaves history, memoir and reportage so aptly that when we move from the past to the present, we barely notice,” said Sony Ton-Aime, Chautauqua’s director of literary arts. “This is the point of the book, after all: The history of Native Americans is not a thing of the past.”

Ton-Aime said that The Heartbeat of Wounded Knee works on multiple different levels for its reader, including acting as an indictment of the government’s past actions and a testimony of a people’s perseverance in the face of constant hardships.

“There’s a tendency to think of Native lives and Native histories as a sort of sideshow,” Treuer said. “I want to change that dramatically. If people tune in to Native American life or Native American history, they tend to tune in the manner of volunteer work, like, ‘Well, this is the right thing to do,’ or, ‘This is the least we can do, we took all this land,’ as a kind of liberal social act or as community service.”

Though Treuer said that that’s not a bad reason to pay attention, it’s also not “the best reason.”

Fr. Richard Rohr says true evil in the flesh is really rooted in the ego, but it can still be killed