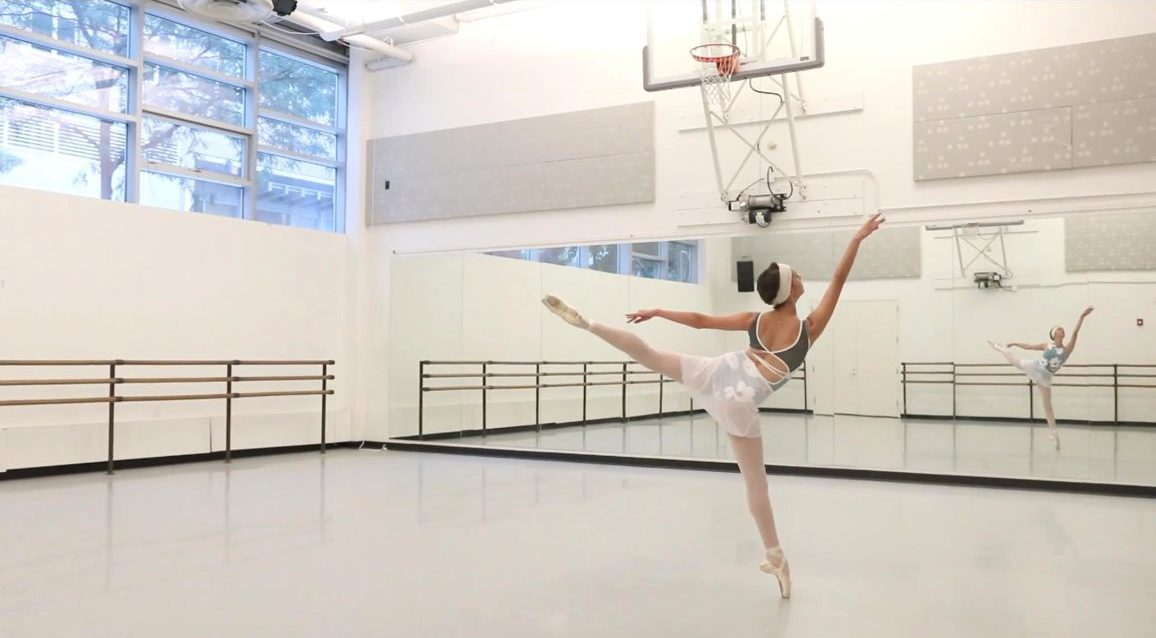 “Chiara is the sweetest girl I’ve ever known, she has such joy for the smallest things in life,” Ng said. “The best thing about my experience with Chautauqua has been the relationships I’ve formed with people outside of my arena.”

The pair continued their collaborative work and friendship throughout Chautauqua’s 2017 season, one Valle would leave to perform in The Washington Ballet, where she started as a trainee in 2016, until she started experiencing excruciating pain in her femur. Valle was diagnosed with Ewing sarcoma, a rare type of bone cancer. She was 19.

The typical treatment? Amputation of the leg. But knowing that Valle was a ballet dancer, her doctors decided to give it their best shot, blasting the tumor with 14 rounds of chemotherapy — one so odious it’s nicknamed “The Red Devil” — and 31 treatments of radiation.

In November 2018, Valle was cleared as NED, no evidence of disease. In March 2019, she returned to the barre.

And Ng caught the comeback on film.

In 2019, Ng, founder of Triple Pointe Media — a production company named in honor of his work with ballerinas — traveled to New York City to capture Valle in the hospital, in the studio and cement them with the “raw moments” in between.

From the beginning, Ng said he made it clear to Valle he wanted the film to be about “her story and her story alone.”

It’s an emotional story, Ng said. And every time he watches it, he cries. Although Ng knows he is conspicuously invested as a friend and a fellow artist, he said there is an “underlying message applicable to everyone.”

“Part of being a dancer is so visual and when you immerse yourself in ballet, everyone is looking at you all the time and expecting to see something very specific and very perfect,” he said. “I think this documentary allows people to see beyond their expectations.”

When Ng was born, he could see “as well as any other kid,” and no one in his family had issues with their vision. But when he was 12 years old, he was diagnosed with cataracts in his eyes. Complications from cataract surgery in one eye caused glaucoma, a group of eye conditions that damage the optic nerve.

The impact for Ng was sudden and profound. There was a period — two years — when he couldn’t see his mother’s face.

“Playing the violin and piano lifted me out of my depression,” Ng said.

After 16 eye surgeries over the past 15 years, Ng now has a prosthetic in one eye and no night vision or depth perception. So he can empathize with Valle’s experience — the lack of control when health hinders a seemingly boundless career. But he wants something bigger, even broader to come of his documentary. Ng hopes to make it clear that every single young artist who comes through the gates of Chautauqua has “their own story and their own struggles that are not often seen or told.”

“For me, even if Chiara had not made it to The Washington Ballet, the fact alone that she tackled cancer head on with no regrets makes her a success story,” Ng said. “The most inspiring people, I think, are the ones who have struggled. Our struggles give us perspective, perspective gives us clarity. And clarity? Clarity gives us hope.”