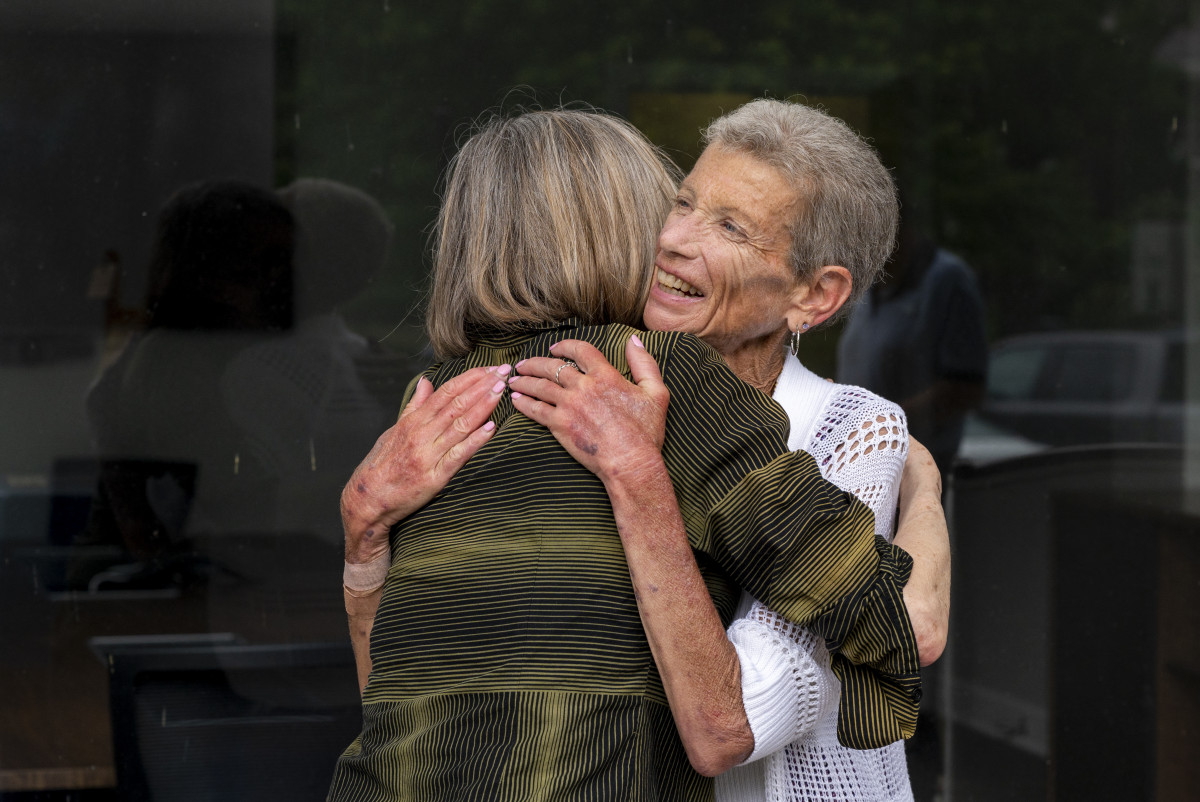 The Chautauqua Post Office is, in its own way, a pillar of the community. The building has been there for well over a hundred years, welcoming generations. To this day, Chautauquans will talk to each other while in line, content to be where they are.

For the past 15 years, when Chautauquans picked up their mail, they were likely greeted by another pillar of the community: postmaster Laurie Lindquist, who announced her retirement on March 31 due to stage 4 pancreatic cancer.

“I have made so many friends, and I call them friends because I truly feel they are,” Lindquist said in  recent interview with the Daily. “If you could see the cards and the outpouring of love I have received since my diagnosis of cancer — it’s just overwhelming to me. I save every card, and I’ve got over 1,500 of them so far.”

On June 8, Chautauqua held a retirement ceremony for Lindquist. Dozens of masked Chautauquans waited in a line that stretched from the Colonnade across Ames Avenue and toward the Bestor Plaza fountain. Lindquist embraced and talked to each one. Simply put, Director of Religion Maureen Rovegno said, the celebration was “a love fest.”

“Laurie hugged masked people for over an hour and a half, and the messages and kudos that poured in from all over the country from those who could not be here were extraordinary testimonies to how truly beloved she is,” Rovegno said.

The Chautauqua Institution Facebook page posted about the meet and greet to honor Lindquist. The post has hundreds of likes and dozens of comments, all of which included the commenters’ love. Some included the number of their post office box.

“Laurie has greeted thousands of new and longtime visitors with a friendly smile, helping them navigate this place with her incredibly deep knowledge of the Institution, the community and her work,” the post read.

One of the many people Lindquist has connected with over her tenure is Rovegno, who sent out a few update emails about Lindquist over the Chautauqua Grapevine, a community Google Group, sharing how the postmaster was doing, announcing her retirement celebration and a request for people to be her prayer partners.

Lindquist said people at Chautauqua gave her that same love every day. One man would visit her during the summer and tell her about each morning lecture because she couldn’t attend due to her work at the post office.

“Every day, you talk with somebody,” Lindquist. “There’s somebody that does mean something to you.”

“A lot of people don’t realize she didn’t go on vacations every year,” Anderson said, “so the vacations, few and far between, were very special to Laurie.”

Also special to Lindquist were her multiple runs a day. Her self-care routine started when her youngest son started running to train for football, and he asked her to come with her.

That care extended to others — she knows almost everyone at Chautauqua by name and box number.

“I want to please them because they treat me so well; I try my best to treat other people the way they treat me and everybody has gone above and beyond to be kind and gracious,” Lindquist said.

Over her tenure, Lindquist has helped nurture a sense of community in the post office.

“People here don’t get impatient waiting in line,” Lindquist said. “They use that time to visit with the person that they’re in line behind or in front of you. Getting the mail is a side thing.”

Lindquist said this calm attitude is part of what makes Chautauqua unique.

“I think people come here with the attitude that ‘The outside world can stay where it is, and I’m here,’ ” Lindquist said. “ ‘I can visit my friends. I can take a deep breath. I can be with my family.’ ”

As a full-time employee of the United States Postal Service, Lindquist worked during the slower months of the off-season, which allowed her to have longer conversations with Chautauquans.

“I always used to laugh and say that my canine customers outnumbered my human customers. I would keep all three sizes of dog biscuits for all sizes,” said Lindquist, who herself has a dog named Winnie and a cat named Charlie.

“I was there for 15 years and every year it got better and better,” Lindquist said. “It’s such a wonderful thing to be able to love your job because you love the people — not only the people that you serve, but the people you work with every day. It just is very gratifying to be able to say, ‘I love my job.’ And I have loved my job.”