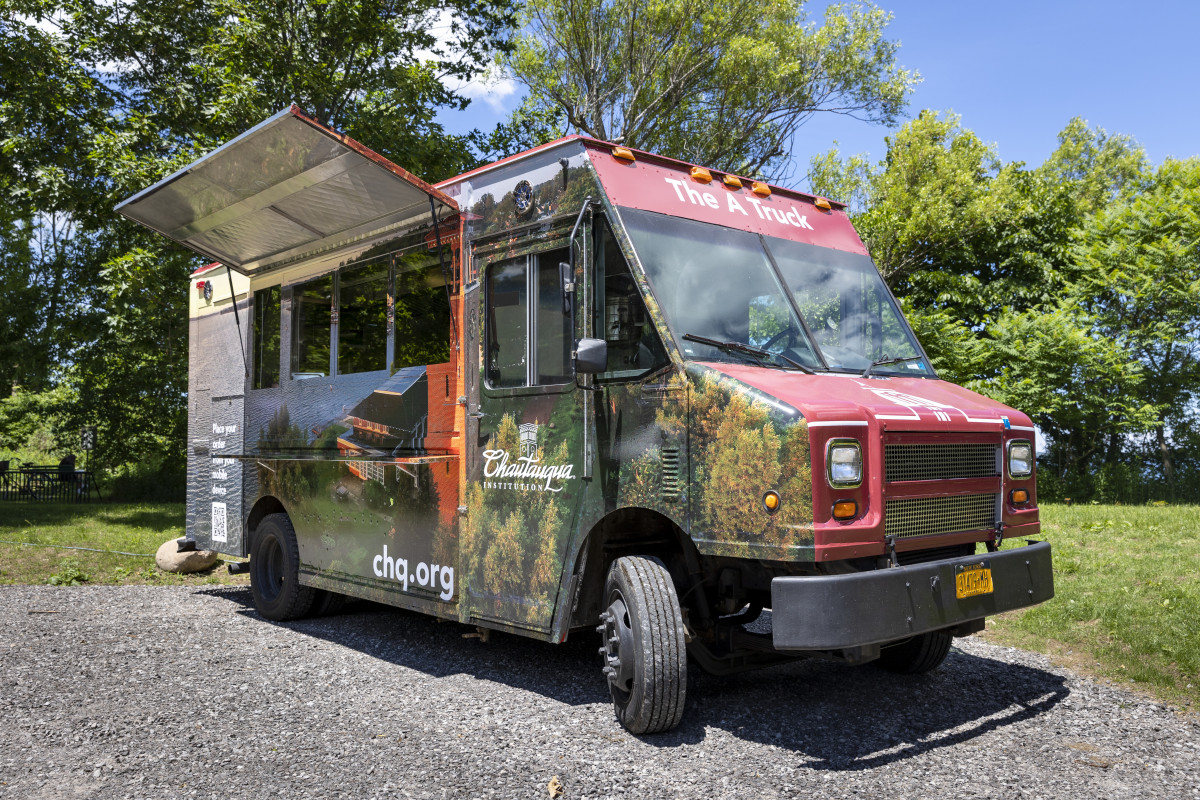 Chautauqua Institution has expanded its dining options with a new food truck and bar. With a lakeside view and next to the chimes of the Miller Bell Tower, Chautauquans can now eat Asian fusion-inspired cuisine at The A Truck and buy a beer at 3 Taps.

Both will be open together from 11 a.m. to 9 p.m., so Chautauquans can buy food outside for around $15 and also order a beer inside. Executive Chef Edward Work recommends the pork belly dog and the sesame ginger salad.

The area around the Pier Building also had a face lift. Paul Sass, director of food and beverage operations, said the gravel lot was redone, water and electrical lines were added for the food truck, the inside of the building was renovated to add a bar and high tables, and much of the grass behind the building was replaced with crushed limestone. There is also a new awning on the patio, as well as fire pits, rope railing and Adirondack chairs. The food truck and bar will have a staff of around 10-15 people, including three chefs and multiple cocktail servers. Sass said the Asian fusion-inspired cuisine was selected to give Chautauquans expanded food options. The truck gets its name from the Athenaeum Hotel. Work said that other food trucks were considered, including fire truck with a wood fire pizza oven in the back.

“It’s just an extension of the food that (Work) creates here,” Sass said. “He’s now putting it in truck form.”

The name of the bar refers to the Three Taps of the Gavel delivered by the president of Chautauqua Institution to open and close the Summer Assembly. Appropriately, the bar has three taps for beers. The A Truck was taken for a test drive June 16 to serve members of Institution staff as a pre-season celebration. Sass said the response from the community was overwhelmingly positive, and that some employees said they wanted to order from there every day. He said if the response during the summer season is positive, more food trucks may be added.

“We look forward to these seasons, we really do,” Sass said. “It’s almost like every year you open up something new again. We look forward to planning out the details to get to that, and then hope all the things that we planned for come to life.”