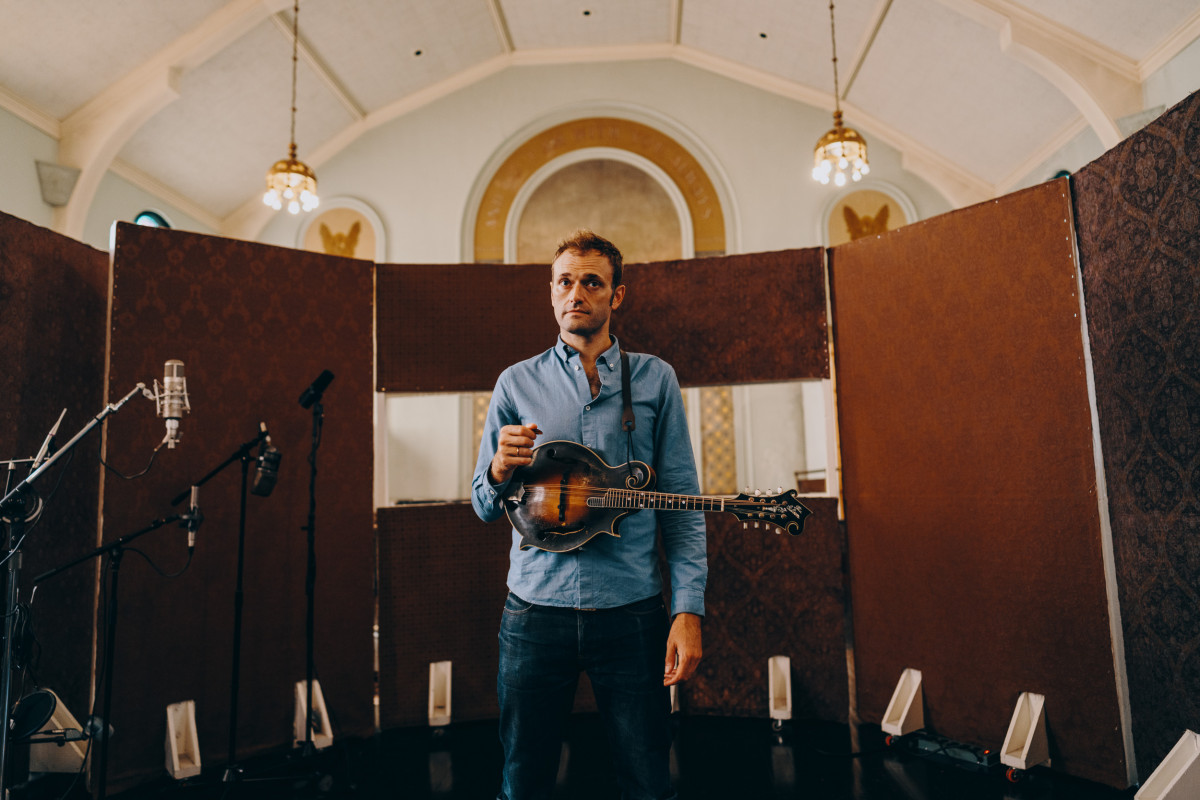 Chautauqua is kicking off its 2021 season with a familiar face: Chris Thile, mandolinist, singer and songwriter. Thile, who last performed at the Institution alongside his group Punch Brothers, is appearing solo at 8:15 p.m. Saturday on the Amphitheater stage.

Thile, who has been hailed by NPR as a “genre-defying musical genius,” has won four Grammy Awards and was a 2012 recipient of the MacArthur Fellowship, the coveted “Genius Grant.” His new album Laysongs, released June 4 on Nonesuch Records, is his first truly solo effort in 30-odd years of professional musicianship.

“I’ve always prioritized collaborative recording,” said Thile, who until last summer was the keystone in “Live From Here,” the NPR successor to “A Prairie Home Companion’’ with Garrison Keillor. As showrunner, Thile played on air with acts like Aoife O’Donovan and Sarah Jarosz. “But when I realized I had an opportunity to make a solo record,” Thile reflected, “I didn’t want it to be because I had to. I needed a deeper reason.”

Thile decided to lean into those feelings and built his new record around a three-part work, “Salt in the Wounds of the Earth,” written for a residency at Carnegie Hall. Thile called it the “dysfunctional soul of this record.”

Performing live again, for Thile, is another big change. Thile has been making music “nonstop” since age 8. COVID-19, he said, was “the first time I’ve taken this much time away. … It was an opportunity to be forced to take a step back.”

“Thile represents an important American voice,” said Deborah Sunya Moore, Chautauqua’s senior vice president and chief program officer (interim) and vice president of performing and visual arts. “He is carrying on the folk tradition, but he is also a songwriter and composer focused on making great music.”

Now that New York has lifted virtually all COVID-19 guidelines for the vaccinated, venues are able to welcome even more patrons. Moore said the season is beginning with solo acts like Thile and working up to larger group performances like those coming to the Amp stage in August. The solo acts like Thile would “delight audiences” and welcome them back to live music, she said.

“In the middle of the pandemic, it was impossible to know what the guidelines would be — but we planned with purpose and hope,” Moore said.

Moore said Thile will be by himself on the stage, but that it would be a communal experience nonetheless. She said it will be a beautiful and inspirational way to open the season.

Though COVID-19 has been traumatic for everyone, Thile said, every musician he knows has been “chomping at the bit” to get back onstage.

“It has felt like improvising — but a magical improv session,” Thile said of planning live sets.

He isn’t just going back to a routine, either: Thile described the “catalyzing newness” of returning to performing in person. “There’s an aspect that’s so beautifully alien.”

“When I pulled up last time, the setting felt like a dream. The performance felt like a dream,” he said. “(The Amp) feels inextricably woven into the community where we can come together in good company and take part in a rare and righteous form of community.”