The importance of reading and storytelling is on Cherie Harder’s mind. She believes the way we read and share stories needs to change for the greater good.

At 1 p.m. Wednesday, July 14 in the Amphitheater, Harder will present this idea in her lecture “Reading for Justice,” the last of the Week Three Interfaith Lecture Series for the theme of “The Ethical Foundations of a Fully Functioning Society.”

Harder is the president of the Trinity Forum, which is “contributing to the renewal of society by cultivating and promoting the best of Christian thought, and helping leaders to think, work, and lead wisely and well,” according to its website.

She compared it to the Aspen Institute, but with a Christian view.

“We try to provide a space for leaders to wrestle with the big questions in life, but in the context of faith,” she said. “We try to provide a platform for the best in Christian thought leadership. We host discussions, Socratic forums, lectures and conversations with people wrestling with big ideas and trying to do so Christianly.”

Before this role, Harder held a series of important roles in Washington, D.C. She served as a policy adviser for Senate Majority Leader Bill Frist; special assistant to President George W. Bush; the director for policy and projects for First Lady Laura Bush; and senior counselor to the chairman of the National Endowment for the Humanities.

One of the questions of the week for her is, “What’s the relation between virtue, excellence and character in personal and societal happiness?”

She said her past work helped her answer such a question.

“Whether coming at it from a position of legislation on Capitol Hill or at the National Endowment for the Humanities, we’re essentially trying to find the best of the humanities — the best of literature and letters which speaks to what it means to be human and what the good life is,” Harder said.

Comparing her time in Washington to the present day, Harder said reading and storytelling is more challenging now than in the past. She said reading is on a decline, which has implications for individuals and society at large.

“It seems harder to sustain the idea of a shared story that we are all a part of and that we all contribute to and have a place in,” she said. “That, I think, is one of the factors behind our increased division, polarization and instability to each other.”

Harder said stories that answer the aforementioned question help shape ideas of justice in ways that argument or laws may not. A couple examples could be Ralph Ellison’s Invisible Man, or Aleksandr Solzhenitsyn’s The Gulag Archipelago, she said, noting that they shape ideas of what is just, virtuous and what it means to live in a flourishing society. Nowadays, she said, people read less, and have fewer shared stories.

“It’s more the sort of reading one does with a text or tweet where you’re essentially strip-mining for information and reacting, as opposed to imaginatively entering into something,” she said.

Harder expects Chautauquans will already understand the value of reading and storytelling, but she hopes they take away from her talk reading’s formative influence.

“As we as a country … try to navigate a liberal democracy that is increasingly diverse, (we need) unifying stories for coherence and flourishing,” she said. “Deep reading actually is an important part of that.”

With evocative costume design, ‘Blood at the Root’ illustrates school-to-prison pipeline in U.S. 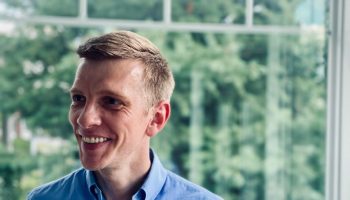 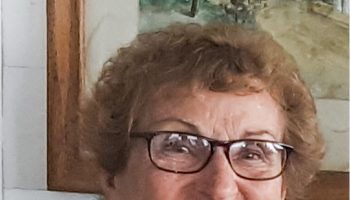