When it comes to the Week One theme and question of “What Should be America’s Role in the World?,” Aaron S. Williams thinks the best way to get the best answers is through the best people.

“Given the magnitude of the challenges we face in the world, whether it’s dealing with pandemics, migration, climate change, it’s going to require the best minds in America. … We can’t afford to have anybody, not in any sector of our population, not play a role,” Williams said.

“You need diverse expertise. … We need our most talented people being engaged and dealing with the challenges of the world.”

At 3:30 p.m. Wednesday, June 29, in the Hall of Philosophy, Williams, who was appointed by President Barack Obama and served as 18th director of the Peace Corps from 2009 to 2012, will launch the African American Heritage House’s 2022 Chautauqua Speaker Series.

His lecture will span numerous topics, chief among them his extensive experience in global affairs, the historic roles African Americans have played in American foreign policy, the critical role the United States plays in providing global leadership, and the importance of national service.

“Woven through all of this is going to be why we require — why we need — to have a diverse corps of foreign affairs experts to take on these monumental challenges,” Williams said.

Williams is only the fourth director in Peace Corps’ history who actually served as a Peace Corps volunteer. He was first inspired to serve in his youth by what he heard and read from President John F. Kennedy.

“I wanted to have a chance to experience a foreign culture, learn a new language and learn more about myself, and I thought service to the United States government would be a great pathway to do that,” he said. “And quite frankly, serving as a Peace Corps volunteer transformed my life. It changed everything. Everything that I’ve done in my career … everything emanates from my service as a Peace Corps volunteer.”

Williams has worked for corporations, nonprofits and in government. Currently, he is senior adviser emeritus of international development and government relations at RTI International, where, prior to his service as Peace Corps director, he was vice president of international business development. He’s been a senior official in the U.S. Agency for International Development (reaching the rank of career minister in the Senior Foreign Service), and was appointed by Obama in 2015 as the U.S. Alternative Representative to the executive board of UNICEF.

And all of it stems from the three years in the late 1960s that he spent volunteering for the Peace Corps in the Dominican Republic. In the decades that have followed, he said he has seen the Corps becoming more diverse — he also served for a time as the Corps coordinator of minority recruitment — but noted that equitable representation was always a key tenet of the organization.

When he was director, Williams said, 60% of Corps volunteers were women. And it’s of critical importance that diversity and representation continue to grow, not just in the Peace Corps, but across all foreign service entities.

Williams now considers himself “semi-retired,” but still works with RTI across a wide range of initiatives; he called it the “ideal place for me after the Peace Corps. … It’s dedicated to improving the human condition, and I’ve always been a mission-driven person.”

But what truly excites him, he said, and what he hopes to impart to his Chautauqua audience today, is the importance of engaging with young people, and young People of Color in particular, to encourage them to consider a career in global affairs.

“I have seen the marvelous things people in this generation can do, from working in microfinance to HIV/AIDS clinics. I’ve seen them combat malaria, improve irrigation systems for farmers, improve education for women and girls,” he said. “I have always felt that America’s multi-racial and multi-ethnic diversity is one of our greatest strengths, so it’s crucial that we seek to pursue that diversity across these fields. It’s an asset we need to grow and develop.” 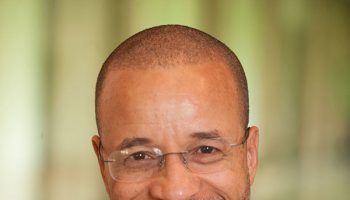 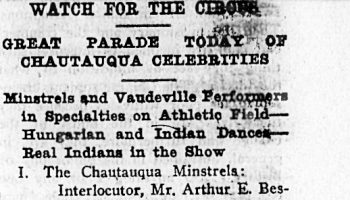 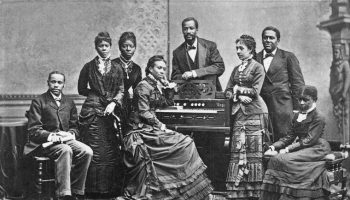