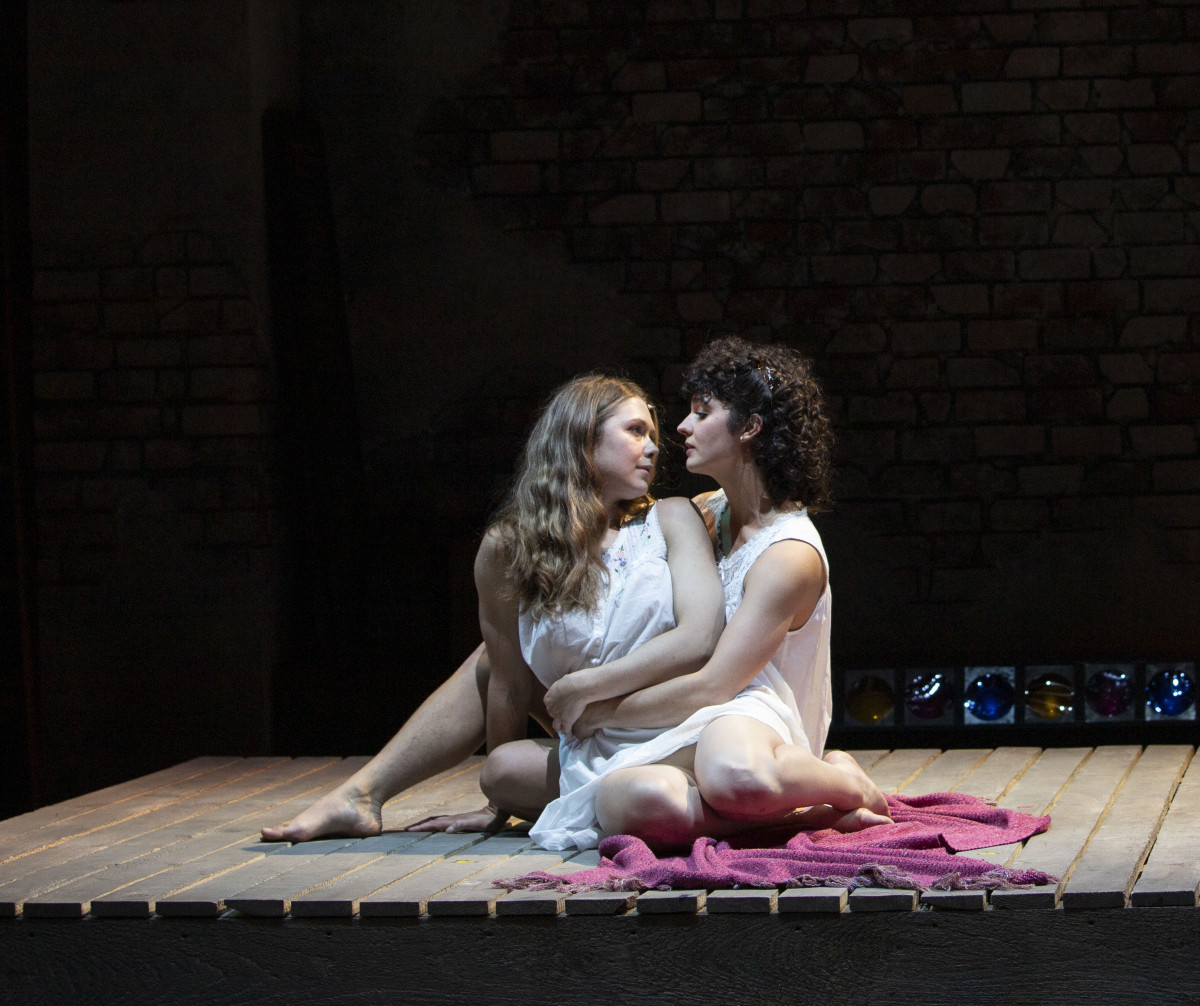 “If you must throw stones, throw them outside the tent.”

This advice is given to (and ignored by) Sholem Asch early in Paula Vogel’s sprawling, beguiling Indecent, which kicks off Chautauqua Theater Company’s season as a whip-smart production. Asch filled his debut play The God of Vengeance, written in 1906, with whores and pimps and lesbians. That’s bad enough. But, to add to it all, they’re Jewish whores and pimps and lesbians — and the real threat comes in his goal to have it translated from Yiddish into other languages.

Vogel spent some seven years developing Indecent, which began as a piece about the obscenity trial that awaited Vengeance when it reached Broadway in 1923. But she ended up going far, far deeper and wider in this semi-Brechtian distillation of the shameful treatment of Jews and homosexuals and immigrants in America: a treatment that still finds time to be funny and sexy and name-droppy and, in the hands of director Lisa Rothe, blazingly theatrical.

Curiously enough, Indecent makes the case for Asch’s play as a provocation and a tribute and a trailblazer — but not necessarily a strong piece of writing. We see his wife and an instantly stagestruck tailor (Conservatory Actor Charles Denton, in a beautifully calibrated performance) falling head over heels for Vengeance, but the snippets we see don’t make much of a case for it. In fact, a clever montage of various international productions demonstrates how stage performances tend to grow, and not always for the better, over time.

The melodramatic excesses in this sequence read as faintly ludicrous to a modern-day sensibility, and the temptation is to give it a pass on the assumption that this is what passed for convincing acting in its time. But Rudolph Schildkraut, the Austrian star performer who had envisioned Vengeance as his crossover hit in America, didn’t fare much better in 1923.

“He slaps his cheeks … pulls his hair and froth issues from his lips,” said one 1923 review. “He gurgles and mumbles, his eyes grow wet and glassy, and he dies a dozen deaths.”

As it happens, 1923 was also one year into the run of the biggest hit Broadway had seen at the time, Abie’s Irish Rose, which looked at an interfaith marriage through the eyes of a fully assimilated second-generation Jew named Abie Levy. It has been estimated that one-third of Broadway audiences at the time were Jewish, and they wanted to see Abie Levy, not a gurgling, glassy-eyed, cheek-slapping pimp.

The most vocal opposition to God of Vengeance came from within the Jewish community; a prominent rabbi named Joseph Silverman essentially ratted out the production, saying that it provided ammunition to those who would target “those unfortunates of our faith.” And Vogel, who wrote empathically from the perspective of a pedophile in How I Learned to Drive, musters a comparable level of sympathy for Silverman (Conservatory Actor Ben Schrager) in a vivid monologue.

In other words, there’s a lot of material to get through. Understandably for a play that dips deep and wide in history, Vogel sometimes settles for lumpy exposition. (If you were to bump into Eugene O’Neill on the heels of his winning a Pulitzer Prize for Anna Christie, would you say to him, “Congratulations on the Pulitzer for your play Anna Christie”? Even the notoriously long-winded O’Neill might hurry you along.)

Indecent has one, and perhaps two, endings too many, especially since one — an imagined flight that somehow conflates the joys of the play with the horrors of the Holocaust — is near perfect in its brutal simplicity. (This owes in part to Barbara Samuels’ wizardly lighting design, which conjures nearly a half century of stages, dusty attics and more.)

But both of these quibbles stem from the wildly high bar that Vogel, Rothe and the CTC have set for themselves. In the space of less than two hours, they have packed the Bratton Theater with love and lust and music and anguish, and a reminder that art can be, and sometimes must be, dangerous. The result promises to be an artistic high point of the 2022 season.

Eric Grode is the director of the Goldring Arts Journalism and Communications Program at Syracuse University’s S.I. Newhouse School of Public Communications.